Please ensure Javascript is enabled for purposes of website accessibility
Log In Help Join The Motley Fool
Free Article Join Over 1 Million Premium Members And Get More In-Depth Stock Guidance and Research
By Daniel Miller - Apr 1, 2017 at 8:22AM

For many consumers, purchasing a vehicle is a huge decision. For that reason, many turn to a wealth of online information via third-party automotive information websites and smartphone apps. These websites have become increasingly important as new vehicles are packed with more technology and higher trim packages, which have pushed prices higher and higher -- making smart decisions on these big-ticket items all the more important.

"Over the past five years, we've seen an explosion of innovation that has been employed by third-party automotive sites, among others, to guide automotive shoppers through the process," said Thomas King, J.D. Power vice president of PIN OEM operations, media and marketing, in a press release. "However, in the end, it always comes back to content and we have found that the top-performing sites are better at delivering key information on different devices." 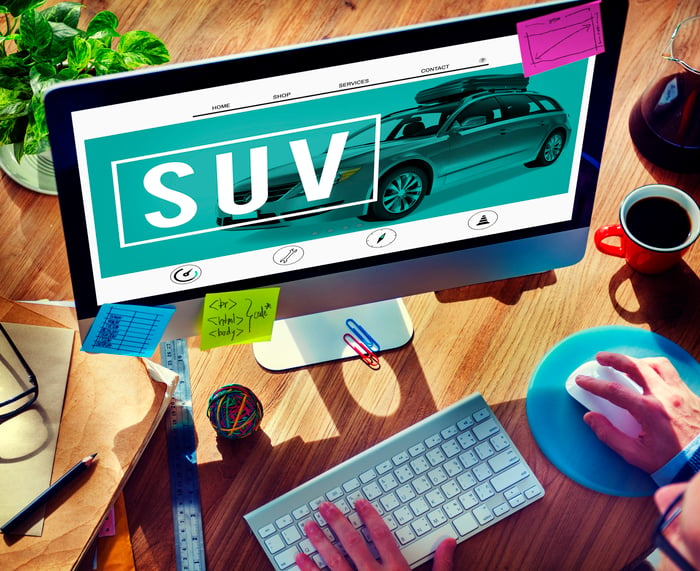 But which automotive website best serves the consumer? Fortunately for us, J.D. Power has evaluated and ranked the well-known websites in its recent "2017 U.S. Automotive Website Evaluation Study Cross-Device."

How the survey works

From a 10,000-foot view, the redesigned study evaluates the websites from both desktop and mobile platforms. The study judges overall site function and the importance of its features to online consumers. Desktop and mobile rankings are separately awarded and are based on combined scores of the four measures -- navigation, appearance, information/content, and speed -- on a total 1,000-point scale. Without further ado, here are the rankings as well as some key takeaways. 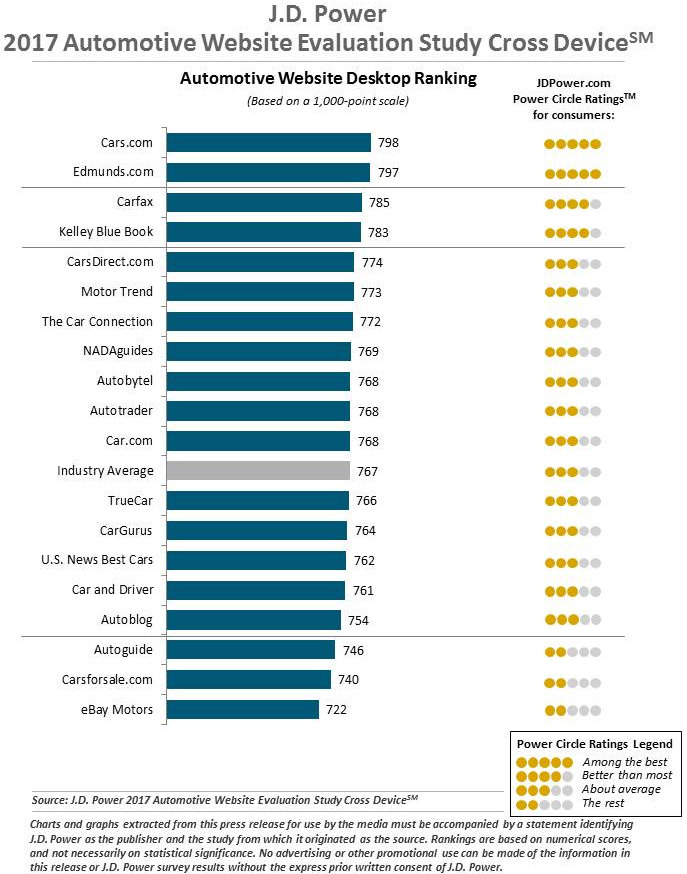 One surprising laggard to me was TrueCar (TRUE 1.00%), which has spent much of the past year developing and improving its website to improve marketability of its dealership network. Its effort to do so has dramatically improved its stock price over the past 12 months by 187%. That said, despite Cars.com and Edmunds.com taking the top two spots for their websites, both failed to hold those spots on the mobile rankings. 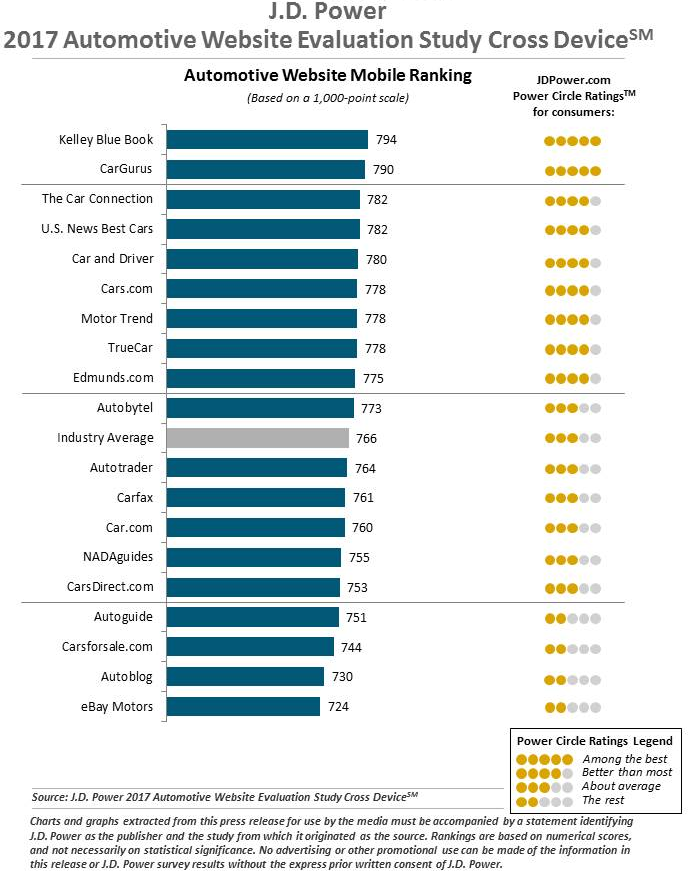 The second spot here, CarGurus, might surprise some, but it's a popular website and apparently even more impressive on mobile applications. It's great news for a company that's recently exploring an initial public offering and is rumored to be valued at roughly $1 billion.

One key finding from the J.D. Power study was that the consumers were far more likely to return to third-party websites with higher scores: 76% of satisfied shoppers (scores of 901 or higher) would "definitely" return. That might seem like a no-brainer, but with no switching costs involved, it's surprising to see that much loyalty to a website from a consumer who's presumably shopping around in the first place. On the flip side, if a website ranked poorly (scores of 500 or lower), only 3% of shoppers would "definitely" return. The key takeaway here for the websites, especially as new-vehicle sales in the U.S. plateau: Do content right, and do it right the first time.