Please ensure Javascript is enabled for purposes of website accessibility
Log In Help Join The Motley Fool
Free Article Join Over 1 Million Premium Members And Get More In-Depth Stock Guidance and Research
By John Rosevear - May 8, 2020 at 12:31PM

An earnings miss and no guidance aren't helping the stock.

Shares of online car-shopping service TrueCar (TRUE 0.00%) were moving lower on Friday, after the company reported a first-quarter loss that was worse than Wall Street had expected.

As of 1 p.m. EDT, TrueCar's shares were down about 10.9% from Thursday's closing price. 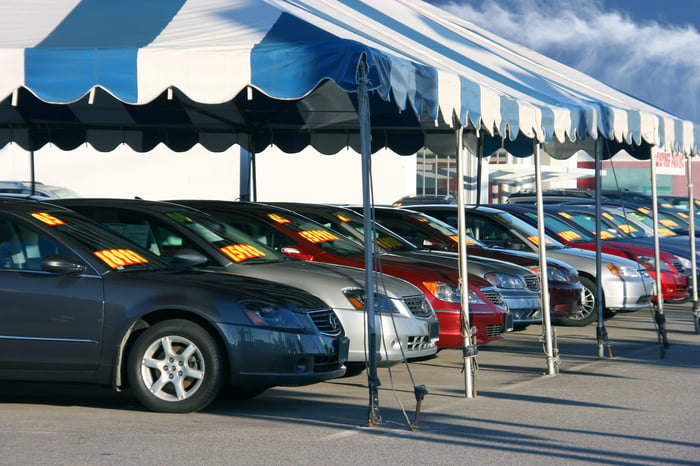 There was some good news (or at least, the reassuring kind) beyond the headline numbers, though. TrueCar ended the quarter with slightly more cash (about $183 million) than it had at the end of 2019, thanks to some quick cost-cutting moves as the new-car market began sliding in mid-March.

CEO Mike Darrow said that TrueCar launched a Buy From Home service at the end of March, allowing users to purchase a car without having to visit a dealership. Over 8,000 vehicles were delivered via the service in April, Darrow said.

TrueCar declined to update the full-year guidance that it had withdrawn in March. As with most of the automakers that have reported earnings over the last couple of weeks, TrueCar said that it needs to get a read on consumers' willingness to make big-ticket discretionary purchases in the coming months before giving investors a revised forecast.