Please ensure Javascript is enabled for purposes of website accessibility
Log In Help Join The Motley Fool
Free Article Join Over 1 Million Premium Members And Get More In-Depth Stock Guidance and Research
By Rich Duprey - Apr 1, 2017 at 8:27AM

The craft brewer is still able to tap into the one segment of the market that remains popular.

If you're one of those people that always sees the glass as half full, then you probably saw the silver lining ringing Craft Brew Alliance's (BREW) awful fourth-quarter earnings report.

Although the craft beer maker joined the growing list of brewers disappointing investors this year after it reported falling sales, declining operating profits, and a net loss versus a profit a year ago, it still had something to crow about: Its Hawaiian brand Kona Brewing continued to post some frothy growth. 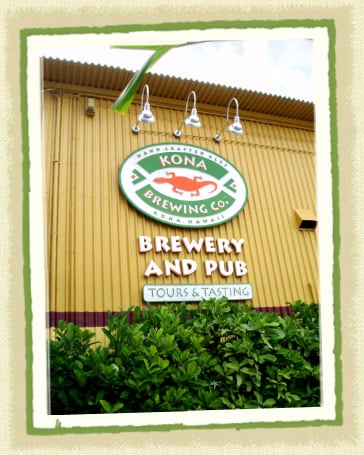 It's no surprise Craft Brew Alliance's results were poor as the beer industry itself has been suffering as of late. Mass-produced beers fell out of favor years ago and have been on a long, steady, though slow, decline. Craft beer has become a victim of its own success, with too many choices lining store shelves and drinkers looking for new, local flavors. Industry volume growth slowed to 6% in 2016 after years of double-digit increases.

Mega brewer Anheuser-Busch InBev (BUD 0.02%) reported lower sales and profits year over year, though it did manage to generate more revenue than analysts anticipated, while leading craft brewer Boston Beer (SAM -3.72%) said full-year depletions fell 5% and forecast they could be as low as 7% for the coming year. And though revenues were up 2% in the fourth quarter, that was only because there was a 14th week in the period compared to only 13 weeks last year.

Craft Brew Alliance also went flat, reporting net sales were down 7% in the fourth quarter as beer shipments plunged 13% from the year ago period. Quarterly gross profits were also down 13% while margins tumbled 210 basis points to 29.3%. All in all, the brewer said the decreases reflected reductions in shipment volumes, lower brewery utilization, and higher input costs. 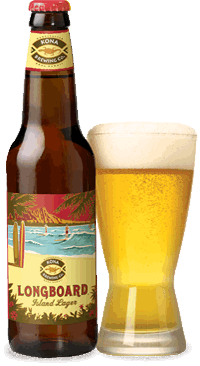 So where's the silver lining in all this? Kona Brewing enjoyed 12% depletion growth in 2016, the eighth straight year it's seen double-digit increases. Depletions are distributor sales to retailers and are considered an industry proxy for demand, and Kona's Big Wave brand actually grew depletions by 45% in the fourth quarter. Craft Brew Alliance says Kona's depletion growth was bigger than 90% of all craft breweries and it owns 11% of the market in Hawaii.

But let's face it, most craft breweries are small. Really small. Microbreweries, which are the most popular -- there are over 3,100 operating in the U.S. -- produce less than 15,000 barrels annually, according to the industry trade group Brewers Association. Craft Brew Alliance shipped over 165,000 barrels of its core brands in the fourth quarter alone (in comparison, Boston Beer logged 974,000 barrels shipped).

So, yes, Kona's growth is good, remarkable even in a depressed industry, but most of the industry is tiny.

Yet in that nugget there's still reason for hope, three actually. First, it's really only the big brewers of the craft beer industry that are suffering. Many of these small brands are still growing, because, as noted above, beer drinkers are looking for that local flavor. The fact that Kona is not only keeping pace with them, but surpassing them is good news.

Second, and related to the first, Kona Brewing still exudes that local feel. As Craft Brew Alliance noted, it holds a commanding presence in the Hawaiian market where it originated and though it's spread elsewhere it still possess that small batch feel that resonates with beer lovers, or what the brewer calls its "liquid aloha."

Last, Kona has grown to account for over 50% of Craft Brew Alliance's portfolio as it pursues the acceleration of its Kona Plus portfolio strategy, which relies upon the strength of the Kona brand to pull along its other craft brands. The first half of the strategy is successful, but the second half still needs some work.

Although it hasn't been enough yet to overcome the stagnation being seen in the craft beer industry, if you're looking for a reason to say Craft Brew Alliance's beer mug is half full, its Kona Brewing brand at least gives you something to toast.