Brain drain is a significant risk for this Apple supplier.

This is very clearly devastating news for Imagination, which relied on Apple for more than half of its revenue during its fiscal year 2016. If that Apple-related revenue completely dries up, it's hard to see how Imagination can survive as a stand-alone entity with its current corporate cost structure. 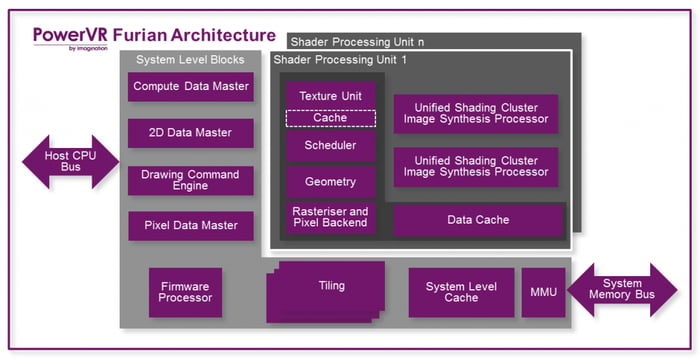 Even if Imagination eventually finds a way to get around the potential financial devastation that losing the Apple revenue stream would cause the company, there's a big risk Imagination now faces as its future hangs in the balance.

Would you stay at Imagination?

For a moment, try to put yourself in the shoes of a current Imagination engineer. Prior to this announcement, you were probably aware that Imagination was facing some financial difficulties, but at the same time, you knew that -- if you could do your job well -- you'd probably be able to count on having a well-paying job for the foreseeable future since Apple depends heavily on the technologies you are working on.

Following Apple's recent notice to Imagination and the subsequent public dissemination of that notice, Imagination's future is now incredibly uncertain because of Imagination's heavy reliance on Apple.

So, if you are such an engineer, and you've got a mortgage to pay and a family to feed, what's the next logical step considering this uncertainty? You're going to start sending out your resumes to companies with more certain futures.

For example, Apple has been making a lot of noise about building up a graphics team in the U.K -- no doubt in support of Apple's ambitions to cease using Imagination's technology in favor of internally developed technologies. I'm sure Apple would be happy to bring aboard more of Imagination's engineering staff to help it design its next-generation graphics processors.

I could also see Intel (INTC -0.75%) potentially wanting to grab some of this talent, as it seems to be working to improve its internal graphics efforts (which are certainly in need of work to make them more efficient) in service of its personal computer and Internet of Things products.

The point is, there are a lot of companies out there that would be interested in hiring engineers known for building some of the world's best low-power mobile graphics technologies, and I wouldn't be surprised to see some, if not all, of these companies step up their efforts in trying to recruit Imagination's (likely much more receptive) engineering talent in the near to medium term.

Brain drain is a huge risk

Even if Imagination somehow manages to ink a deal with Apple that allows it to live to fight another day, the potential brain drain Imagination could suffer in the meantime could weaken the company's long-term ability to develop and market competitive technologies.