Please ensure Javascript is enabled for purposes of website accessibility
Log In Help Join The Motley Fool
Free Article Join Over 1 Million Premium Members And Get More In-Depth Stock Guidance and Research
By Ashraf Eassa – Apr 3, 2017 at 8:30AM

Imagination's largest customer just told it that it will no longer be needing its technology.

On April 3, graphics specialist Imagination Technologies (NASDAQOTH: IGNMF) disclosed that Apple (AAPL 3.08%) -- a large customer of its graphics and multimedia intellectual property -- informed the former that it will "no longer use [Imagination's] intellectual property in new products in 15 months to two years [sic] time, and as such will not be eligible for royalty payments under the current license and royalty agreement."

Imagination says that Apple claims that "it has been working on a separate, independent graphics design in order to control its products and will be reducing its future reliance on Imagination's technology." 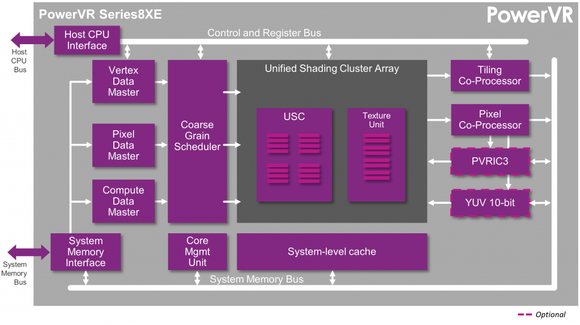 In an obvious attempt to assuage investors, Imagination explained that it "believes that it would be extremely challenging to design a brand new [graphics processing unit] architecture from basics without infringing on its intellectually property rights" and ultimately "does not accept Apple's assertions."

To put this into perspective, Imagination generated 120.0 million pounds (about $150 million) in "revenue from continuing operations" during its fiscal year 2016. Apple was essentially a 54%-plus customer in that fiscal year.

If Apple ultimately stops paying royalties to Imagination Technologies beginning in 15 months to two years, then -- barring substantial growth from other customers or markets -- Imagination will rather quickly see its revenue base cut by more than half.

This would be disastrous to profitability

Imagination Technologies has already been struggling to achieve profitability on its current revenue base – it recorded a loss from continuing operations of 16.5 million pounds (approximately $20.64 million) in its prior fiscal year. And during the first half of its current fiscal year, it generated "continuing operations operating profit" of a meager 2.9 million pounds (approximately $3.63 million).

Imagination says that it has "minimal direct costs associated" with the revenue that it generates from Apple.

In other words, Imagination would see more than half of its revenues evaporate into thin air without any potential reduction in cost structure, leading the company to steep operating losses.

What makes matters even worse is that Imagination recently restructured its business in attempt to bring its cost structure under control and to focus on its core competencies and business units (i.e., PowerVR graphics technology).

There's not a lot of room for Imagination to trim its operating cost structure to try to bring future operating expenses in line with what its revenue would be in a post-Apple world.

What's next for Imagination Tech?

We know that Imagination is discussing "potential alternative commercial arrangements" with Apple, but it's not at all clear if the latter will ultimately sign a new agreement that leads to significant royalty payments to Imagination in the future.

Furthermore, even if Imagination does sign a new deal with Apple, I'd imagine that the terms of that future deal would be less lucrative for Imagination, reflecting how much power Apple ultimately has in this relationship.

At this point, assuming that the Apple revenue goes away, I see two paths forward.

The first would be for Imagination to wave the white flag, admit defeat, and try to sell itself to a company that would see some strategic/technical benefit from having Imagination in-house. That said, considering that many of the mobile chipmakers either have their own in-house graphics technology or license technology from Imagination rival, ARM Holdings, the number of potential strategic buyers is probably quite limited.

The second would be to try to offset the loss of Apple by signing on new customers. This, too, is a lot harder than it sounds. Imagination has been making some progress in getting its graphics processors back into spots that it had previously lost to ARM Holdings, but ARM Holdings is much better funded and its future is clearly much brighter, so potential customers may be hesitant to bet their technical directions on Imagination considering the financial pickle that it soon stands to be in.

Imagination is in an incredibly tough spot and, to be blunt, I'm not at all tempted to buy the more than 60% "dip" in the stock price following this announcement.

Why I Own Confluent Stock