In this edition of our Better Buy series, we compare two well-known social media stocks on the market.

Facebook is the industry's kingpin. Its namesake site functions as the world's core social network, connecting friends for photo-sharing, messaging, and event-organizing. It's leveraged the power and profits from that business to make acquisitions including Instagram, Whats App, and virtual reality-headset maker Oculus, which have expanded its dominance over social media.

Twitter, on the other hand, is often seen as the pulse of the modern internet since the "micro-blogging" site has become indispensable for news organizations, influencers, and others looking to spread news, ideas, and other "trending" topics across the web.

Though the two companies may be the complementary poles of social media, as stocks, their fates have been much different. Facebook stock has soared since its 2012 IPO, and it is now one of the most valuable companies in the world, worth more than $400 billion. Twitter, on the other hand, has seen its share price steadily dwindle as the company has suffered repeated setbacks and is now worth significantly less than its IPO price.

Still, past performance does not guarantee future success. Let's take a look at what each stock has to offer to see which is the better buy. 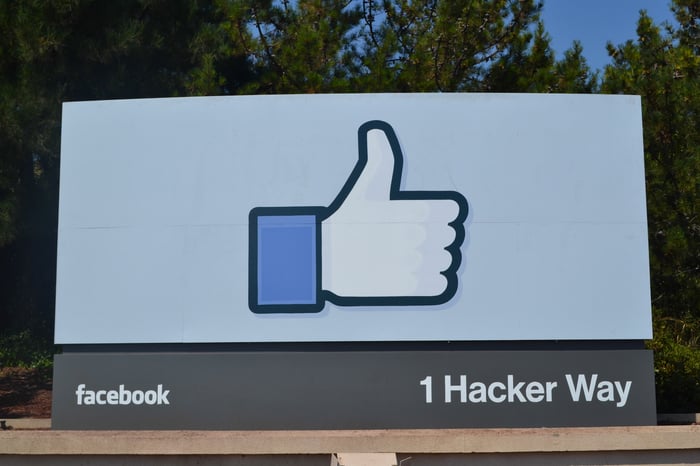 Facebook is the much larger of the two companies, but even so it is still outgrowing Twitter. The social networking giant finished 2016 with 1.86 billion monthly active users, a 17% increase from the year before. That uptick helped drive a 54% jump in revenue to $27.6 billion, and a 171% increase in net income to $10.2 billion.

Daily active users on Facebook increased 18% to 1.23 billion, and Instagram usage continued to surge as well, which has reached 600 million monthly average users.

Twitter, meanwhile, is seeing user growth plateau as monthly active users grew just 4% last year to 319 million. Daily user growth was stronger, however, increasing 11%, though the company does not disclose the number of daily users.

Twitter's financial performance, meanwhile, was also underwhelming. Revenue increased 14% last year to $2.53 billion, but was up just 1% in the fourth quarter. On the bottom line, Twitter has never reported a GAAP profit due to large stock-based compensation expenses, though Non-GAAP earnings per share increased from $0.40 to $0.57 last year.

Facebook trades at a P/E of 41, which seems surprisingly low for a company with earnings per share that just tripled. The company said revenue growth would slow in 2017 as ad load, or the percentage of posts that are ads, is reaching its saturation point. Facebook did not offer guidance in its recent earnings report, but analysts see revenue growing 37% at $37.8 billion. Earnings growth is expected to be slower, however, as the company steps up investments, and Wall Street sees adjusted earnings per share improving 28% to $5.42.

Twitter currently carries a P/E of 26, but analysts expect earnings per share to fall this year from $0.57 to $0.29 as the company issued downbeat EBITDA guidance for the first quarter. Analysts also see revenue falling 6.7% this year as advertisers are being drawn away by other platforms like Snap Inc's Snapchat. Considering the expected decline in profits, Twitter's lower valuation hardly makes it seem like a bargain.

Twitter continues to struggle even as President Donald Trump has drawn an inordinate level of attention to the site with his controversial tweeting habit, and that shows there are deeper problems with the business beyond slowing user growth. Twitter has had trouble demonstrating its value as an advertising platform, and management seems unable to adequately define the platform's purpose or mission, dissuading new users and business partners. The management team has also been a constant revolving door, making it even more difficult to turn around the company. Even current Twitter CEO Jack Dorsey splits his time as Square's chief, the other company he co-founded.

Facebook, by comparison, has been a model of consistency. It's still led by Founder Mark Zuckerberg, and his No. 2, COO Sheryl Sandberg, has been with the company since 2008. Facebook also has much more data on its users than Twitter does, and has leveraged that to give advertisers precise targeting that no other company can match.

Facebook's growth should continue as the company has a virtual monopoly in the social network sector. Twitter, on the other hand, seems lost. The smaller rival could eventually turn around its business, but that doesn't seem likely to happen in the near future as the company's recent initiatives have not helped.

Facebook, with its monster profit margin and growth potential, is clearly the better buy here.