The burrito chain said it became the first national restaurant brand to eliminate added colors, flavors, and preservatives from its food.  The announcement came after the company spent two years working on a new recipe to bake tortillas without dough conditioners or preservatives. An all-natural tortilla was the last step in Chipotle's years-long effort to eliminate GMOs, preservatives, and any artificial ingredients from its food.

Chipotle touted the accomplishment as founder and CEO Steve Ells said the company's mission was about serving better-quality and better-tasting food. "Ultimately, all of the decisions we make about the ingredients we use are about making the very best tasting food we can," Ells said. 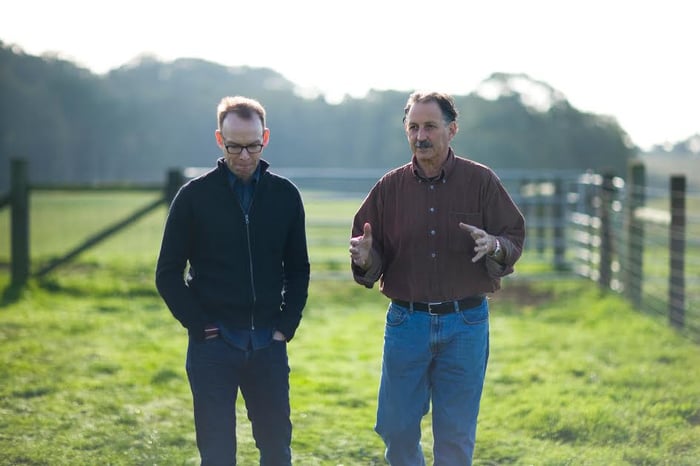 Ells also took the opportunity to taunt some of his fast-food rivals, explaining that the FDA's loose definitions can mislead consumers. Of McDonald's Corporation (MCD 2.46%), he told Business Insider, "They don't have a clean chicken nugget! They still have industrial ingredients."  Ells also took a shot at Panera Bread (PNRA), which said in January that it had achieved a 100%-clean menu even though it still uses "natural flavors."

Panera CEO Ron Shaich responded to Ells' attack by saying the burrito chain has "problems" and that "they shouldn't be throwing bombs," a reference to Chipotle's recent E. coli outbreak.

Ells, who was a classically trained chef before opening the first Chipotle, has long been focused on the company's "Food With Integrity" platform, which includes using local produce when available and meat and dairy from animals that are humanely raised without the use of human antibiotics or growth hormones.

Ells has said earlier of McDonald's -- which was the majority owner of Chipotle for eight years -- that he was "absolutely disgusted" by a visit to a McDonald's chicken farm.

Ells and his company's mission to serve all-natural, humanely raised food has helped drive a trend across restaurants as even traditional fast-food chains such as McDonald's have sought to move away from artificial ingredients, promising to remove antibiotics from the chicken it serves and eventually switch to cage-free eggs, for example.

But the connection between Chipotle's mission to go all-natural and what its customers actually want has never been entirely clear, even as the "Food With Integrity" platform has become the primary focus of the brand over the years. Back in the 1990s, Chipotle used to run ads with a picture of its foil-wrapped burritos that read, "Full belly. Under $5." That sort of value-focused branding is long gone.

Bigger problems to deal with

Beyond the E. coli crisis that battered the stock and pushed sales down more than 20% at established stores last year, management acknowledged some more recent self-inflicted wounds. Ells said in December that by Chipotle's own grading system, half of its stores rate a "C" or worse because of poor service and a lack of cleanliness.  As Chipotle made food safety its principal focus last year, employee turnover increased and the company lost sight of executing the everyday tasks of running restaurants. Ells seemed to blame that lack of execution for the slow rebound in sales.

But importantly, Chipotle's customers care much more about slow-moving lines, incorrect orders, dirty bathrooms and other such operational issues than they do about whether tortillas are made with dough conditioners. Especially at a time when customers may be giving Chipotle another chance after the food-safety crisis drove them away, the company cannot disappoint them again.

It's not a bad thing to serve all-natural tortillas, of course, and it's great if they taste better, but taking care of restaurant basics such as keeping stores clean; serving quality, tasty food quickly; and, of course, not getting them sick must be the first order of business.

This isn't the first time in recent memory that Chipotle's priorities have seemed misaligned with its customers'. The company refused to scale back store openings last year, and a short film it released last summer was devoid of any reference to food safety, the primary reason customers stayed away.

As a longtime shareholder and avid customer of Chipotle, I'd like to see it do better. We'll learn more when the company reports first-quarter earnings in a few weeks. As it moves past the worst of the food-safety crisis, it has a low bar to overcome. Investors can hope the company will have improved on store-level execution, as that is currently its biggest challenge. It needs more than just a better tortilla to bring customers back.