A report from BlueFin research suggests that demand for Intel's chips has been stronger than expected.

According to a research note from BlueFin Research partners (by way of Barron's), chip giant Intel (INTC -2.86%) enjoyed "strong month of March production activity." Additionally, BlueFin said that Intel's chip production in during its first quarter grew between 1% and 1.5% from the prior quarter -- 100-150 basis points ahead of BlueFin's previous expectations.

"Our one-quarter lag production model suggests that [Intel] production plan this quarter remains ahead [sic] the current Wall Street revenue consensus of -3% for the June quarter," the analysts wrote.

Additionally, BlueFin goes on to say that the overall personal computer market performed better than expected in March, which led to "shipments slightly above the high-end of [BlueFin's] forecast range of 64-65 [million] units." 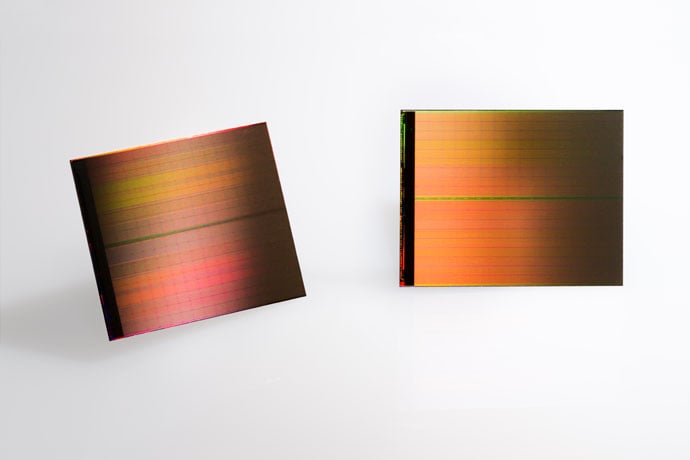 Digging into the production increases

The growth in 3D NAND production at Intel's newly started Fab 68 doesn't come as too much of a surprise; Intel is in the process of moving a sizable portion of its NAND-flash based product lines from using NAND flash (some of it 3D NAND based, the rest of it built on costlier planar NAND) produced by factories jointly owned by Micron (MU -2.95%) and Intel to its wholly owned Fab 68 factory.

The reported combination of strong 14-nanometer chip production and better-than-expected personal computer demand likely means that investors shouldn't worry too much about negative financial surprises when the company reports its financial results and outlook later this quarter.

In addition to the production information, BlueFin also offered an interesting tidbit with respect to Intel's chip manufacturing technology prowess. It said, "[Intel] continues to hold the process technology leadership bar none," citing a "survey of the leading [semiconductor] equipment and advance [sic] material suppliers" that it performed.

Obviously, the better Intel's competitive positioning with respect to manufacturing technology is relative to that of its peers, the better off its businesses will be. Intel doesn't compete directly against TSMC, Samsung, and GlobalFoundries for contract chip manufacturing business (Intel offers foundry services but has no real share here today), but Intel's direct competitors rely on TSMC, Samsung, and/or GlobalFoundries to manufacture their chips.

Intel's job going forward will be to increasingly try to leverage whatever advantage it has in chip manufacturing technology to defend its positioning in businesses where it's dominant while at the same time boosting its share in areas where it's not a large player today.