Sticker shock may drive most investors away from these expensive-looking stocks, but digging a little deeper reveals hidden value.

While the price-to-earnings ratio of a stock is a good way to get a sense of whether or not that stock is cheap, it's far from perfect. Temporary setbacks can push down earnings and make a stock look more expensive, and one-time charges can have the same effect. Investors often need to look deeper to determine how cheap or expensive a stock truly is.

We asked three of our contributors to discuss a two-faced stock, expensive at first glance but cheap once the details are considered. Here's how RH (RH -0.99%), BorgWarner (BWA -1.25%), and Staples (SPLS) are far cheaper than they appear.

Poised for a rebound

Daniel Miller (RH): If investors merely glance at metrics on third-party sites, they could be missing essential context about a stock's valuation. For instance, if a company takes one-time charges that aren't adjusted in the metrics, or hits a temporary downturn in earnings for other reasons, it can quickly push down a company's trailing price-to-earnings ratio, which may or may not be fair.

A great example of this is RH: the stock's TTM price-to-earnings ratio checks in at 61, per Yahoo! Finance, but is a much less expensive 19 forward price-to-earnings based on Morningstar's 2017 earnings estimates. Metrics aside, the company is a leading luxury home furnishing producer -- it sells products in categories including furniture, lighting, textiles, and bath, among others. 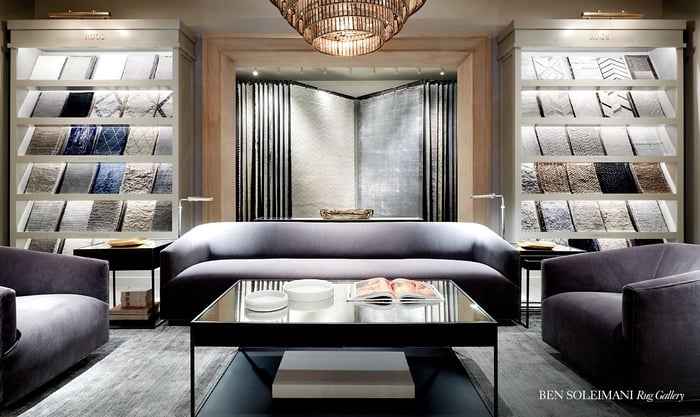 Because of a few missteps, and that's being polite, the company's earnings sank during 2016 and that caused wild fluctuations with its valuation metrics. The company had a year full of excuses, poor operating execution and production delays -- it even mailed out its Source Book late. On top of that, it was changing to a membership model with its RH Grey Card, which caused a disruption in revenue generation.

"Exiting fiscal 2016, we are now through the most uncertain stages of our transformation," said RH Chairman and CEO Gary Friedman, in a press release. "We made several strategic investments and changes to our business last year, which temporarily depressed financial results in the short term, that we believe will strengthen our brand and position the business for accelerated growth in fiscal 2017 and beyond."

True to that sentiment, RH did post better-than-expected results for its fiscal 2016 fourth quarter, which ended Jan. 28, 2017. Wall Street was fairly negative on the stock heading into the conference call expecting adjusted earnings of $0.65 per share on revenue of $585 million. RH topped those estimates with $0.68 adjusted earnings per share on revenue of more than $586 million.

Despite beating estimates, and the stock price responding with a roughly 15% gain Wednesday, revenue was still down 9% compared to the prior year's quarter, so it's not out of the woods yet. Thanks to RH's troubled 2016, its TTM price-to-earnings ratio looks expensive compared to how Wall Street expects it to perform going forward -- and while this company seems poised for a rebound, it is far from a sure thing.

Price-to-earnings ratio can be deceiving

Tyler Crowe (BorgWarner): Just about every valuation metric has some flaw that can skew our view of a stock. An excellent example of this is BorgWarner's stock. The company's stock trades at an absurdly high P/E ratio of 76 times. No investor in their right mind would pay that much for an automotive parts manufacturer. But a closer look at the company shows BorgWarner stock is more of an example of the P/E ratio's limitations.

One of the things that the P/E ratio doesn't account for is one time charges that may or may not impact a company long term. In this case, BordWarner recorded a $703 million non-cash charge concerning any potential liability claims related to asbestos. It should be clear, though, that these were not paid-out claims. It is a contingency charge that is the company's best estimate for potential future asbestos-related claims. That $703 million charge took a big bite out of earnings last year. Which, in turn, impacted the P/E ratio.

BorgWarner's stock looks pretty cheap according to some other valuation ratios. The stock has an enterprise value to EBITDA ratio of 6.9 times and a price to sales ratio of 0.99 times. Valuation metrics this low suggest the company's stock is pretty cheap.

With more and more automotive manufacturers wanting to boost fuel efficiency in their vehicles, BorgWarner's powertrain parts, such as turbochargers and hybrid motors, become more in demand. The company expects organic sales growth of 4% to 6% annually through 2018, and the company's track record of returns on invested capital of more than 18% makes for a strong case to own this company. Don't let the P/E ratio deceive you -- this is a great business selling at a low price.

Moving away from retail

Tim Green (Staples): Office supply superstore Staples posted a net loss of nearly $1.5 billion in 2016, a number that makes the stock look expensive at any price. But a series of one-time charges skewed the numbers, and the stock is actually quite a bit cheaper than it appears. Staples generated adjusted free cash flow of $889 million in 2016, and it expects to generate at least $500 million of free cash flow in 2017. With a market capitalization of about $5.8 billion, Staples is far from expensive.

While many view Staples as a struggling retailer, commercial delivery is its most important business. Staples is managing its retail business for profitability, closing stores and absorbing big declines in comparable sales. Meanwhile, its commercial delivery business is growing, with a 1% increase in comparable sales last year. It's also becoming more profitable, with segment operating margin jumping by 52 basis points in 2016.

These 3 Dividend Stocks Could Slash Their Payouts
413%