Please ensure Javascript is enabled for purposes of website accessibility
Log In Help Join The Motley Fool
Free Article Join Over 1 Million Premium Members And Get More In-Depth Stock Guidance and Research
By Jeremy Bowman - Apr 4, 2017 at 11:21AM

The burger champ says it will start using fresh beef in its Quarter Pounders, but doing so sends customers mixed messages.

McDonald's (MCD 1.77%) took its next step toward becoming a "modern, progressive burger company" after the fast-food giant said last week it would begin using fresh beef to make Quarter Pounders in most of its restaurants in the U.S. by mid-2018. The decision comes after Mickey D's had tested fresh beef in a handful of restaurants in Texas and Oklahoma.

It also follows other moves under CEO Steve Easterbrook to bring the company's food-quality standards more in line with consumer expectations as it's eliminated high-fructose corn syrup from its buns, stopped using human antibiotics in the chicken it serves, and pledged to switch to cage-free eggs. 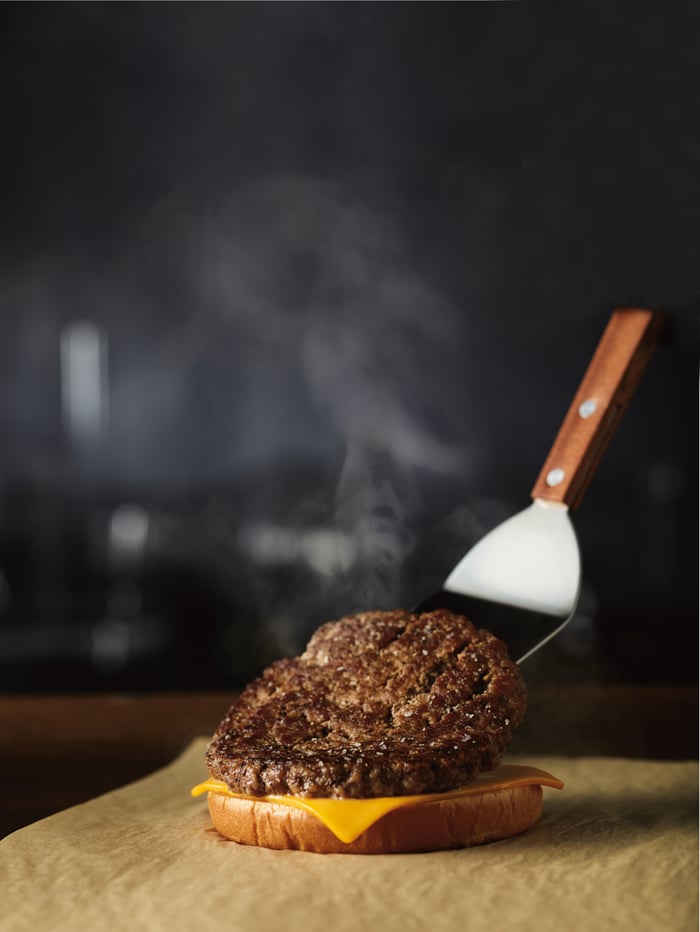 Wendy's (WEN 4.76%), which makes all of its burgers from fresh beef, had perhaps the best response to its rival's news.

.@McDonalds So you'll still use frozen beef in MOST of your burgers in ALL of your restaurants? Asking for a friend.

The retort by Wendy's underscores the problem with McDonald's decision. While it's admirable that it is taking steps toward serving a better product, using fresh beef for only one of the many burgers on the menu is ultimately meaningless from a branding perspective as it will do little to change customer perception, and it undermines the rest of the menu while promoting the Quarter Pounder. If fresh is so much better, why not switch the whole menu?

McDonald's seems to want to evolve beyond cheap fast food, a model that Burger King and others have embraced to their success, but customers have mostly rejected McDonald's "healthy" menu items like salads. The company is also concerned about losing customers to better-burger chains like Five Guys and Smashburger that offer a higher-quality product.

McDonald's has a price point to maintain, however, and it's unclear if it can serve fresh beef and still keep prices low enough for its customer base. That it's only switching to fresh beef for the Quarter Pounder seems to indicate that it can't make it work for the whole menu.