Housing market indicators remain in growth territory. Not only is residential construction in good shape, as measured by housing starts, but pricing also remains on the uptrend and affordability is still good compared with historical numbers. Each metric is important to Lowe's, Masco, and Owens Corning, because all three are reliant on home improvement as well as new residential construction, and as house prices rise, homeowners will be encouraged to make improvements. That's good news for all three companies. 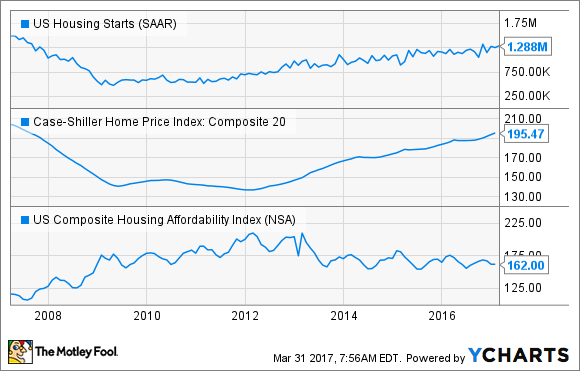 Owens Corning deals in roofing, insulation, and composites. The company generates 15% of its total revenue from new residential construction in North America and 38% from repair work, with its core roofing segment generating 79% of its sales from North America repair work. 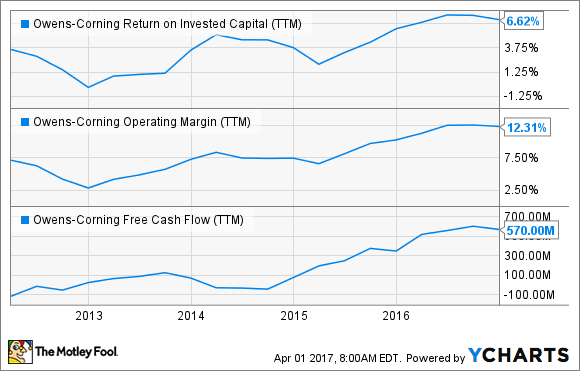 End demand for the roofing segment, which accounted for 55% of segmental earnings in 2016, comes from new builds, age-related repair work, and storm-related repairs. But following strong storms in 2016, revenue growth is expected to slow in 2017. This forecast goes some way toward explaining why EPS growth is slated to grow only 6.3% this year.

Meanwhile, the insulation segment, which made up 14% of 2016 segmental earnings, looks set to improve its performance in 2017. The company has a long-term opportunity to get the segment's margin back to a mid-teens level, up from 7% in 2016, as the market continues to slowly recover from the industry overcapacity created by the last housing boom in 2015.

Here's how Owens Corning compares with the other two companies in terms of adjusted earnings-per-share growth.

Meanwhile, Owens Corning's valuation is compelling on a relative and absolute basis. (Here's the investment case in more detail.) 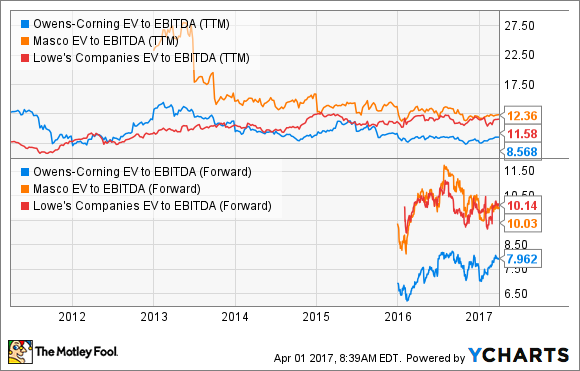 Masco's plumbing, architectural, windows, and cabinetry products make it a key player in the residential construction market. In common with Owens Corning, its margin has been rising as sales recover -- a demonstration of good operating leverage -- and analysts are expecting strong EPS growth in the next couple of years.

As such, its ratio of forward enterprise value to earnings before interest, tax, depreciation, and amortization (EV/EBITDA) of around 10 makes Masco well priced for investors looking for exposure to the housing market.

In common with its key rival, The Home Depot, Inc., Lowe's Companies has been a key beneficiary of a rising housing market. Moreover, the two companies have strong competitive moats in the home-improvement industry, and they've both recovered strongly from the depths of the housing bust. 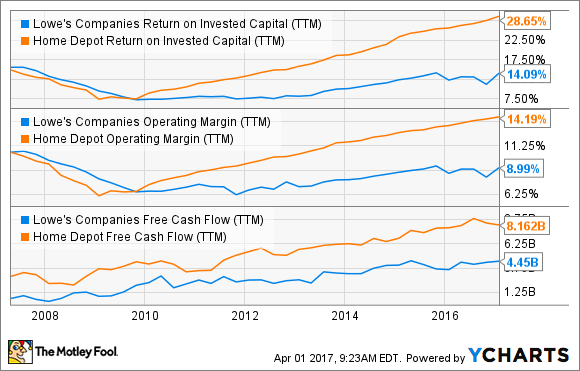 Moreover, analyst forecasts have EPS growing strongly, with the stock trading on a forward EV/EBITDA multiple of around 10. That's a good value, provided the housing industry really is in a prolonged uptrend. 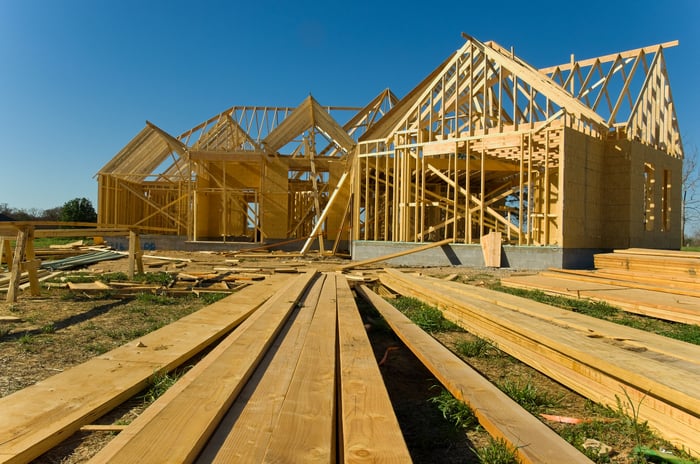 Ultimately, prospects at all three companies depend largely on a growing residential housing market, and I think the extra financial curbs and controls put in place after the financial crisis will help ensure that housing won't boom and bust in the manner it did in the mid-aughts. Moreover, housing remains a critical component of net household wealth in the U.S., and policymakers are likely to favor the industry for that reason alone.

All told, the long-term growth prospects look assured provided the economy keeps growing, and investors in these three stocks can look forward to earnings growth in the years to come.