Please ensure Javascript is enabled for purposes of website accessibility
Log In Help Join The Motley Fool
Free Article Join Over 1 Million Premium Members And Get More In-Depth Stock Guidance and Research
By Ashraf Eassa - Apr 5, 2017 at 6:30AM

Although the display is quite impressive and looks gorgeous in person, digging deeper into DisplayMate's test results for the S8's display, as well as its tests of the iPhone 7's display, reveals that the display found on Apple's six-month-old flagship can hold its own with Samsung's best in several important ways. 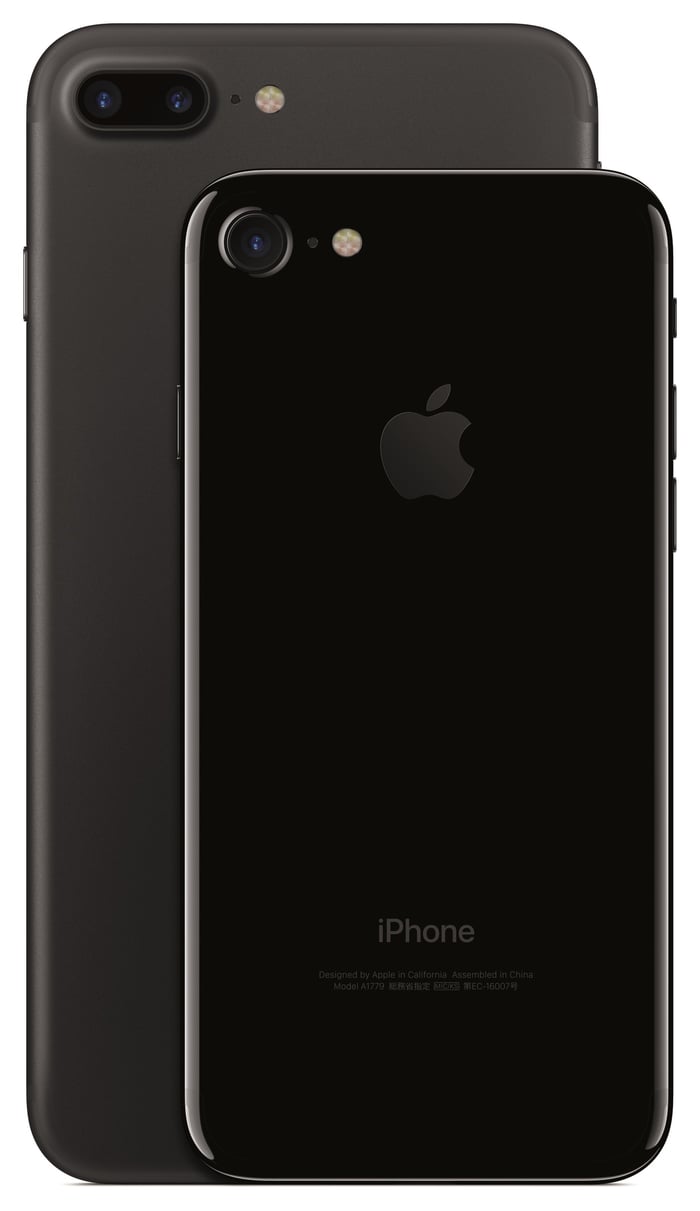 First, the iPhone display is brighter. Soneira's measures the peak brightness of the Galaxy S8's display when the screen is completely white at 405 nits, while at 50% average picture level and 1% full screen white, the S8's display achieves 460 nits and 565 nits, respectively.

These are solid results, but the iPhone 7 achieves peak brightness of 602 nits -- that's without automatic brightness -- no matter the content. This is one of the advantages of LCDs: Peak brightness doesn't depend on the content as it does with OLEDs.

It's worth noting that with automatic brightness, the iPhone 7's display achieves peak brightness of 705 nits, while the S8's display can hit between 575 nits and 1020 nits.

The S8's display, on the other hand, sees a white point, primary color, and color mixture shifts of 1.8, 4.8, and 3.2, respectively. These figures are "excellent," "very good," and "very good," respectively, according to Soneira, but the iPhone clearly delivers better results.

The S8 is probably a "better" display, but Apple deserves credit

Apple appears to have built truly excellent displays for its iPhone 7 and iPhone 7 Plus, and in several ways, those displays are -- according to DisplayMate's tests -- better than even Samsung's shiny new displays.

Nevertheless, Samsung's S8 display has many advantages of its own, including the infinite contrast ratio afforded to it by being OLED based, as well as the attractive curved, full-face design with minimal bezel.

In terms of what is likely to really catch consumers' eyes, the S8's display is obviously much more interesting than the ones found on the iPhone 7 and iPhone 7 Plus. However, credit where it's due -- Apple built some extremely fine displays for its current flagships that, objectively, still hold their own many months after launch.

The same couldn't really be said about the displays found on Apple's iPhone 6 or iPhone 6s series of smartphones, which to me signals a fundamental improvement in Apple's competitive positioning with respect to display performance and quality.