Please ensure Javascript is enabled for purposes of website accessibility
Log In Help Join The Motley Fool
Free Article Join Over 1 Million Premium Members And Get More In-Depth Stock Guidance and Research
By Reuben Gregg Brewer - Apr 5, 2017 at 9:22AM

The coal miner's Q4 and 2016 results weren't all that great, which wasn't a surprise. But they certainly didn't leave investors confident about Foresight's future.

Coal miner Foresight Energy LP (FELP) saw its units decline nearly 11% last month. That left the limited partnership down around 4% for the year through March. But it's been a pretty volatile year, with prices seesawing back and forth several times after starting off on a strong note.

The drop came in response to Foresight's fourth-quarter and 2016 earnings reports, which were released March 1. The coal miner said its annual sales volume fell 12% in 2016. Part of that could be traced to a fire at one of the company's mines, but the bigger issue was the company's weak finances. Included in the fourth quarter, for example, were a number of costs related to the company's financial restructuring efforts. 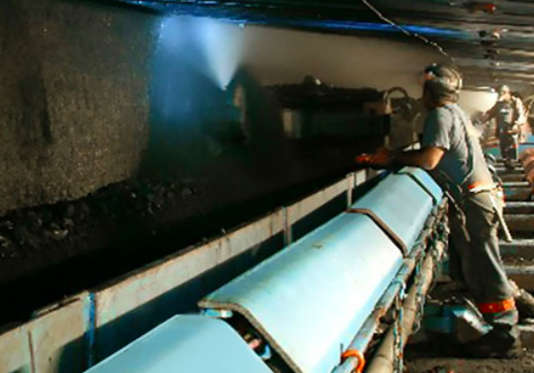 CEO Robert Moore summed things up nicely in the news release: "Calendar year 2016 was extremely challenging for Foresight with a global restructuring of our debt obligations during a period of incredible decline in the coal industry," he said. Although the company made sure to highlight positives like reduced costs and improved price realizations, those factors weren't enough to offset the negatives -- notably the still-stressed balance sheet.

On that note, the shares staged a brief rally, which quickly faded, following a mid-month debt announcement. The company priced $425 million worth of debt to be sold in a private transaction, and it announced a new credit facility. Although both are positive steps, neither materially alters Foresight's unfortunate financial situation.

Foresight Energy is a risky investment option for those seeking coal exposure. Although it operates out of the highly productive Illinois Basin, it's still struggling financially and laboring under a stressed balance sheet. Those conditions are not likely to change in the near term, so only aggressive investors should be looking at this company right now.