Services are more important to Apple (AAPL -1.92%) than ever before. Last quarter, 9.2% of Apple's revenue came from services, the highest percentage Apple's ever reported for its first fiscal quarter.

One of the biggest contributors to Apple's services is its App Store. Apple said it paid out over $20 billion to app developers in 2016, which implies it brought in between $8 billion and $9 billion for itself after taking its cut. App Annie estimates Apple actually grossed $34 billion in its App Store last year. It also expects App Store sales to grow to more than $60 billion by 2021.

The App Store is a major component of Apple's services revenue. As such, it's a significant contributor to its profit growth. 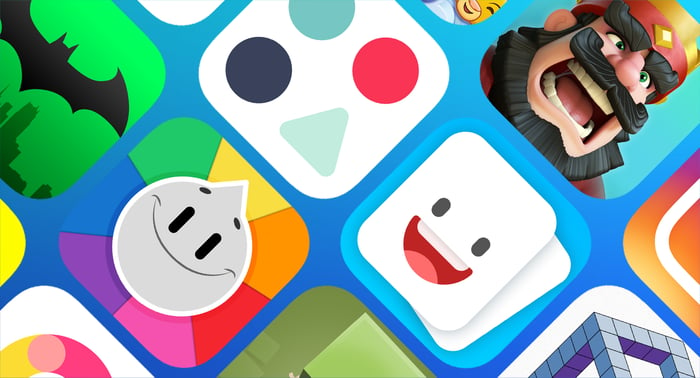 The gross profit margin on Apple's App Store revenue is ridiculously high. With over 1 billion active Apple devices around the world, the scale of the App Store means its cost of revenue is practically nothing. Apple just provides a storefront and developer support. As such, Apple keeps about 90% of App Store revenue as gross profit, according to Macquarie Securities analyst Ben Schachter.

The best part is that Apple doesn't have to sell more devices for App Store sales to grow -- though it likely will. App Annie expects revenue per device to climb through the end of the decade. There's always a new game, utility, or subscription service that consumers will want.

Is doubling being conservative?

Apple's next iPhone is expected to bring a huge wave of upgrades. Additionally, backlash from Samsung's (NASDAQOTH: SSNLF) Note 7 fiasco will likely provide Apple with a nice boost through the rest of the year. Samsung's misstep already showed up in Apple's first-quarter results when it reported better-than-expected iPhone unit sales.

As the installed base continues to climb, the App Store should see significant sales growth. Schachter believes App Store sales will climb at a 28% rate through 2021, implying App Store sales of nearly $100 billion that year. That assumes Apple's hardware sales stop growing after the next two iPhone cycles. Perhaps the true potential growth rate is somewhere between App Annie's and Schachter's estimates.

Investors shouldn't go around calling Apple a services company, though. Services may be growing extremely quickly, but they still only accounted for 9.2% of revenue last quarter. That growth is a byproduct of Apple's robust hardware sales.

Services, with its relatively high margins, represent an opportunity for Apple to juice the profitability of each of those hardware sales. That way, Apple can grow net income even if total revenue stays relatively flat.