Please ensure Javascript is enabled for purposes of website accessibility
Log In Help Join The Motley Fool
Free Article Join Over 1 Million Premium Members And Get More In-Depth Stock Guidance and Research
By Matthew DiLallo - Apr 6, 2017 at 9:00AM

After a lackluster start to the year, Rice Energy (NYSE: RICE) rebounded sharply in March, rallying nearly 20%. Fueling that bounce was a recovery in natural gas prices, as well as an analyst upgrade.

Natural gas had been under pressure all year, especially after this past February was the warmest since 1954. By mid-March, gas had lost a quarter of its value because of an oversupplied market. However, it awoke from that slumber toward the end of March thanks in part to the triumphant return of winter, which pounded parts of the nation with a major late-season snowstorm. That storm drove up demand for gas, sending the stocks of several gas producers soaring late last month, including Rice Energy and larger rivals Chesapeake Energy (CHKA.Q) and Southwestern Energy (SWN 7.35%), which both rose more than 5%. 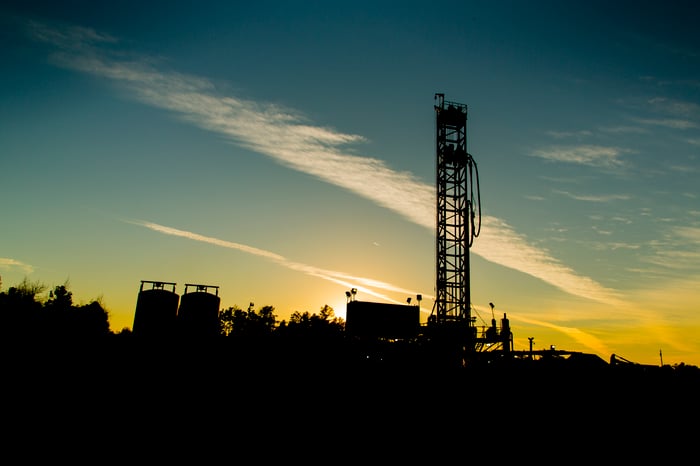 While rising gas prices helped ignite Rice Energy's rally, it wasn't the driller's only catalyst last month. The other fuel that drove the stock higher was an analyst upgrade from Stifel, which resumed coverage on the stock with a "buy" rating and a $32 price target. At the time, that price target was more than $10 above the stock's trading price. Incidentally, Stifel also initiated coverage on Southwestern Energy and Chesapeake Energy, awarding them both buy ratings and bullish price targets. In Southwestern's case, while Stifel has concerns about the company's inventory and cost structure, it likes the gas driller's current valuation. Meanwhile, Stifel thought Chesapeake Energy has top-tier assets that position it to succeed in a low-price environment.

However, not all analysts were that bullish on gas stocks. Seaport Global, for example, seemed to sour on Rice Energy at the end of the month, downgrading it from "buy" to "neutral" while lowering its price target from $28 to $26, which was still well above the stock's trading price at the time. But the analyst saw limited upside, given a long-term view that gas would remain around $2.50 per thousand cubic feet.

While Rice Energy's stock popped last month, analysts still see some upside, even if some think it's limited. Still, the driving factor for where Rice Energy goes from here is the price of natural gas. So investors who don't have an outright bullish view on gas might want to look elsewhere for opportunities, since Rice's stock could quickly give back last month's gains if the fuel cools off again.