A new report from a respected journalist says Apple isn't planning to move the Mac to its own processors anytime soon.

Respected journalist Ina Fried, writing for Axios, was one of a handful of journalists invited to a Mac briefing at Apple (AAPL 2.44%). You can read Fried's full article, but there is one thing in particular that stood out about this report (bolded portion mine):

The company has no plans for touchscreen Macs, or for machines powered solely by the kind of ARM processors used in the iPhone and iPad. However, executives left open the possibility ARM chips could play a broader role as companion processors, something that showed up first with the T1 processor that powers the Touch Bar in the new MacBook Pro.

In other words, those expecting that Apple would give Intel (INTC 0.43%) the boot in favor of homegrown chips should probably rethink those expectations. 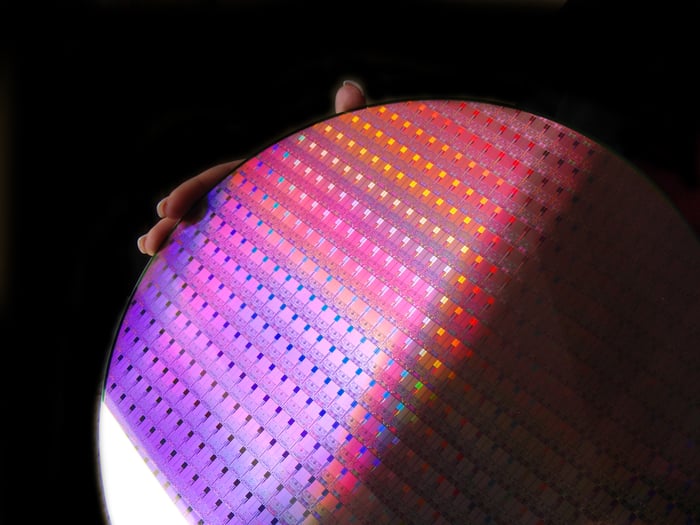 Does this mean Intel is off the hook?

However, even though Apple "has no plans" to convert the Mac to its homegrown ARM-based systems -- something it would need to actively work on and support years in advance of an actual software and hardware transition -- that doesn't mean Intel is necessarily off the hook.

Over the past several years, Intel has struggled to deliver new products on time. System vendors, like Apple, depend heavily on Intel to deliver new chips and related platform technologies on time. It's likely that Intel's time-to-market struggles have been frustrating to personal-computer makers, including Apple.

However, Intel has stated publicly that it's now committed to releasing new products that deliver solid performance improvements each year. If Intel can consistently deliver for Apple in the coming years in terms of building compelling products and getting them out in time, then Intel should be able to keep Apple, as well as its other major customers, happy.

Apple probably doesn't want to build its own Mac chips

Although there's been a lot of talk that Apple might build its own Mac processors and all the (supposed) advantages that doing so would confer upon the Mac product line, I doubt Apple would really want to transition away from Intel and toward its own chips.

For one thing, Apple is much better off focusing its talented chip teams on chips targeted at iPads and, much more importantly, iPhones. These devices arguably represent the future of computing, together make up the bulk of Apple's hardware revenue, and are both product categories that are much more receptive to the differentiation that Apple can bring at the chip level than the Mac would be.

Indeed, given how fiercely competitive the smartphone and tablet markets are, Apple needs every competitive edge it can get. And given how important those product lines are to Apple's top and bottom lines, I can't imagine that duplicating the work Intel already does well would be a good use of talent or money.

Apple could conceivably invest in building out a brand for its chips and aggressively segmenting them as Intel does today, but it's just more work that Apple would need to do to replicate what's already out there.