Please ensure Javascript is enabled for purposes of website accessibility
Log In Help Join The Motley Fool
Free Article Join Over 1 Million Premium Members And Get More In-Depth Stock Guidance and Research
By John Bromels - Apr 6, 2017 at 11:37AM

The titanium dioxide manufacturer's outperformance was due to market growth and a strong industry forecast. 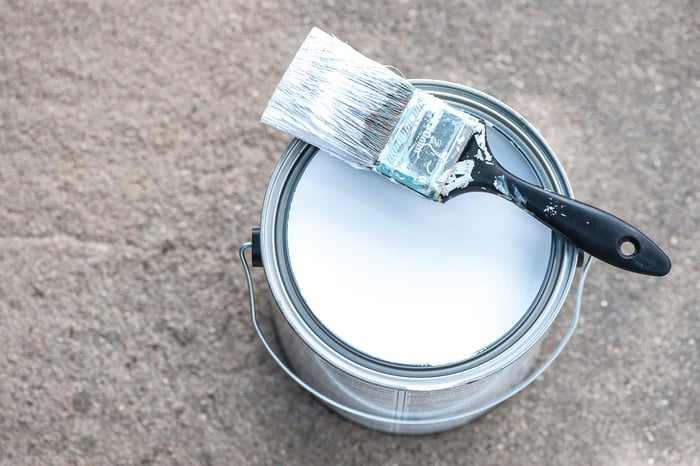 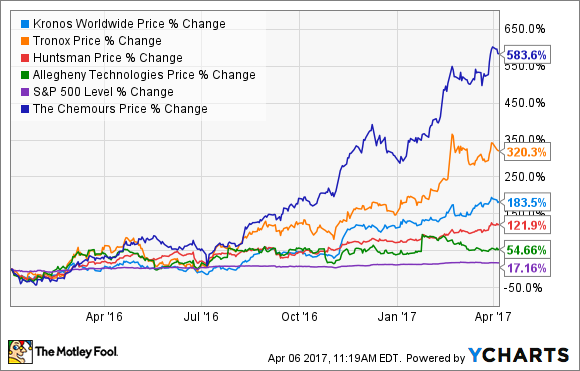 However, that chart is a bit misleading, because the entire industry also had an absolutely horrible 2014 and 2015. In fact, if you go back to January 2014, you see that all of the stocks have underperformed the market since then (Chemours, which wasn't spun off from DuPont until July 2015, doesn't appear on this chart): 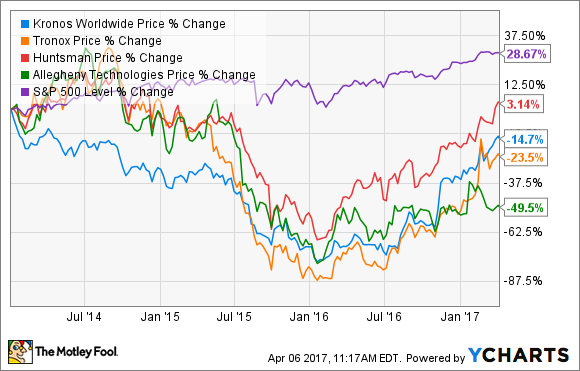 As you can see, the reason 2016 looked so good for titanium dioxide stocks is that they all hit bottom in January 2016, so there was nowhere to go but up. And of them, only Huntsman has surpassed its January 2014 price.

But that could mean there's still an opportunity here for investors.

The titanium dioxide industry is projected to continue its improvements, which will likely lead to additional share price gains for Kronos and its peers in the coming months. But it's also a cyclical industry, which means any investor would need to stomach a lot of volatility. Also, you should realize that -- as with any cyclical stock -- at some point, the share price is probably going to drop again. Kronos has seen such boom-and-bust cycles over the past decade, resulting in a roller coaster of a price chart: 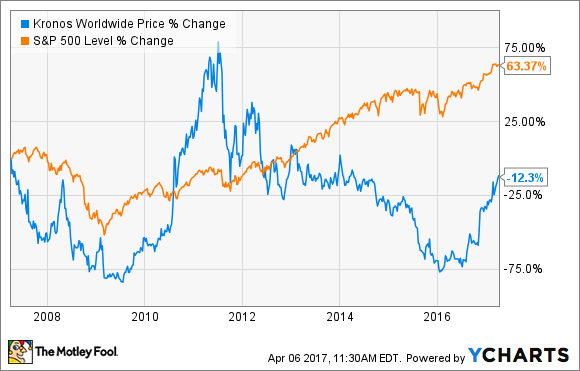 Making money on Kronos -- whose balance sheet is currently a mess, by the way, with $50.7 million in cash and $335.4 million in long-term debt, for a debt-to-EBITDA ratio of 4.1 -- probably requires timing the market, a risky proposition. And making any kind of long-term bet on this volatile industry would likewise be asking for trouble.

Stocks in This Under-the-Radar Industry More Than Doubled in 2016: Is There Room to Run in 2017?