Please ensure Javascript is enabled for purposes of website accessibility
Log In Help Join The Motley Fool
Free Article Join Over 1 Million Premium Members And Get More In-Depth Stock Guidance and Research
By George Budwell, Rich Smith, and Matthew DiLallo - Apr 7, 2017 at 10:24AM

These three stocks have attracted some of brightest investors in the world.

Keeping tabs on the quarterly activity of elite billionaire investors like George Soros and David Tepper can be a good way to drum up worthwhile investing ideas. However, everyday investors should never buy a stock simply because a so-called super-investor added it to their portfolio.

After all, it's exceedingly difficult to decipher how individual buys might fit into the broader investment strategy of a billionaire investor that holds a wide array of positions. Moreover, even billionaires have been known to pick duds on occasion.

Keeping this theme in mind, our contributors noticed that some of the smartest investors have been grabbing shares of Amarin Corp. (AMRN -1.39%), Key Energy Services (KEG 0.00%), and Allergan (AGN) in recent quarters. So, let's consider if these three stocks are sound investment ideas for regular folks, or potential landmines best avoided by everyday investors. 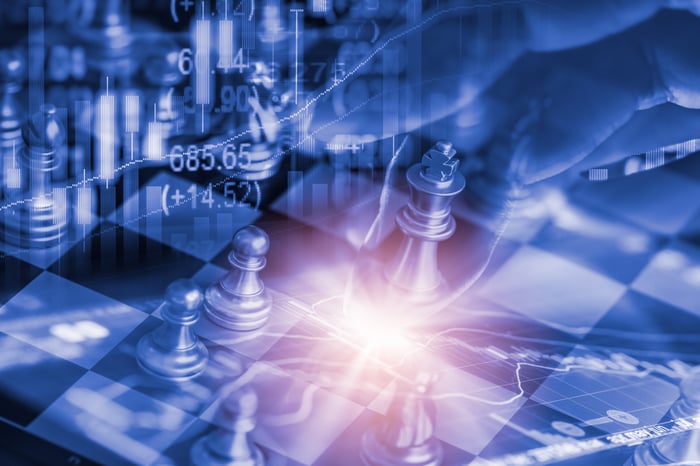 George Budwell (Amarin Corp.): Felix and Julian Baker are two of the best -- if not the best -- healthcare investors on the planet today. So, when their hedge fund, Baker Bros. Advisors, starts piling into a particular stock, it's usually worth the time to consider why.

The latest 13F filings, for instance, revealed that the Bakers' hedge fund purchased another 1.539 million shares of the small-cap biopharma Amarin Corp. in the fourth quarter of 2016. Perhaps most telling, the fund now owns roughly 8% of Amarin's outstanding shares.

What's attracting these top investors to Amarin? Amarin makes a highly refined FDA-approved fish oil pill known as Vascepa that's currently on the market for patients with severely elevated triglyceride levels. However, Amarin is hoping to broaden its label soon to include patients with only modestly high triglyceride levels. To do so, the company needs a positive data readout from the drug's ongoing cardiovascular outcomes trial, known as REDUCE-IT.

The key takeaway is that Vascepa has the potential to break into a market with approximately 75 million patients in the United States alone. If so, this drug could go on to generate megablockbuster sales, which would be a huge win for the company and its shareholders.

Of course, it's never a good idea to blindly follow any investor, regardless of their track record in a specific sector. Amarin's stock, after all, could implode if REDUCE-IT misses the mark.

Keying in on the oil market recovery

Matt DiLallo (Key Energy Services): One interesting stock super-investor George Soros recently bought through his namesake fund was Key Energy Services, amassing a more than 9% stake in the oilfield services company as of the most recent data. He wasn't the only one to take a significant stake in the service company. Two other funds bought shares around the same time, amassing a roughly 18.5% stake between the two of them.

What's intriguing about the timing of these purchases is that they came just after Key Energy Services emerged from bankruptcy. Under the terms of its exit plan, 95% of its shares went to creditors in exchange for the elimination of $694 million of long-term debt, alleviating $45 million of annual interest payments. It would appear that some of those creditors wanted to cash in on their shares, selling out to the smart money shortly after Key re-emerged.

Those investors likely see the company's improving balance sheet and the recovering oil market as a catalyst that could drive the stock higher. In particular, Key should benefit from a rebound in drilling activities as oil producers put more rigs back to work. That's clearly what the company sees on the horizon. CEO Robert Drummond stated last quarter that he expects to see a new layer of demand develop this year, which should boost Key's results, likely taking its stock price up as well. That said, the oil market doesn't always match expectations, which has clearly been the case over the past month as crude has started to decline. Because of that, investors need to tread lightly because following the smart money into Key could turn out to be a dumb move if oil takes another tumble.

Rich Smith (Allergan): According to the hedge fund watchers at InsiderMonkey.com, Appaloosa Management's David Tepper is one of the wealthiest hedge fund managers on the planet -- and a pretty smart investor to boot. In 2009, says InsiderMonkey, Tepper's fund earned $4 billion as the rest of the financial world burned -- then proceeded to earn another 30% return on its investments in 2010.

So what is this smart investor up to today? According to the hedge fund's most recent 13F filing with the SEC, Appaloosa has been buying a lot of Allergan stock. In fact, filings show that Tepper has upped his fund's exposure to the Irish drugmaker by 250% over the past three months, to the point where Allergan now comprises nearly 16% of Appaloosa's portfolio.

Allergan stock fell 14% over the past year as it reported operating losses of $528 million -- its third operating loss of the past four years. Net profits for the year were positive, but only because they were boosted by a big gain from Allergan selling its generic drugs business to Teva Pharmaceutical Industries (TEVA 1.93%), and this year is expected to be another money loser for Allergan. So why is Tepper buying it?

Tepper seems to be betting on a big bounce-back at Allergan. By as early as 2018, most analysts see Allergan righting the ship and beginning to earn money again -- then tripling its profits in 2019, when it's expected to earn nearly $2 billion.

Even if the analysts are right, though, Tepper may be overpaying for Allergan. At more than $80 billion in market capitalization (and nearly $20 billion more in net debt), Allergan sells for a steep 40 times projected 2019 profits (or 50 times, adjusted for the debt). With most analysts projecting earnings growth of only 10% annualized over the next five years, I think the price is high.

It just goes to prove that even the "smartest investors" can still make mistakes.