Shares of NRG Energy (NRG 0.78%) rose nearly 11% last month, after the company announced fourth-quarter and full-year 2016 earnings and reaffirmed previously issued 2017 guidance on the last day of February. The latest financial results demonstrate that management is executing against short- and long-term goals to return to higher growth rates with a more efficient and slightly smaller company. That has emboldened investors and analysts to be more aggressive with the stock in the oast six months. Indeed, the March gains continued an impressive streak for the stock, which has gained 66% since the beginning of October.

Investors received an added boost at the end of the month after analysts at Goldman Sachs upgraded the stock from "neutral" to "buy" and issued a price target of $26 per share. The price target represents a hefty 39% premium to the current stock level. 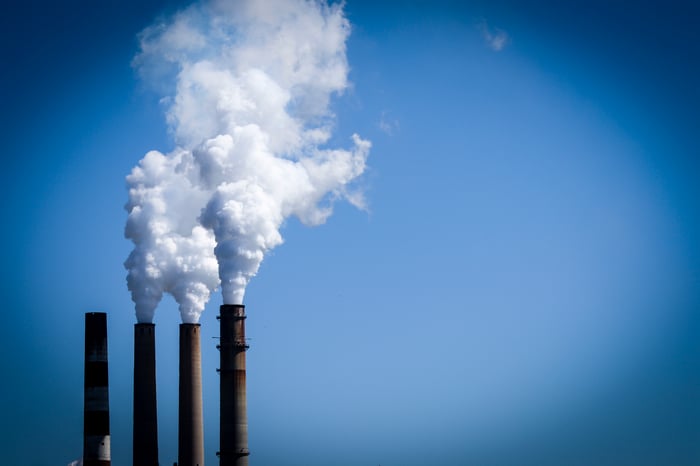 The nation's largest independent power producer reported encouraging news on multiple fronts when it reported full-year 2016 earnings. That included cost reductions of more than $500 million -- exceeding expectations by over $100 million for the year. NRG Energy achieved record adjusted EBITDA of $3.26 billion and the third straight year of growth in the metric. Operating cash flow settled at $2.07 billion, which represented year-over-year growth of 58%.

The strong performance was enough to offset a net loss of $891 million for the year, although that was driven by a non-cash impairment charge of $1.2 billion related to lower-than-expected natural gas prices. The major takeaway for investors: NRG Energy appears to be on the right track for long-term growth and stability. 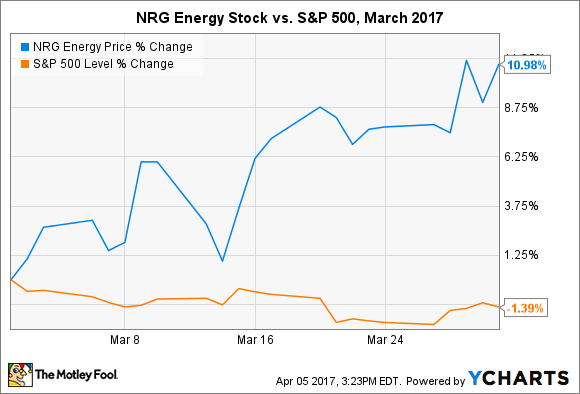 That was also evident by full-year 2017 guidance, which management maintained from previously disclosures. Here it is again for reference:

While each metric is lower than the levels achieved in 2016, it's important to note that last year's metrics were among the best -- and even the best -- in the company's history. Management's guidance for the current year still calls for healthy operations, especially given current market conditions.

NRG Energy shareholders should be encouraged by the current trajectory of the company. If management continues to execute against its goals, then it will allow the integrated power producer to begin restructuring and paying down its debt, which remains one of the biggest sore spots for shareholders. Of course, you have to walk before you can run, and the company certainly appears to be on the right track for hitting its long-term ambitions.

This Energy Dividend Stock Is Deploying Profits... to Buy a Smart Home Company?