Please ensure Javascript is enabled for purposes of website accessibility
Log In Help Join The Motley Fool
Free Article Join Over 1 Million Premium Members And Get More In-Depth Stock Guidance and Research
By Jim Mueller, CFA - Apr 7, 2017 at 11:30AM

Netflix's decision to delay release of its Q1 2017 quarterly video interview hurts both investors and analysts, and raises the possibility of violating Reg FD.

I have followed Netflix (NFLX) as an analyst working for Motley Fool Stock Advisor for nearly a decade. During that time, I've written about it several times for the Fool's public website. I also purchased shares several times in a public-facing portfolio I ran for the Fool for several years. And it's the largest single position in my own investment accounts.

All this makes me, I believe, qualified to comment on a recent change the company announced. Let me set this up.

If you pay attention to company quarterly earnings, you know that management usually hosts a conference call with analysts following the release of the company's quarterly results. These are live events and analysts ask questions about the company's results, the future, and (often) what might be good inputs into their valuation models. Except for opening comments by management, these are entirely unscripted and management doesn't know what questions they'll have to field. 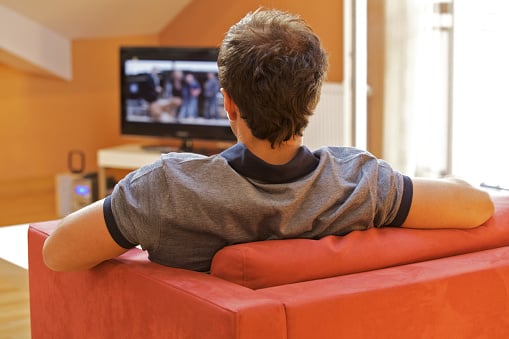 Since the introduction by the Securities and Exchange Commission of Regulation Fair Disclosure in 2000, these calls have been open to anyone caring to listen. That regulation, known as Reg FD, ensures that everybody has the opportunity to receive material information from a company at the same time. Reg FD is an important part of keeping the playing field level and is near and dear to our Foolish hearts. That's because the Fool was instrumental in getting Reg FD implemented, according to Arthur Levitt, the former SEC chairman who oversaw the introduction of that rule.

Since the second quarter of 2013, Netflix, instead of a conference call open to anyone, has done something different. About one hour after the company releases its quarterly letter to investors (containing the results and extensive commentary), senior management answers questions posed by two analysts in a video interview. These analysts ask both their own questions and questions on behalf of everyone who contacts them prior to this modified call. This interview is streamed over the Internet and can be viewed, live, by anyone caring to watch.

This format, intentionally or not, puts a filter upon the questions being asked, in the form of the two analysts talking directly with management. They choose which questions to ask and how to phrase them. Different from how most other companies do it, but still mostly acceptable.

Now, however, Netflix wants to change it again.

On Wednesday, Netflix announced that the same format will be followed for the interview after the release of Q1 2017 results. However, instead of being streamed live, the stream will be delayed by one hour. The company cited the desire "to improve audio video quality."

There appear to be two possible consequences of this change.

First, it exposes the company to the chance of running afoul of Reg FD. The two analysts asking the questions -- Doug Mitchelson of UBS and Scott Devitt of Stifel this time -- will be told potentially material information as much as a full hour before the rest of the world hears it. An hour's delay may not sound like much, but in today's world of fast access to data, it's an eternity. This would also place an unfair burden upon Mitchelson and Devitt by requiring them not to act upon the information they're privy to before it becomes completely public.

I am not casting aspersions upon Mitchelson and Devitt, but the fact remains that they could be in possession of potentially material information before anyone else. This is in direct contrast to the intent of Reg FD.

Second, in order to avoid that first consequence, the delay could put a damper on management's willingness to answer questions to the best of their ability. That is, to avoid Reg FD violation, they might self-censor their answers so as not to provide information that can be considered material, knowing there is now a delay built into the process.

This is unfair to analysts and investors following the company because it would give these folks less than full information about the company they follow.

Finally, outside of those two points (and even though I doubt Netflix's management will fall prey to this), by delaying the stream to make sure the quality is good, there is a temptation for misbehavior. That misbehavior could be the editing of the recording before releasing it to the public. The analysts on the video would likely recognize any such tampering and expose it, so that would probably prevent it. But, why even introduce this possibility?

It's an insufficient reason

There have been technical difficulties in the past with the streaming of the management interview. I'm perfectly fine with that. As both an analyst of and investor in the company, I want the information as soon as I can get it, even if the quality of the audio or video sometimes leaves something to be desired. The video quality is not even on my list of what's important.

In short, I do not like this change. I do not find the desire to improve the quality of the stream a sufficient reason to change the process from live to recorded.

If you agree with me, I urge you to contact Netflix and its Investor Relations department, as I have done. Express your concerns and ask that Netflix reconsider its decision on how it presents both Q1 2017's and future results.