Please ensure Javascript is enabled for purposes of website accessibility
Log In Help Join The Motley Fool
Free Article Join Over 1 Million Premium Members And Get More In-Depth Stock Guidance and Research
By David Liang - Apr 7, 2017 at 10:42AM

Will Sanofi acquire anything? Or is this deal smarter than it seems?

French pharma company Sanofi (SNY 5.95%) is in talks to acquire tiny biotech Flexion Therapeutics (FLXN). Flexion, a small-cap company working on developing pain therapies for the treatment of arthritis, could fit nicely within Sanofi's existing arsenal of medications. Would a buyout be the right move for Sanofi?

The problem of knee pain

Flexion's main product in development is Zilretta, an injectable, non-opioid medication indicated for the treatment of osteoarthritis (OA) pain in the knee. OA is a form of arthritis caused by a progressive loss of cartilage in the joints. OA is also the most common joint disease in the U.S. -- affecting an estimated 27 million Americans.

While there is no cure for OA, the goals for treatment of the condition are generally to decrease the pain associated with OA as well as delay the need for surgery. In February of 2016, Flexion announced positive top-line data from a phase 3 study of Zilretta in patients with moderate to severe OA knee pain. Patients taking Zilretta experienced on average a 50% reduction from baseline pain levels over 12 weeks.

Following this news, Flexion submitted a new drug application (NDA) to the FDA in December of last year. This NDA was accepted and Flexion expects a decision from the FDA by October 6, 2017. 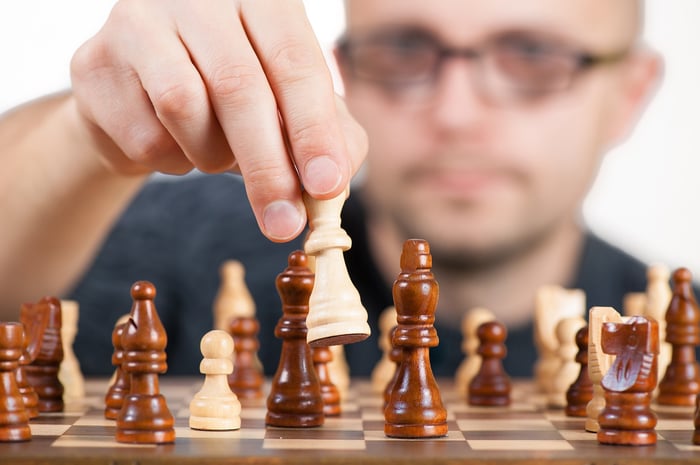 Sanofi on the prowl

So what does French diabetes powerhouse Sanofi want with a tiny knee-pain biotech? If one looks below the surface, this deal does seem to make sense.

Sanofi has been on the acquisition hunt for a while now. Early last year, Medivation roundly rejected Sanofi's $9.3 billion offer in favor of Pfizer. Sanofi then failed again in January of this year when their talks to buy Actellion were trounced by Johnson & Johnson's $30 billion offer.

This deal is about more than just desperation for an acquisition, though. Zilretta could actually fit well within Sanofi's existing lineup of therapies. While Sanofi is better known for its blockbuster diabetes franchises, it also markets another injectable OA pain therapy known as Synvisc.

Synvisc works differently than Zilretta. Rather than a direct pain medication, Synvisc is instead an injection of what's called "hyaluronan." Hyaluronan is a natural fluid substance found within the joints that acts like a lubricant as well as a shock absorber for the joints. Zilretta and Synvisc, therefore, have the potential to be used in combination for greater efficacy in treating OA pain.

While Sanofi has been rejected twice now on previous acquisitions, I believe this move to acquire Flexion has teeth. Both of Sanofi's prior failed deals were potentially game-changing acquisitions as well as orders of magnitude more expensive than Flexion. I believe Zilretta will likely fit well within Sanofi's complement of drug therapies, and Sanofi's existing OA marketing infrastructure would support a more rapid commercialization of Zilretta.  All-in-all, this bolt-on acquisition looks to be the smart move by Sanofi.