Apple is going to set its supply chain in motion in preparation for the next iPhone very soon, and these three companies could win big.

Apple (AAPL -1.60%) supplier Taiwan Semiconductor Manufacturing (TSMC) will reportedly start producing the A11 chip for the next iPhone family in April, according to a leak from Chinese news outlet Economic Daily News (via MacRumors). The report also indicates that TSMC is targeting a production run of 50 million A11 chips before July, as Apple doesn't want to run into supply chain issues.

More importantly, Apple could build around 120 million new iPhones this year as compared to 89 million units of the iPhone 7/7S in 2016 -- according to Mizuho. This is great news for the other companies in Cupertino's supply chain -- such as Skyworks Solutions (SWKS -1.78%), Broadcom (AVGO 0.41%), and Cypress Semiconductor (CY) -- as they won't have to wait until the second half of the year to bask in iPhone-driven glory. 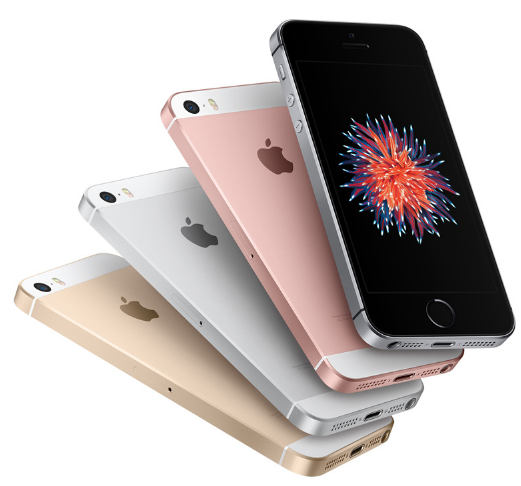 Here's how each of them is going to take advantage of Apple's upcoming devices.

Skyworks gets 40% of its revenue by supplying connectivity chips to Apple, so a stronger iPhone production cycle will give a nice boost to its revenue and earnings. Mizuho analysts Vijay Rakesh and Jason Getz recently upgraded the semiconductor specialist, citing a 35% jump in new iPhone builds this year.

Now, Skyworks is expected to at least maintain its dollar content in Apple's new iPhones, according to Canaccord Genuity. Citigroup estimates that the chipmaker has $6 worth of content in the current device. Therefore, the next iPhone could bring at least $720 million in revenue this year at the 120 million unit-production forecast, driving $186 million in additional revenue, thanks to a 31 million unit spike in builds.

But investors shouldn't rule out Skyworks gaining dollar content at Apple this time as the chipmaker has been taking business away from rival Qorvo. As it turns out, Qorvo's content grew 8% in the last iPhone cycle, to $4 per device, while Skyworks saw stronger gains of 10%. This indicates that Skyworks' revenue can jump even higher if it manages to win over content from Qorvo during the next production cycle.

Broadcom can benefit from a new iPhone feature

An IHS Technology consumer survey shows that more than 90% of customers want Apple to include wireless charging on the next iPhone. The iPhone maker seems to be listening to customer demands, as it has joined the Wireless Power Consortium, lending weight to the possibility of a wireless charging enabled device.

This feature will give Broadcom a big shot in the arm, allowing it to build up on its $8 worth of content in last year's iPhones. In fact, the chipmaker's radio frequency content in the iPhone 7/7S had jumped 30% year over year, making it the biggest beneficiary of Apple's current line-up.

As it turns out, Broadcom has been reportedly working with Apple for the past two years to develop a wireless charging feature, according to JPMorgan analyst Harlan Sur. The analyst believes that the glass back cover of the next iPhone will allow it to be charged wirelessly, creating a $500 million-$600 million revenue opportunity for Broadcom in addition to its existing business from Apple.

Apple's widely anticipated inclusion of the fast-charging technology in its upcoming device will be a boon for Cypress Semiconductor, thanks to its expertise in Type-C controllers. Analyst Ming-Chi Kuo believes that the semiconductor specialist is going to supply the power delivery chips to the iPhone maker to enable Type-C power delivery for faster charging. This looks likely, as Apple will want to get up to speed with Samsung's Galaxy S8, which uses USB-C for charging.

As it turns out, Cypress has got $295 million in design wins for its Type-C controllers, with management expecting a major ramp up in the second half of the year, which indicates a possible design win at Apple. In fact, investment research firm Needham believes that Cupertino's fast-charging ambitions might add anywhere between $87.5 million and $157.5 million to Cypress' top line, and boost earnings by $0.11 to $0.19 per share.

This is impressive considering Cypress generated $0.15 per share in earnings last quarter, indicating that the next iPhone cycle will bring substantial gains for the company.

1 Significant Risk That Skyworks Solutions Could Face by 2030
413%