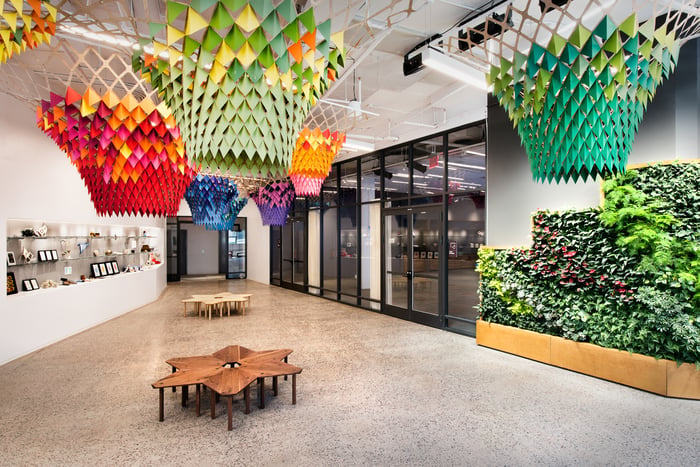 As the chart below shows, most of the losses came in the beginning of the month following the earnings release. 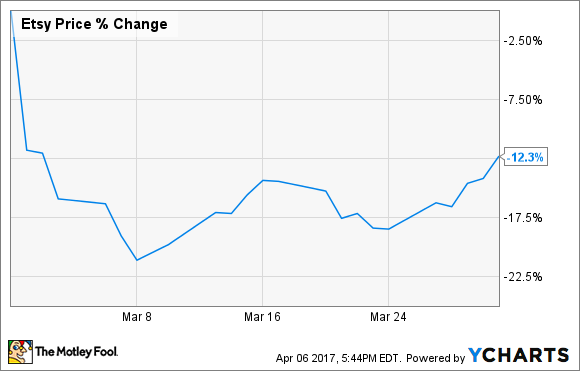 In its brief life as a publicly traded company, Etsy stock has seen volatile swings following earnings, and the fourth-quarter announcement was no different.

The marketplace showed off strong sales growth as revenue increased 25.4% year over year to $110.2 million, topping management's own guidance and analyst estimates. However, investments weighed on the bottom line as the company's loss per share widened from $0.04 to $0.19, far worse than analyst expectations of a $0.02 per share profit. Addressing the bottom line weakness, management cited increased labor expenses related to Blackbird Technologies and increased marketing expenses as the company launched its first global brand campaign.

Looking ahead, the market was also disappointed by management guidance, which called for revenue growth slowing from over 33% last year to between 20% and 22%, just shy of the analyst consensus. Management raised its compound annual growth guidance from 2016 to 2018 for revenue and gross merchandise volume, but that may be more of a reflection of last year's results rather than future expectations. The company also sees adjusted EBITDA falling slightly, calling for 12% to 14% margin this year, though that should improve to the high teens by 2018.

With its unique product selection and brand, Etsy is an appealing business, but e-commerce has proven to be a difficult industry. No one aside from eBay has found a way to deliver a strong operating margin. With revenue growth slowing and no signs of a profit this year, the sell-off seems warranted. However, I'd give management a year or two to invest in the business and build it out, as Etsy is one of the few online retailers that seems to have significant moat against the likes of Amazon and other competitors.