Please ensure Javascript is enabled for purposes of website accessibility
Log In Help Join The Motley Fool
Free Article Join Over 1 Million Premium Members And Get More In-Depth Stock Guidance and Research
By Leo Sun - Apr 9, 2017 at 10:00AM

Which classic American business will thrive in today’s frothy market -- guns or whiskey?

It's often said that America was raised on guns and whiskey, but which of these stocks can thrive in a world with tighter gun controls and declining alcohol consumption? Let's compare both companies' business models, growth trajectories, and valuations to find out. What do Sturm, Ruger and Brown-Forman sell? 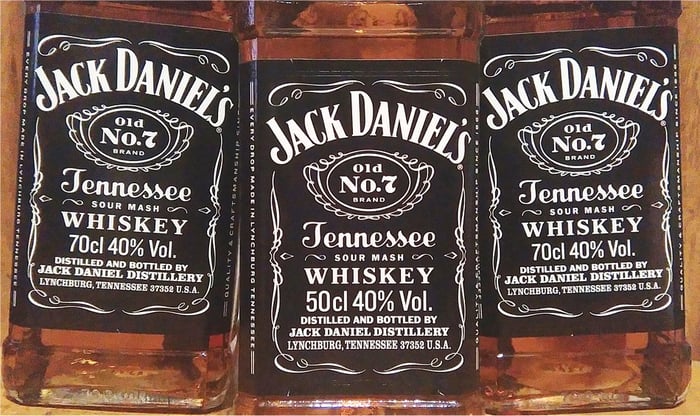 Brown-Forman expanded overseas over the past decade with its purchases of the French black raspberry liqueur Chambord, the Mexican company Tequila Herradura, and Scottish distillery BenRiach. It also divested weaker businesses such as its Hartmann luggage division; the Bolla, Fontana, and Fetzer Vineyards wine brands; and its Southern Comfort and Tuaca brands.

Sturm, Ruger's stock has dropped more than 20% over the past 12 months for a single reason -- the Republicans gained control of both the presidency and Congress last November. Before the election, Sturm, Ruger and American Outdoor Brands both rallied strongly on the notion that the Democrats would pass more gun laws after winning the election. Those moves, in turn, would spark panic buying among gun owners -- which occurred after several high-profile shootings during the Obama administration.

But after Trump's surprise win, NICS firearm background checks fell annually for four straight months, indicating that gun owners were no longer stockpiling weapons out of fear of new regulations. That's why Sturm, Ruger's sales are expected to drop 5% to $630 million this year, compared with 21% growth in 2016.

Brown-Forman shares have fallen 8% over the past 12 months, because of five straight quarters of year-over-year revenue declines. The company attributed those declines to softness in global travel retail (duty-free shops), volatile demand in emerging markets, a "challenging global backdrop" in certain markets, and tough currency headwinds -- which were all partly offset by stronger growth in the United States. Excluding currency impacts, divestments, acquisitions, and other one-time charges, sales rose 3% on an "underlying" basis.

Trump's victory has also raised concerns for Brown-Forman, since a proposed border tax could hurt its ability to import its overseas brands back to the United States. The company generated just 46% of its revenue from the U.S. market in 2016. Another issue is that alcohol consumption is declining in all major markets worldwide except for North America, according to Euromonitor. Analysts expect all these pressures, along with divestments, to cause Brown-Forman's revenue to fall 24% this year, compared with a 2% decline in 2016. On an underlying basis, sales are expected to grow 3% to 4%.

If I had to pick one over the other, I'd buy Sturm, Ruger because it has a cheaper valuation, a higher dividend, and less exposure to overseas markets and currency fluctuations than Brown-Forman. Its earnings declines look unpleasant, but they should normalize once unfavorable year-over-year comparisons pass. But I also wouldn't rush to buy Sturm, Ruger, since it's tough to see any catalysts lifting the stock in the near future.