Approval of a new multiple sclerosis drug paves the way for a new blockbuster.

Swiss drugmaker Roche Holdings (RHHBY -0.23%) got a nod from the FDA for its multiple sclerosis drug Ocrevus at the end of March, triggering hope from MS sufferers and dread from competitors. Investors had expected the development, which is likely to pay off in a big way.

Ocrevus is a new approach to treating MS, a disease in which the body's immune system attacks the sheath around nerve fibers. There is no cure, but there are a number of drugs on the market that work by tamping down the immune system to slow the progression of the disease. Ocrevus is a monoclonal antibody that targets B cell lymphocytes, which are believed to be important drivers of disease activity in MS. 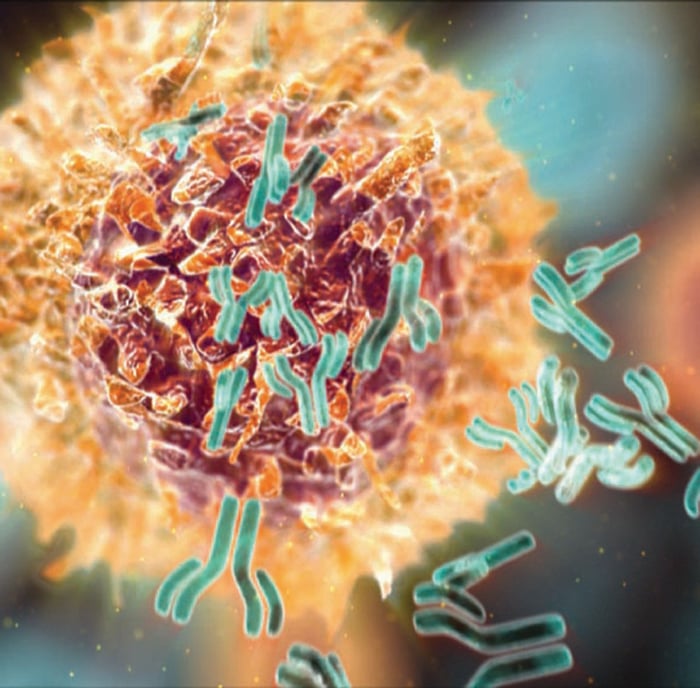 The new drug from Roche's Genentech unit promises to make a big impact on the market for MS treatments fairly rapidly. Multiple sclerosis presents in two main forms, the most common of which (relapsing multiple sclerosis) is characterized by episodes of worsening symptoms followed by recovery periods. A more rare form of the disease that affects about 15% of MS patients, called primary progressive multiple sclerosis (PPMS), causes a steady decline of function after onset. A number of treatments for the relapsing form are on the market; Ocrevus is not only approved for that indication, but is also the first approved drug for the PPMS form.

The pivotal trials for Ocrevus focused on endpoints relating to disease progression, and the results were stellar. In the PPMS trial, there were 47% more patients with no evidence of progression after 120 weeks than with the placebo group. Secondary endpoints such as measurements of brain volume, brain lesions, and walking time showed significant efficacy as well. Given that no other drug had been found to help these patients at all before, this was an excellent result.

But perhaps even better for Roche was the fact that the drug also crushed an existing treatment for the larger indication of patients with the relapsing form of the disease. Ocrevus was tested against a commonly used interferon beta-1a drug, Rebif from Merck KGaA. In two phase 3 trials, Ocrevus caused a 33% increase in the number of patients showing no evidence of disease activity after 24 weeks, compared with Rebif. In the period between 24 and 96 weeks, that gap increased to 72%.

The head of the class for 2017 drug introductions

The fact that Ocrevus proved superior across the broad population of MS patients gives it a tremendous advantage and the possibility of shaking up the whole MS space. The drug is an infusion that only needs to be given every six months, so the delivery of the drug is a big selling point as well.

The market is quite large. Rebif did $1.86 billion in sales in 2016, and Biogen's (BIIB -0.63%) MS drugs based on interferon beta-1a, Avonex and Plegridy, sold $2.8 billion. Ocrevus will likely take a chunk out of the sales of other drugs in the MS drug market, which is estimated to be worth a total of $19 billion in annual sales. Analysts think that Ocrevus sales could reach $4 billion annually in 2022, more than any other drug expected to launch in 2017. Biogen will receive royalties of around 30% on Ocrevus sales as a result of an agreement in 2010, but the benefit to Roche will be substantial.

Roche has its issues with threats from biosimilars, but it has one of the strongest pipelines in the industry. Last week's approval of Ocrevus is a big step forward and a reason to encourage MS patients and investors alike.