Shares of Everi Holdings Inc (NYSE:EVRI) are trading higher by about 17% as of 10:45 a.m. EDT Monday after the company released its preliminary first-quarter 2017 results and announced it is seeking to refinance some of its outstanding debt.

Everi Holdings is seeking to refinance $335 million of senior secured notes due in 2021, and its first lien term loan with a current balance of approximately $462.3 million, which is due in 2020. The company believes that a refinancing will "lower its annual cash interest expense" and "extend its maturity schedule."

Source: 8-K filed with the SEC.

Michael Rumbolz, president and Chief Executive Officer of Everi, said, "Our preliminary 2017 first-quarter results include year-over-year revenue and adjusted EBITDA growth for both our Games and Payments segments, which reflect the Company's continued successful execution against its strategic priorities." 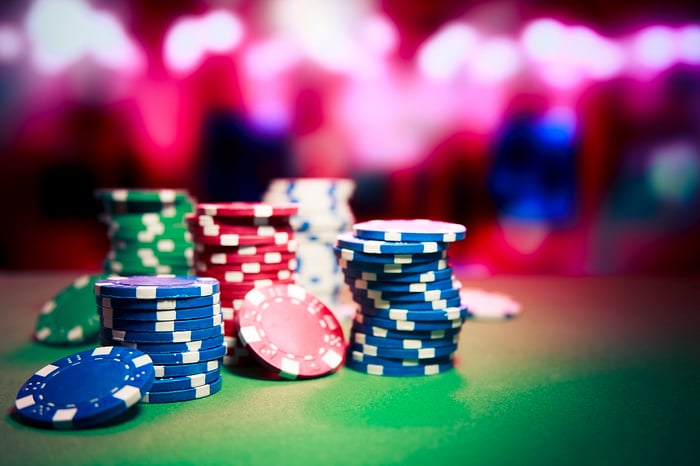 Interest expense represents one of Everi Holdings' largest expenses at $99.2 million for the full 2016 fiscal year, which piled on top of an operating loss of $118.6 million last year. The senior secured term loan carried a rate of 6.25% (LIBOR plus 5.25%), while the senior secured notes have a fixed rate of 7.75%. Senior unsecured notes, which are not expected to be refinanced, carry a rate of 10% per year.

Taking advantage of lower credit spreads to refinance and extend the majority of its outstanding debt could be an immediate earnings driver for the company. Given its financial leverage -- approximately $1.15 billion of debt versus the current equity market value of $367 million -- it's not surprising to see a double-digit move in the company's stock on Monday.