Shares of the gaming titan continued to climb amid kind words from Wall Street last month.

Shares of Activision Blizzard Inc. (ATVI 0.63%) jumped 10.5% in March, according to data from S&P Global Market Intelligence, with multiple analyst upgrades helping to sustain its momentum after a strong fourth-quarter 2016 report in February.

Activision Blizzard stock popped 12% in February on the heels of that quarterly report, which was punctuated by 49% growth in revenue, to $2.01 billion, and a 57% increase in earnings per share, to $0.33 -- both well above consensus expectations. And Wall Street continued adjusting its own models accordingly last month, including a "buy" rating and a $55 price target from Jefferies on March 16, a reiterated "outperform" rating and $48 price target from Macquarie on March 23, and a price target increase to $55 (from $54) and reiterated "overweight" rating from Morgan Stanley on March 27. Consequently, Activision shares continued to drift higher throughout the month and trade at just above $49 per share as of this writing. 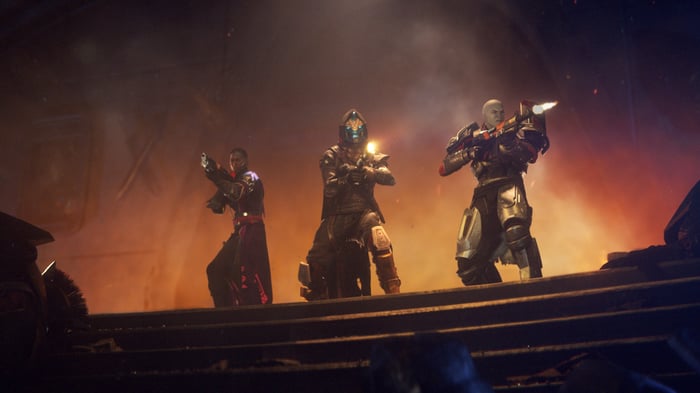 That's not to mention both the ongoing success of Activision's legacy titles -- for example, World of Warcraft grew monthly active users 10% in 2016 -- as well as its compelling pipeline of newer games and expansions to titles such as Call of Duty, Destiny, Overwatch, and Hearthstone planned for the coming years. What's more, Activision now has its hands in the free-to-play game space through its $5.9 billion acquisition of segment leader King Digital last year.

In the end, as long as Activision extends its years-long streak of churning out hit titles going forward, I see no reason last month's bullish calls won't be proven correct.