The company is following the lead of the local e-commerce leader to tap appliance sales in India. 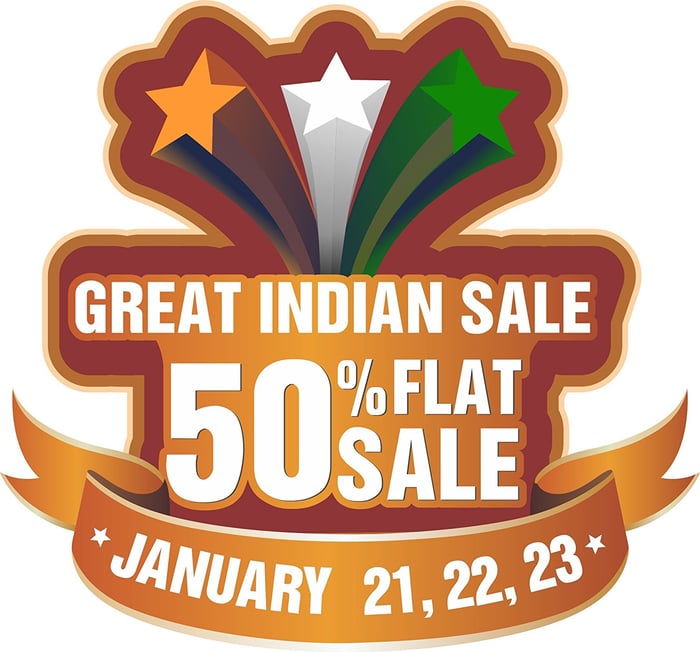 Amazon (AMZN -3.16%) is killing it in India as its latest numbers clearly show that the company's investments in this fast-growing e-commerce market are bearing fruit. The online retailer's gross sales volume is estimated to have jumped 85% year-over-year in the first quarter of the year.

More importantly, Amazon seems to be winning the broader e-commerce war in India against local giant Flipkart, which enjoyed more modest growth in the region of about 25% during the same period. This proves that Amazon's strategy of offering a wide selection of products is working in its favor, and this latest development should help it further expand into this market.

Amazon recently announced that it has set up seven new fulfillment centers in India to boost large appliances sales, and it is on track to build out 33 new delivery stations to specifically target this category. The infrastructure expansion will boost the company's delivery mechanism of large appliances to 150 cities from its prior reach of 100, allowing Amazon to tap the category's explosive growth.

Livemint forecasts that the Indian consumer durables market will be worth $20.6 billion in 2021 as compared to just under $10 billion last year, thanks to a jump in disposable income, easy credit availability, and the untapped rural markets. Just 2% of rural households in India currently have refrigerators, while washing machine penetration is even lower at 0.5%.

At the moment, less than 10% of large appliances are sold online in India, but growth in this channel has accelerated recently. Amazon's gross sales volume of large appliances has shot up 200% over the past year and now ranks among the top five categories for the company. 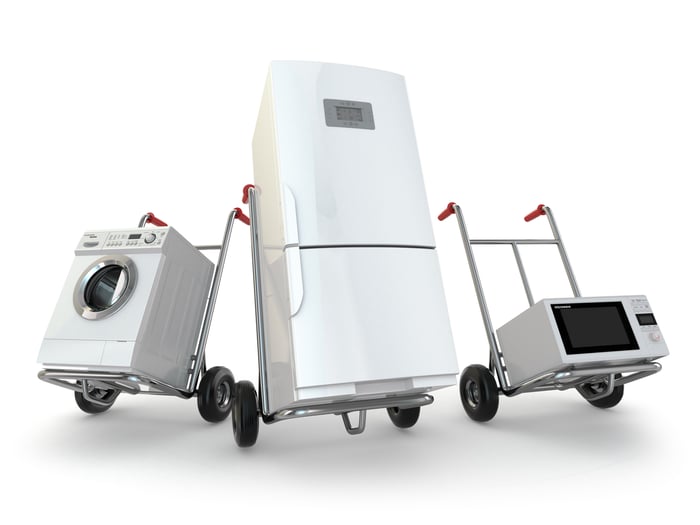 With this huge opportunity ahead, it should be no surprise the company is quickly establishing the infrastructure to ensure fast deliveries and a smooth installation experience, as this will be the key differentiator over brick-and-mortar stores. Amazon has partnered with a number of third-party service providers to provide quick installation, which should complement its next-day delivery of large appliances across 20 cities.

Flipkart steps up its own efforts

India's homegrown online retailer Flipkart has also bet big on large appliances. The company controlled 60% of the online large appliances market last year, thanks to a specialized supply chain and investments in an after-sales service provider to elevate the customer experience. This has given Flipkart an early advantage in the category.

For instance, Flipkart's air conditioner sales doubled in the first quarter of the year as it started deliveries to 4,000 new postal codes targeting rural regions. Offers of no-cost monthly installments has also brought more customers into the fold.

Amazon is simply taking a leaf out of Flipkart's playbook with its strategy in this product category, but the e-commerce giant will have an inherent advantage in this space due to its financial muscle. The company plans to invest $5 billion in India by 2019 to build out its operations.

On the other hand, Flipkart reduced investments into its online marketplace by 70% during fiscal year 2016. It could slash that number by another 40% in 2017, as Flipkart reportedly burns through over $2 million a day. This led to a 75% jump in losses last year. The company's cash position of about $636 million pales in comparison to the huge war chest that Amazon has set aside for this market. But just this week, the Indian company announced that it had raised $1.4 billion in its latest funding round, meaning Flipkart may have the dry powder it needs scrap with Amazon over fast-growing opportunities like appliances.