Last fall, Medtronic (MDT 1.54%) won FDA approval of a closed-loop system that automatically tracks blood sugar levels and delivers insulin as necessary. The system is being heralded as a major advance in treating diabetes, because it significantly reduces the need for finger sticks and insulin shots. Will this new device be a hit?

There are about 1.25 million Americans with Type 1 diabetes, and for these patients, managing their blood sugar levels can seem like a full-time job. 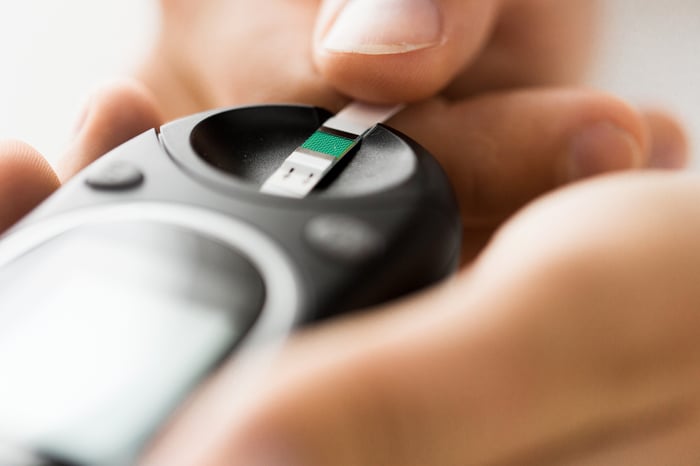 Type 1 diabetes patients must regularly check their blood sugar levels with finger sticks, and then dose themselves with insulin when blood sugar levels require it. Unfortunately, this scattershot approach to managing the disease results in many patients failing to maintain appropriate blood glucose levels, especially at night, or when exercising. Because time spent outside of desired blood sugar ranges can accelerate disease progression and lead to life-threatening conditions, inadequately controlled diabetes remains a big problem.

Fortunately, medical device makers have developed new technology like insulin pumps and continuous glucose monitors that help patients better control their disease, however, until now, there wasn't a FDA-approved closed-loop system for the monitoring and dosing of insulin available.

The FDA gave Medtronics MiniMed 670G a green light after trial results showed that it helped patients remain within their desired blood sugar range over a three-month period. The trial included both adults and children with Type 1 diabetes, and A1C levels fell from 7.7% to 7.1% in children and from 7.3% to 6.8% in adults. There also was a 44% decline in time spent with blood glucose below 70 mg/dL and a 40% decline in time spent with dangerous hypoglycemia, or levels below 50 mg/dL. 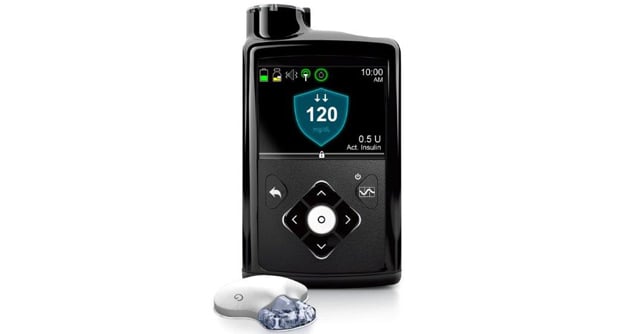 The MiniMed 670G uses sensors to automatically monitor blood glucose levels every five minutes and it uses a pump to automatically administer insulin as it's needed. A daily finger-stick is still required to calibrate the system, and the insulin pump needs to be refilled every few days, but the system still significantly reduces the treatment burden on patients.

The MiniMed 670G system includes a sensor that's attached to the body and that must be changed weekly, an insulin pump that's worn on the waist, and an infusion patch that connects to the pump to administer insulin via a catheter.

Medtronic's device is an important advance in automating diabetes treatment, but it's not approved for use in Type 1 diabetes patients who are younger than 14 (yet), it still requires some patient involvement, and it's arguably a bit bulkier of a solution for active patients, who may prefer wireless pumps, such as Insulet's (PODD 5.31%) Omnipod.

Omnipod is a tubeless insulin management system that delivers insulin for up to three days using a wireless programming device. Oftentimes, patients pair Omnipod up with a continuous glucose monitor, such as those made by DexCom (DXCM 7.45%), to provide even better control of their disease.

Medtronic only began shipping the MiniMed 670G to patients recently, so the verdict isn't in on whether it will win away consumers from these other solutions. If it does, then it could be an important new source of revenue for Medtronic. However, that tailwind could only be temporary, because the MiniMed 670G may face stiff competition soon. Insulet, for example, is working on its own closed-loop system that incorporates DexCom's sensors, and if trials are successful, its system could be available as soon as next year. Similar systems are also being developed by Tandem and Bigfoot Biomedical, so you'll want to pay attention to their progress, too.