Seadrill LTD, Twitter, and Intra-Cellular Therapies have all been toxic investments in recent years. Our contributors write to explain how it could get worse from here.

Over the past three years, shares of Seadrill Ltd. (SDRL), Twitter (TWTR), and Intra-Cellular Therapies (ITCI -0.33%) have fallen 84%, 42%, and 69% from their peak prices. And while these are three very different companies, there's one thing they've all proved to have in common: Their results have failed to meet the market's expectations.

And while sometimes the best time to buy a stock is when it's so beaten-down, it's always a good idea to know what's going on with the business first. After all, there's usually a good reason for a stock to be on the bargain bin. 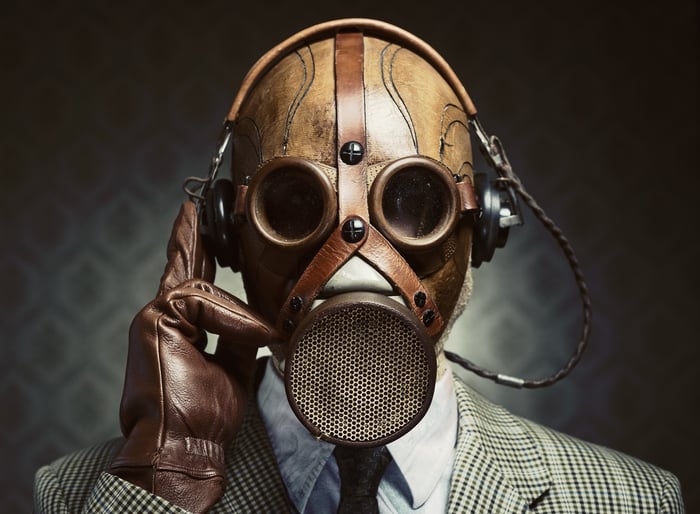 A toxic part of one Fool's portfolio

Brian Stoffel (Twitter): I'm offering up a toxic stock from personal experience: Twitter currently accounts for 2% of my real-life holdings -- and that's after it has fallen more than 50% of my original purchase price.

I still continue to hold my remaining shares for a reason: The company has all the signs of a winner that I look for. It is a founder-led company with lots of skin in the game, an unassailable position as the go-to Internet site for live commentary, optionality to go move in lots of different directions moving forward, and a solid balance sheet. That's the blueprint I follow to a tee.

Yet it has one big problem: It can't seem to monetize anything. And even though it should be benefiting from the network effect of being the go-to live site on the Internet, user growth is tepid at best.

But that's exactly why I think Twitter can be so toxic -- the company's story remains compelling, but the results have significantly underperformed. I will be waiting a bit longer to see if the company can ever make good on its promise -- but that hope might yet be another sign of the company's sneaky toxicity of offering hope where there is none.

The risk of bankruptcy is very high for this offshore driller

Jason Hall (Seadrill Ltd.): Only a few years ago, Seadrill was a high-flying dividend dynamo. In 2015, the last year the offshore drilling contractor paid a dividend the company paid $3.93 out to shareholders. Today, you could buy five shares of the company with that same money.

In other words, Seadrill has already proved to be pretty toxic to its shareholders, as I can attest to from personal experience.

But it could get even worse, since there's a meaningful chance that shareholders will get completely wiped out within the next few months, after management has made it clear that Chapter 11 is on the table. With billions of dollars in debt coming due in 2017, the offshore drilling market not set to recover before next year, and lenders proving unwilling to open their coffers in the current environment, the chance this happens is certainly higher than zero.

Even if Seadrill manages to reach an agreement to restructure its debt and avoids bankruptcy, there may not be as much upside as one would expect. Any restructuring would almost certainly convert a significant portion of the company's current debt to equity, severely diluting existing shareholders in the process.

Yes, Seadrill owns some of the best, newest, most-capable drilling vessels operating, and that's a valuable asset that will pay off when offshore drilling recovers. But on the path management has indicated it may have to take, there's a significant chance current shareholders won't be around to profit.

Brian Feroldi (Intra-Cellular Therapies): The clinical-stage biotech sector is a tough place to make a buck even under ideal circumstances. When a company's future hinges on the success of an experimental compound, even a single press release that contains less-than-stellar clinical or regulatory information can blow up the bull case for owning the stock.

One company that I think investors should avoid right now is Intra-Cellular Therapies. This biopharma faced a major setback in late 2016, when it reported phase 3 data for its lead compound ITI-007. The company was studying  ITI-007 as a hopeful treatment for schizophrenia. However, data from the trial showed that ITI-007 performed worse than placebo and risperidone in treating the disease. Traders reacted harshly to the news by sending shares down by more than 60% in a single day.

Despite the bad clinical news, management has refused to give up on pursuing this indication. The company believed that the placebo data from the trial was "unusually high" and that data from another phase 3 study would be strong enough to get the thumbs-up from regulators.

While it is possible that the FDA could ultimately side with management and approve ITI-007 for schizophrenia, I think that the risks of being rejected are higher than average, given the iffy data. Even if everything goes perfectly on the regulatory front, I have a hard time believing that Intra-Cellular Therapies will be able to persuade providers to prescribe the drug. That's why I, for one, plan on keeping this stock far away from my portfolio.