Please ensure Javascript is enabled for purposes of website accessibility
Log In Help Join The Motley Fool
Free Article Join Over 1 Million Premium Members And Get More In-Depth Stock Guidance and Research
By Chris Neiger - Apr 15, 2017 at 6:42AM

Here's what machine learning is, how big the market opportunity could be, and who the key players are.

You may have come across the term "machine learning" while digging around for new technology ideas to invest in, or perhaps you've heard of it while researching the broader (but related) artificial intelligence space. In any case, machine learning probably isn't an idea that most investors know about, so it's worth taking the time to walk through a few basic aspects to help you get started.

Let's take a quick look at where the term came from, how machine learning is being used right now, and what its market opportunity is. Of course, I'll discuss a few machine learning stocks investors should know about as well. 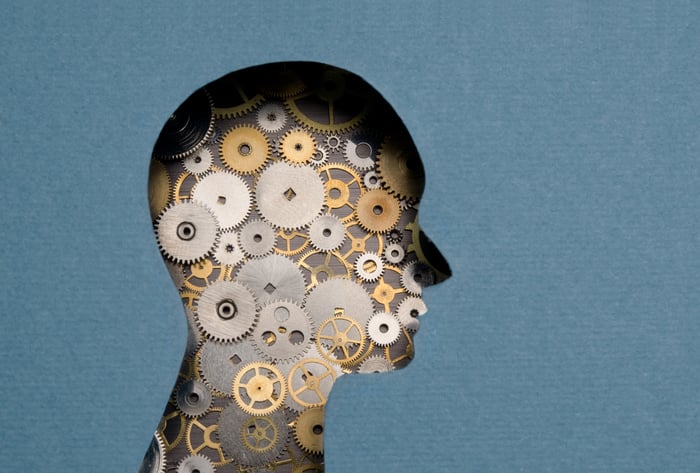 1. What exactly is machine learning and how is it being used?

Machine learning may sound like a new tech concept, but it's been around for decades. Back in 1959, the computer scientist and artificial intelligence pioneer Arthur Samuel coined the term and described it as the "field of study that gives computers the ability to learn without being explicitly programmed." Samuel worked on early machine learning systems at IBM (IBM -0.62%) and even developed a checkers program that was capable of beating a checkers master. This was a significant feat for a computer at the time (1962), and it is one of the earliest examples of artificial intelligence.

For a solid example of machine learning that we can all recognize, consider the search results provided by Alphabet's (GOOG -2.09%) (GOOGL -2.26%) Google. Lukas Biewald, the CEO of an AI company, wrote in TechCrunch last year that "What makes Google special is that it knows which matching result is the most relevant; the way that it knows is through machine learning."

Google has applied machine learning to its other businesses as well. The company's recently spun-off driverless car company, Waymo, uses machine learning to teach cars how they should react to specific situations by letting them observe how a driver, or another car, responds to certain driving scenarios.

Other tech companies are doing exciting things with machine learning as well. Graphics processing unit (GPU) maker NVIDIA (NVDA -4.46%) uses machine learning for computer vision, which allows computers to see and interpret what they're looking at (e.g., the cameras on a driverless car being able to identify a stop sign).

2. How big will this market be?

Many estimates for the machine learning market are lumped together with the broader artificial intelligence market, but a few specific estimates do exist. For example, research firm MarketsandMarkets says that machine learning as a service (MLaaS) will grow from $613.4 million in 2016 to $3.7 billion by 2021.

A separate estimate by Transparency Market Research says the compound annual growth rate of MLaaS will be 38.4% between 2017 and 2025, and become a $19.8 billion market by the end of that time.

Whichever estimate you choose, it's clear that machine learning applications are expanding, and that should fuel growth for companies creating services based on that technology.

3. Who are the major players?

I've already mentioned how Google has tapped into machine learning for some of its business and how NVIDIA is using machine learning for computer vision. It's worth mentioning that aside from NVIDIA's own machine learning uses for semi-autonomous vehicles, it also sells its GPUs to other companies, including Google and Facebook, for machine learning. That's helping the company tap into broader AI market, which is creating a $5 billion opportunity for NVIDIA.

The company is so bullish on machine learning and its impact on businesses that it calls the technology the "21st century's Industrial Revolution" and believes that machine learning is the first step toward a broader cognitive computing world.

Just a few months ago, Deloitte published a report mentioning that 300 million smartphones will have some form of machine learning built into them this year, and that soon drones, cars, virtual and augmented reality devices, and even medical tools will have their own built-in machine learning capabilities. It's clear from these predictions -- and the current machine learning uses -- that this technology revolution is already underway. And investors would be wise to take a closer look at the companies that are leading the charge.