Please ensure Javascript is enabled for purposes of website accessibility
Log In Help Join The Motley Fool
Free Article Join Over 1 Million Premium Members And Get More In-Depth Stock Guidance and Research
By Chris Neiger – Updated Jul 10, 2017 at 9:58AM

Known for its gaming processors, NVIDIA has a massive opportunity in AI as well.

NVIDIA (NVDA -2.30%) was one of the hottest tech stocks of 2016 and has continued that run into 2017 with a share price jump of 194% over the past 12 months. The company makes the vast majority of its revenue from gaming -- about 53% in the fiscal first-quarter 2018 -- but NVIDIA is much more than just a gaming processor company. 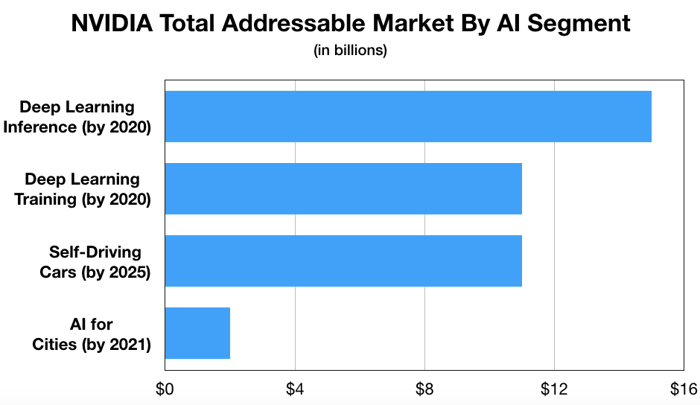 Teresa Kersten is an employee of LinkedIn and is a member of The Motley Fool's board of directors. LinkedIn is owned by Microsoft. Chris Neiger has no position in any stocks mentioned. The Motley Fool owns shares of and recommends Nvidia and Tesla. The Motley Fool has a disclosure policy.