JetBlue is the only airline in the country that never overbooks its flights -- and it still has to bump passengers sometimes.

Last week, a disturbing video showed a United Continental (UAL -7.13%) customer being violently dragged off an oversold flight. Not surprisingly, this incident has caused outrage around the world and sparked calls to boycott United. It also has many people wondering how they can avoid being subjected to a similar experience.

Of course, most oversold situations are resolved in a far more civilized manner. However, it's always inconvenient to get involuntarily "bumped" from a flight. Moreover, every airline in the United States overbooks its flights at least some of the time.

All but one, that is. JetBlue Airways (JBLU -3.91%) is the one holdout that chooses not to overbook its flights -- to be more customer-friendly. Yet even JetBlue has to "bump" customers sometimes -- and this has become a more frequent occurrence in the past year.

There's a simple reason United Continental and most of its peers overbook their flights: Doing so is extremely profitable.

First, customers sometimes don't show up for their flights. Thus, on average, airlines can sell a few more seats than they actually have on the plane without running into trouble. Of course, they sometimes miscalculate, but the benefits of this strategy far outweigh the costs.

Second, airlines like United earn most of their profits from transporting business travelers, who tend to be less price-sensitive. If a business traveler is willing to pay a $1,500 walk-up fare for a flight from New York to Chicago, it makes sense for the airline to sell that customer a ticket even if the flight is already full. Most of the time, the airline can entice someone else to take a later flight by offering a voucher for several hundred dollars toward future travel.

Yet getting "bumped" is extremely rare

Despite the widespread adoption of overbooking, airlines don't have to bump customers against their will very often. Generally, when flights are oversold, airlines are able to find enough volunteers to take later flights by offering generous vouchers.

Indeed, airlines have a strong incentive to avoid involuntary denied boardings, especially when they don't have another way of getting the affected customers to their destinations quickly. In most situations, the Department of Transportation mandates that airlines provide cash compensation equal to 400% of a customer's one-way fare -- up to $1,350 -- if a customer who gets bumped reaches his or her destination more than two hours late (for domestic flights).

Overbooking isn't the only reason you might get bumped

While overbooking is the main cause air travelers get bumped, it isn't the only one. Occasionally there may be a broken seat that can't be used. Sometimes stiff headwinds can force an airline to reduce the weight on a plane that's flying near the limit of its range.

With respect to last week's fiasco at United, still another issue came to light. The airline had to bump four paying passengers from the Chicago-to-Louisville flight to get crew members to Louisville who were needed there for a subsequent flight. 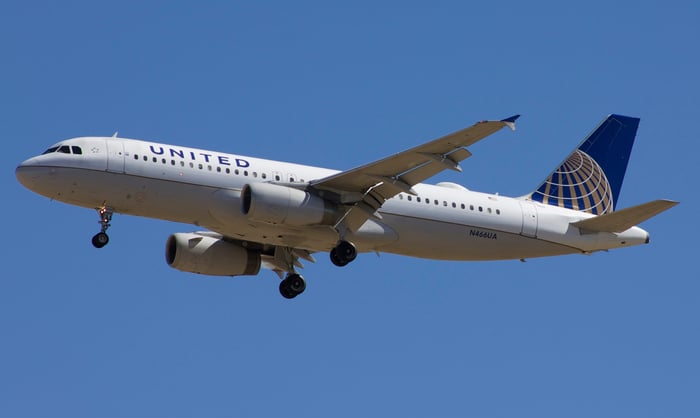 In JetBlue's case, involuntary denied boardings have soared lately for a different reason: aircraft changes. The 150-seat A320 is the backbone of JetBlue's fleet -- the carrier has 130 of them -- but in the past few years, the company has added a subfleet of 20 A321s configured with 200 seats.

Occasionally, a JetBlue A321 ends up out of service because of unplanned maintenance and the only substitute plane available is an A320. Given that the high-density A321 has 50 more seats than JetBlue's current A320 configuration, it's no wonder JetBlue usually can't find enough volunteers to give up their seats.

A little over a year ago, JetBlue Airways was clearly the best airline to fly if you wanted to minimize the likelihood of getting bumped. However, that quickly changed in 2016. To make matters worse, the DOT compensation rules don't apply when customers are bumped because of an aircraft change. (That said, customers may still be eligible for meal and/or hotel vouchers in some cases.)

On the other hand, the alternative to bumping lots of passengers when an A321 goes out of service would be to cancel the flight entirely. Obviously, that wouldn't help anyone.

JetBlue's policies related to involuntary denied boardings are still designed to minimize the inconvenience to customers. The carrier doesn't overbook its flights, and it only switches to smaller aircraft when it has no choice. But even with a customer-friendly attitude like this, no airline can guarantee that everyone will get to their destination on time.