Have you shied away from investing in the biotech sector? Here are three key reasons why you may want to reconsider that decision.

While the biotech sector isn't for the faint of heart, we Fools think that it can be a mistake to avoid the industry altogether. So why should you consider putting money to work in the space? We asked that very question to a team of healthcare Fools. Read on to find out what they said and see if their logic convinces you to change your tune. 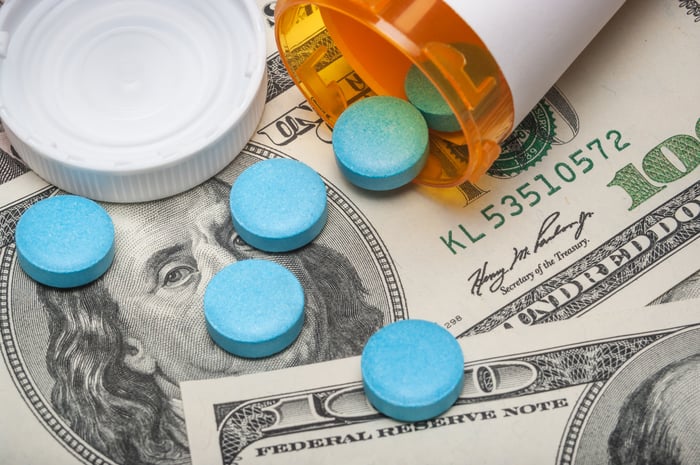 Precision medicine is the wave of the future

George Budwell (Genomics): The study of the human genome, or genomics for short, has already had a profound impact on modern medicine, but the best is undoubtedly yet to come. What most people may not understand is that many diseases like cancer require highly personalized therapies to be truly effective, which is why so many cancer drugs on the market today have fairly low response rates (in the neighborhood of 20% to 30%, and that's for drugs that are considered game-changers).

The long and short of it is that clinicians need therapies that target genetic mutations specific to a single individual -- an emerging area of research known as "personalized medicine." But to make the dream of personalized medicine a reality, we first need more economical and quicker ways to sequence individual genomes to inform drug discovery and development at this highly refined level.

Fortunately, companies like Illumina (ILMN 0.59%), Roche (RHHBY -0.23%), and Pacific Biosciences of California (PACB -1.75%) have been making significant strides to achieve this goal over the last few years. Roche, for its part, has invested heavily in so-called next-generation sequencing technologies -- such as nanopore sequencing (a method in which strands of DNA pass through a tiny, tiny hole) -- as a way to improve our ability to diagnose and subsequently treat various cancers at the individual level.

Pacific, on the other hand, has taken more of an academic approach by simply continuing to refine its DNA sequencing platform to make it more economical and efficient. Last year, for instance, the company rolled out the Sequel70 System that it originally co-developed with Roche. This system can yield seven times the throughput of Pacific's last platform, the PacBio RS II, and at a considerable discount to its predecessor.

Illumina is the dominant gene sequencer on the market and is hoping to lower the cost of sequencing a human genome to $100. These groundbreaking efforts have a high probability of eventually ushering in the era of personalized medicine -- and that's a great reason to remain bullish on biotech for the long haul.

Demographics are your friend

Brian Feroldi (An aging population): The Pew Research Center estimates that roughly 15% of the U.S. population and 8% of the world's population is currently older than age 65. However, by 2030 these figures are expected to jump to 20% and 12%, respectively. That might sound like a small change, but it means that this age group will grow by more than 370 million people globally! For context, that's bigger than the current population of the entire U.S.

This huge demographic shift is going to have a profound impact in a number of ways, but I'd argue that one of the largest is that it will greatly increase the global demand for high-quality healthcare. That means that every biotech company out there will benefit from an ever-expanding base of customers, which is a terrific tailwind for the entire industry.

For a quick example of how this trend can benefit a biotech stock, consider Regeneron Pharmaceuticals' (REGN 0.07%) blockbuster drug Eylea. Eylea is used to treat a handful of diseases of the eye, including wet age-related macular degeneration (wet-AMD). As you may have guessed from the "age-related" part of the disease name, this condition becomes more prevalent in older populations. That means that Eylea's addressable market opportunity is likely to grow significantly over time.

Wet-AMD is far from the only example of a disease that is associated with age. Others include cardiovascular disease, arthritis, cancer, osteoporosis, diabetes, hypertension, Alzheimer's disease, and more. Any biotech that can create a novel treatment for any of these diseases will likely reap huge financial rewards in the years ahead.

Biotech businesses can thrive regardless of the economy

Sean Williams (Recession-proof): One reason I'm continually excited about the prospects of biotech stocks has to do with the recession-proof nature of the industry.

To get one thing clear upfront, this doesn't mean biotech stocks are emotion-proof. Emotional short-term traders have been known to swing biotech stocks higher and lower, which is especially easy to do with companies that are predominantly still in the clinical stage of development and driven by the expectation of future revenue and profitability. But, if you can look past the emotional trading, there's a clear fundamental reason to consider owning biotech stocks over the long haul.

People are going to develop certain ailments regardless of whether the U.S. economy is booming or mired in a recession. This steady expectation of ailments means that branded and generic pharmaceuticals will always be in demand. In effect, prescription drugs are an inelastic product, which is one big reason why drugmakers have such exceptional pricing power.

There is also a laundry list of reasons why drugmakers thrive in the United States. Some of these reasons include exceptionally long patent protection periods, a lack of a universal healthcare system, and insurers that rarely want to go toe to toe with drugmakers. Insurers rarely question drug prices because they fear losing members if they exclude a drug from their formulary.

A good example of a recession-proof biotech stock is Alexion Pharmaceuticals (ALXN). Alexion's lead drug is Soliris, which is focused on a handful ultra-rare diseases. Because of this focus, and a lack of competition, Alexion's Soliris is among the highest-priced drugs in the world, and Alexion is on track to continue delivering sales growth of more than 10% each year. Regardless of whether there's a recession or not, Soliris will remain the go-to drug for the ultra-rare diseases it's been approved to treat.

With the stock market having rallied now for eight years, it could be worthwhile to consider recession-proof biotech stocks as insurance to an inevitable stock market correction.