Though the retailer made its name in workwear for tradespeople, its future growth will rely on appealing to regular Joes and Janes.

Duluth Holdings (DLTH -0.31%) is known for its humorous commercials and "tough-guy" clothing that was originally targeted primarily to people in the building trades. In fact, the company's very first product back in 1989 was a tool caddy called the Bucket Boss. However, with Duluth in the early stages of an aggressive national retail expansion, the company is now attempting to appeal to a much broader audience -- and so far, these efforts appear to be paying off handsomely.

Given the focus of the advertising that Duluth is best-known for, you may be surprised to learn that women's apparel is the faster-growing segment of the business. Duluth introduced its women's line in 2005, and has seen the business skyrocket from that standing start. In 2016, a full 21% of the company's $376.1 million sales -- roughly $79 million -- came from women's clothing, a number that looks set to keep rising. 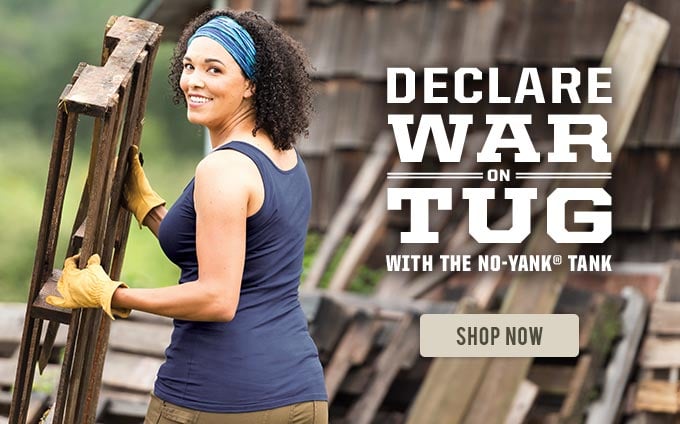 Describing its opportunity in this segment, the company notes that "women have lower awareness of our brand relative to men, but report high levels of satisfaction once they have tried our products." So during the past couple of years, Duluth has stepped up its women's marketing as well, rolling out television advertising that features women of "grit and substance," as well as product-specific ads for its No-Yank Tank, which is advertised as not riding up. These efforts have helped Duluth increase its women's sales at a 45% compound annual growth rate from 2012 through 2016. And heading into 2017, the company plans to invest more in advertising its women's products. 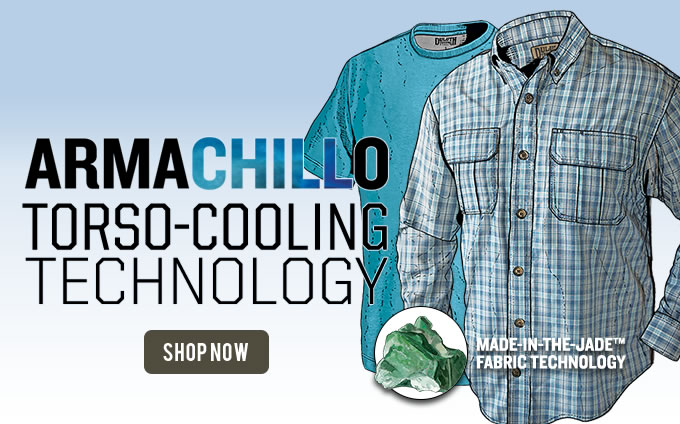 While the company got its start as an on-the-job workwear and gear brand, Duluth has been diversifying its product lines for several years in an attempt to capture more casual wear sales. In addition to the work shirts and pants you'd expect, Duluth now offers underwear, socks, shorts, sweats, business wear (true to the Duluth brand, it's called "No B.S. Business Wear"), and luggage. The company believes its workwear heritage gives its brand credibility with the broader audience it's now seeking.

Judging from Duluth's customer data, this theory appears to hold water. According to the company, just 12% of Duluth's current customers work in the building trades, with 88% belonging to other professions. Meaning the company's products are more mainstream than many people might think. In its most recent annual report, the company notes that its average customer is a homeowner with household income of more than $75,000. 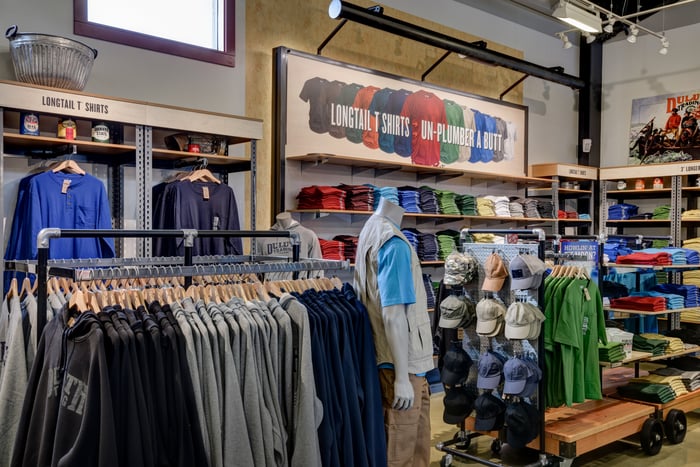 A larger target provides plenty of room for growth

What's the unifying thread between these potentially disparate audiences? Duluth's most recent investor presentation provides a theory. The company says its customers lead "the modern, self-reliant American lifestyle" and that it targets "men and women who are hands-on, value a job well done and are often outdoors for work and hobbies." That's a lot broader than the audience Duluth was selling to when it began.

As Duluth continues to open new stores and increase awareness of its brand, the company now finds itself with a much larger pool of potential customers. In 2016, nearly 2 million people visited a Duluth store, a 74% increase over the prior year. And with 50% of its new store revenue coming from first-time customers, it appears the company's efforts to expand its target audience are beginning to resonate in a big way.