A stock can be a gift that keeps on giving, in more ways than one. Here are three good choices.

What's a good stock to buy as a gift for a child?

Obviously, it would be nice to choose a company that will be healthy and profitable for decades to come. But beyond that, we'd argue that a good choice would be one that stands a strong chance of generating outsize returns in the coming years and will teach young investors lessons that will serve them well as they move into adulthood and begin choosing investments on their own.

Our specialists have rounded up three choices that seem like good gifts for a smart young person: Apple (AAPL -1.79%), Hormel Foods (HRL 0.88%), and The Walt Disney Company (DIS -0.76%). Here's why they made those choices. 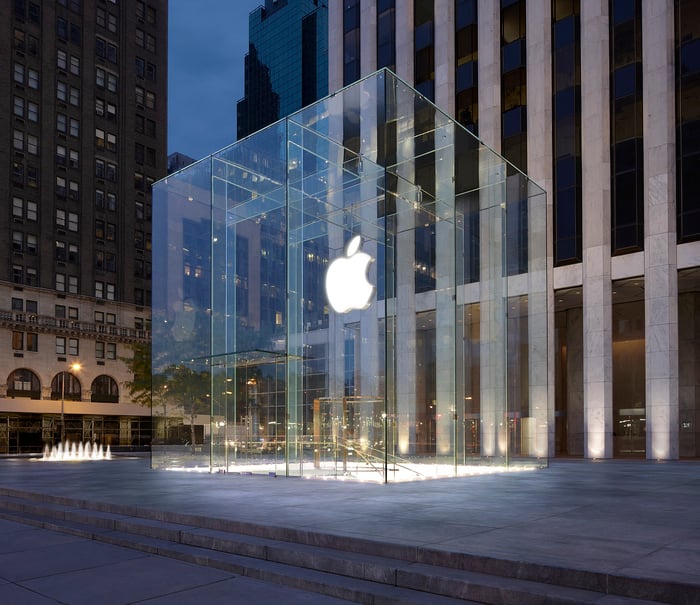 The stock I got is still a good choice today

John Rosevear (Apple): On my 14th birthday, I received what would turn out to be an intriguing gift: one share of the newly public company then known as Apple Computer.

I'm a little embarrassed to admit how long ago that was (Editor's note: It was 1981). Let's just say that my parents recall paying all of $14 for it. The return on that $14 over the last 36 years has been remarkable -- especially when you consider that with splits, that one share is now 112 shares. (It's roughly a thousand-bagger at this point.)

But take note: Despite the tremendous success it has enjoyed in recent times, many of those 36 years were absolutely terrible for Apple's stock. Between management changes, poor strategies, and products that just didn't work out, Apple has had plenty of ups and downs over the years. That will likely be true of the next 36 years of Apple's history, too. But I held on to the stock, and the investing lessons learned from the ups and downs along the way have turned out to be the real gift, just as my parents probably intended.

Apple today isn't the punchy just-public start-up it was way back in 1981. That makes it a very different kind of investment. (Among other changes, Apple pays a dividend these days.) But it's a company that most American kids know well -- and one that stands a pretty good chance of generating outsize profits and teaching young investors important lessons for decades to come.

It's not just Spam anymore

Reuben Gregg Brewer (Hormel Foods): It's always nice when you can buy a company for the grandkids that piques their interest -- and this makes Hormel Foods a great option. That said, you might think of Hormel as the maker of Dinty Moore, Hormel Chili, and Spam, which it is. But your grandkids are probably more familiar with the company's newer products like Muscle Milk, Justin's nut butters, and Wholly Guacamole. The acquisition of these up-and-coming brands is helping to push Hormel into the future.

But a good brand portfolio and a management that's willing to adjust to the times aren't sufficient to make Hormel a good buy. You have to add in the fact that Hormel has increased its dividend for 51 consecutive years. And that, despite the acquisitions, debt stands at just 5% of the capital structure. Or that Hormel has the No. 1 or 2 spot in 35 product categories (sure, that includes Spam, but also a whole lot more).

The final reason to look at Hormel right now, however, is the yield, which is hovering around 2%. That's not a huge number, but it's at the high end of the company's own history, suggesting it's cheap today. Management is expecting near-term performance to face some headwinds, which helps explain the relatively high yield. But that's just a buying opportunity if you are looking to the long term at this well-run food maker.

Keith Speights (The Walt Disney Company): Probably no other company in the world puts a gleam in kids' eyes like Disney does. It sometimes even puts a gleam in the eyes of grown-ups.

Buying Disney stock for your grandkids could be an educational experience for them. Children who are of grade-school age and older are likely already aware of the company's theme parks, Disney Store retail outlets, and the obvious cable TV networks that Disney owns, such as the Disney Channel and Disney Junior. However, they might not realize that it owns other networks like ABC, Freeform, and ESPN.

As you watch movies with your grandkids, you could point out which ones are made by the company in which they own a part. There will be some obvious Disney movies like Beauty and the Beast. However, older kids who watch movies such as Captain America and Guardians of the Galaxy might not be aware that Marvel is part of Disney.

Of course, the most important reason for buying stock for your grandkids is for the investment to grow. Disney stock should be a solid choice to meet that primary objective. Over the last 10 years, its share price has more than tripled. Total returns from owning the stock were even higher due to the dividend, which currently yields 1.39%.

Disney appears to be in great shape for the future as well. Although the trend of canceling cable subscriptions has hurt some of the company's operations, particularly ESPN, the company still has a lot going for it. Its movies and theme parks continue to be successful. Disney is the kind of stock that your grandkids can own and even buy for their grandkids one day.

A Bull Market is Coming: 2 Stocks You'll Wish You'd Owned When it Does