Please ensure Javascript is enabled for purposes of website accessibility
Log In Help Join The Motley Fool
Free Article Join Over 1 Million Premium Members And Get More In-Depth Stock Guidance and Research
By Todd Campbell – Apr 17, 2017 at 9:40AM

The FDA has rejected Eli Lilly and Incyte's application for approval of a potential blockbuster rheumatoid arthritis drug.

The FDA has decided not to grant marketing approval for Eli Lilly & Co.'s and Incyte's (INCY -0.55%) rheumatoid arthritis drug baricitinib, and that setback is potentially good news for AbbVie (ABBV -0.75%) and Regeneron (REGN 0.71%).

Baricitinib was being evaluated for approval for use in patients diagnosed with moderate to severe rheumatoid arthritis, a big addressable market that's worth billions of dollars in sales. 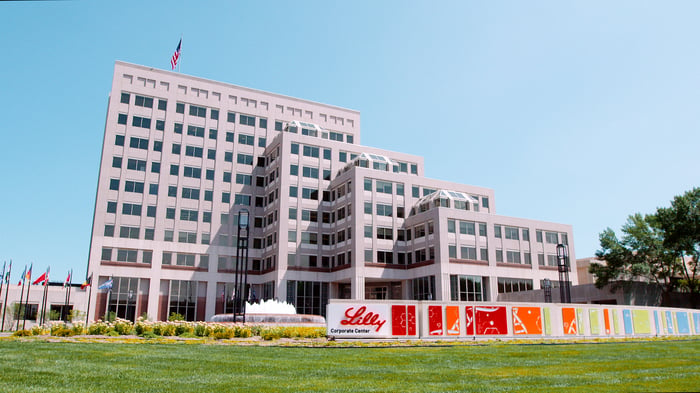 Baricitinib is an oral drug that can be taken once daily. It seeks to reduce rheumatoid arthritis symptoms by targeting a family of Janus kinase enzymes that produce cytokines that contribute to inflammation, and thus stiffness, joint swelling, and pain in patients.

Moderate to severe rheumatoid arthritis can be debilitating. Typically, treating moderate to severe rheumatoid arthritis begins with disease-modifying antirheumatic drugs such as methotrexate. However, the benefit of these drugs wears off over time, and often, that results in the addition of a biologic drug to a treatment, such as AbbVie's $14 billion-per-year Humira.

In severe rheumatoid arthritis cases, biologics often fall short in providing adequate relief from symptoms, with the result that doctors try to treat the condition with other medicines, such as the blockbuster drug Rituxan.

Because baricitinib helped relieve patients' symptoms in trials, industry watchers were predicting it would become a top seller. In the U.S. alone, 1.3 million people suffer from rheumatoid arthritis, and globally, industry watchers peg the size of the market for anti-rheumatics medicine at north of $40 billion.

In January, the FDA extended its review timeline of baricitinib by an additional three months, and on Friday, the regulator finally determined that it had too many questions about baricitinib's dosing and safety to give it a green light.

Eli Lilly and Incyte didn't release the entirety of the complete response letter (CRL) they received from the FDA (a CRL is sent to companies when a regulator rejects the drug), but they did report that the agency says it needs more clinical studies to determine the most appropriate dose of baricitinib, and that they need greater insight into the drug's safety.

So far, Eli Lilly and Incyte have evaluated baricitinib in four phase 3 studies, including two studies that compared baricitinb to current therapies.

In one of those two studies, baricitinib monotherapy was found to be better than methotrexate, producing higher rates of clinical remission. In the other, it outperformed Humira in delivering at least a 20% improvement in disease activity. In the methotrexate study, the companies said that adverse events were similar between baricitinib and methotrexate. In the Humira study, the companies said baricitinib delivered similar numbers of serious adverse events to the placebo control, but higher rates than Humira.

Humira is the market share-leading drug used to treat rheumatoid arthrtis, so news of baricitinib's failure means that AbbVie's revenue from Humira in the indication won't be at risk. According to EvaluatePharma, Humira's market share in rheumatoid arthritis is north of 20%.

Humira, however, might not completely escape the risk of competition this year, because Regeneron and Sanofi (SNY 0.33%) could win an FDA OK for their rheumatoid arthritis drug, sarilumab.

Last fall, the FDA sent Regeneron and Sanofi a CRL, too, but the reason behind their rejection was concerns over manufacturing at one of Sanofi's facilities. Recently, the two companies won FDA approval for a new eczema drug, Dupixent, that's made at the same location, so it seems that the FDA's manufacturing concerns have been addressed.

Regeneron and Sanofi told investors earlier this year that they plan on resubmitting sarilumab for approval soon, so an approval could still be granted this year. Sarilumab, which will be sold under the brand name Kevzara, won approval for use in Canada in February, and at the time, Regeneron said it expects U.S. and EU decisions by the end of 2017.

Eli Lilly and Incyte say that they disagree with the FDA's decision, and they'll be sitting down to talk with regulators more. A timeline for additional studies, or a potential resubmission for approval, won't be offered up to investors until after that meeting, so for now, Eli Lilly and Incyte are the losers, and Humira, and potentially Regeneron, are the winners following this decision.