A retailer, a liquor company, and a regional banking group make this week's lineup.

It seems there's no slowing down the dividend-raising train. It's been barreling down the tracks all year, with a host of companies large, small, and in between lifting their payouts.

True to form, several noted enterprises have lifted their distributions in recent days, specifically the following. 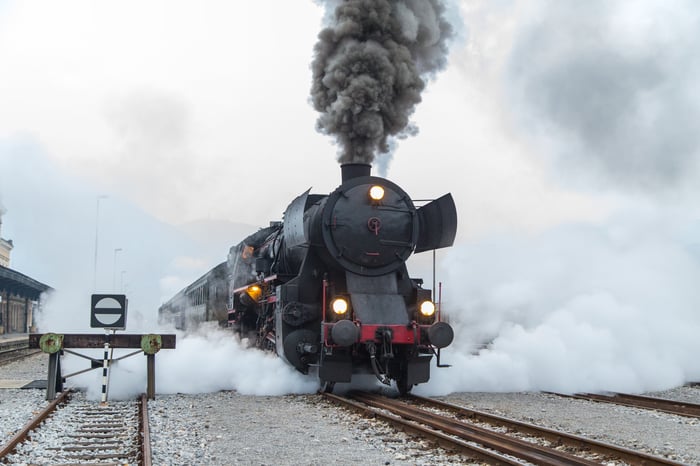 Although these are challenging times for the retail industry, off-price-clothing and home-furnishings purveyor TJX Companies (TJX 0.34%) has been doing very well lately. It's sharing more of this prosperity with its stockholders, in the form of a 20% raise in its quarterly dividend to just over $0.31 per share.

TJX is arguably the success story in the retail sector just now, with both revenue and profitability on the rise. In its recently reported fiscal 2017, net sales rose by 7% over the 2016 tally to reach $33.2 billion, while net income advanced by 1% to almost $2.3 billion. Both figures have been climbing over the past few years. 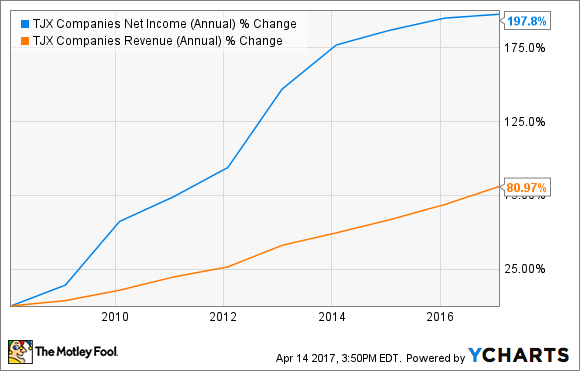 Meanwhile, the company's operating and free cash flow levels for 2017 were both around 20% higher on a year-over-year basis. This, probably not coincidentally, more or less matches the level of the new dividend raise. TJX likes to spend most, all, or even a bit more than its free cash flow on dividends and stock buybacks.

Some might worry about that, but I think the company's got enough fundamental muscle to support the spending, and I'd count on more payout raises at least into the near future.

TJX's new distribution will be paid on June 1 to investors of record as of May 11. At the current stock price, it would yield 1.6%, which is shy of the nearly 2% average of dividend-paying stocks on the S&P 500.

Drink up! On the back of a strong fiscal 2017, liquor and beer producer Constellation Brands (STZ 1.02%) is raising its quarterly dividend by a fizzy 30%. The company will now pay $0.52 per share.

It was an excellent year for the company. Net sales rose by 12% on a year-over-year basis, landing at $7.33 billion. Beer was the drink that provided much of the buzz; sales in the category improved at a sturdy 17% clip thanks to increases in both volume and prices. On the bottom line, Constellation Brands was well in the black at $1.38 billion ($6.76 per diluted share) -- 25% better than the 2016 result.

By the way, that annual EPS figure was a record for the company. It also notched a new all-time high for operating cash flow, which clocked in at just under $1.7 billion. That bump filtered down into free cash flow, which rose by a mighty 51% to almost $789 million.

The company, however, has been a spendthrift lately -- despite those encouraging increases, in fiscal 2017 it paid significantly more than its FCF pile on share buybacks and the dividend. So although the liquor purveyor is doing well these days and can probably sustain that enhanced payout, if I were a shareholder I'd keep a wary eye on how it spends its money going forward. 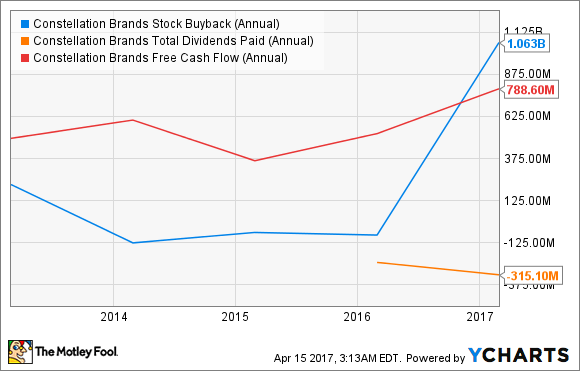 Constellation Brands' upcoming payout is to be dispensed on May 24 to stockholders of record as of May 10. It yields a theoretical 1.2% on the company's most recent closing share price.

Bank of the Ozarks (OZK 0.91%) is a constant and steady dividend raiser. The latest in a long series of raises for the company is a 3% bump in the quarterly payout to almost $0.18 per share. 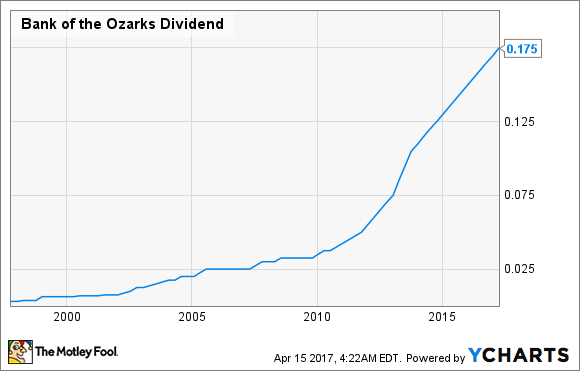 The regional banking group is a solid, dependable lender that expertly manages its loan book. It's also adept at growing through choice acquisitions. Last year, for example, it soaked up Southern banking companies C1 Financial and Community & Southern Holdings.

This combination of good underlying fundamentals and asset buys has really juiced results lately. In its Q1, Bank of the Ozarks reported record net income for the frame, at over $89 million -- which happened to be 73% higher on a year-over-year basis. Total assets (up 68% to $19.2 billion), loans and leases (60%, and $14.8 billion), and deposits (63%, and $15.7 billion) also saw significant rises at the beefed-up company.

Although the bank is a frequent dividend raiser, it isn't a particularly generous one; that 3% increase is fairly typical. This is comforting in a way -- the company keeps much of its take in-house for activities like those opportunistic acquisitions, while socking away more than enough cash to fund the dividend and stock repurchases.

No one should worry about the viability of this distribution, then, but the company could be more generous with those raises.

Bank of the Ozarks will pay its new dividend on April 21 to shareholders of record as of April 14. It would yield 1.5% at the current stock price.