Please ensure Javascript is enabled for purposes of website accessibility
Log In Help Join The Motley Fool
Free Article Join Over 1 Million Premium Members And Get More In-Depth Stock Guidance and Research
By Ashraf Eassa - Apr 17, 2017 at 11:45AM

The schedule lines up nicely for a 10nm-powered iPhone.

Although the fact that TSMC expects a "very fast" production ramp of its 10nm technology in the second half of 2017 (i.e. beginning in the third quarter) might make it seem, as James notes, that this might be too late to hit Apple's (AAPL -1.80%) iPhone 7s/7s+/8 production schedule, I don't think it is. Here's why. 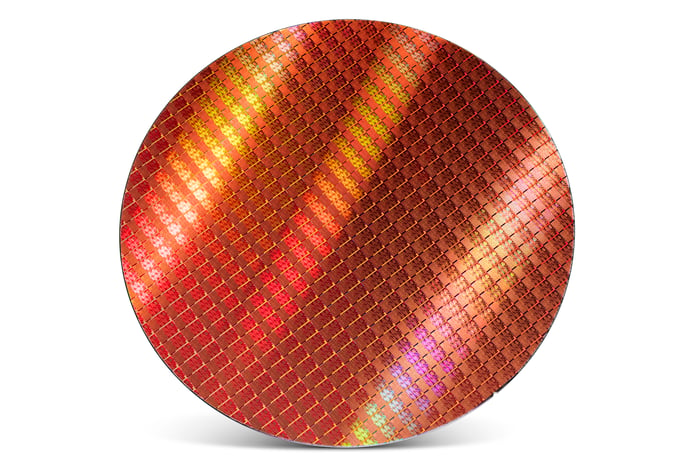 If TSMC only started mass production of chips using its 10nm technology in the third quarter, then there would be absolutely no chance that Apple's A11 chip would be built using TSMC's 10nm technology. It usually takes three months (possibly longer) to fully process a silicon wafer, with additional time required to package and test those chips, ship those chips to customers (in this case, Apple's contract manufacturers), and then integrate those chips into devices, like Apple's iPhone.

However, I believe that TSMC is talking about a revenue ramp up in this case. To dig deeper into this, we need to understand how TSMC recognizes revenue -- a fact that we can find in the chip-maker's most recent form 20-F filing.

TSMC says that it recognizes revenue "when the goods are delivered and titles have passed." It goes on to list a set of conditions that it needs to meet to recognize revenue, which I've reproduced below for the sake of convenience:

In other words, TSMC likely doesn't report revenue from a wafer sale until Apple (or, more likely, its contract manufacturer(s)) have at least gotten ahold of the finished wafer, if not processed, packaged, and tested chips from said wafer.

So, if TSMC begins production on the A11 this month, then finished chips bound for this fall's iPhone models should be ready to go in July or August, which is around when mass production of the next iPhone is expected to begin.

From a timing perspective, 10nm should be good to go for the next generation iPhones.

The timing appears to work, but that's not the only reason that I'm confident that the next iPhone models will have 10nm-based processors.

TSMC says that it expects that 10% of its entire 2017 revenues will come from sales of 10nm wafers. The only customers that could contribute this kind of volume and revenue in such a short amount of time are Apple and potentially Qualcomm (QCOM -1.91%), and we already know that Qualcomm isn't using TSMC to build 10nm chips.

Beyond that, though, there are good technical reasons for Apple to move to the 10nm technology. Simply put, Apple is already shipping large chips (the A10 is about 125 square millimeters in size in TSMC's 16nm tech).

If Apple wants to dramatically increase the features and functionality that it integrates into its A11 chip, it needs to throw in more transistors, which balloons chip size (the A10 is already quite large for a mobile chip). The move to 10nm technology should allow Apple to cram in much more functionality while keeping chip size in check.

All told, I'm very confident that this year's Apple A11 chip will be manufactured on TSMC's 10nm technology, not its older 16nm technology.