The M2M communications company is steadily expanding its reach.

CalAmp Corp. (CAMP -2.92%) stock climbed modestly in Tuesday's after-hours trading, when the machine-to-machine communications company announced in-line fiscal fourth-quarter 2017 results. All told, the company is pleased with its performance, which notably included another quarter of solid growth for its core MRM telematics business.

Let's have a closer look, then, at how CalAmp closed its fiscal year, as well as what investors can expect going forward. 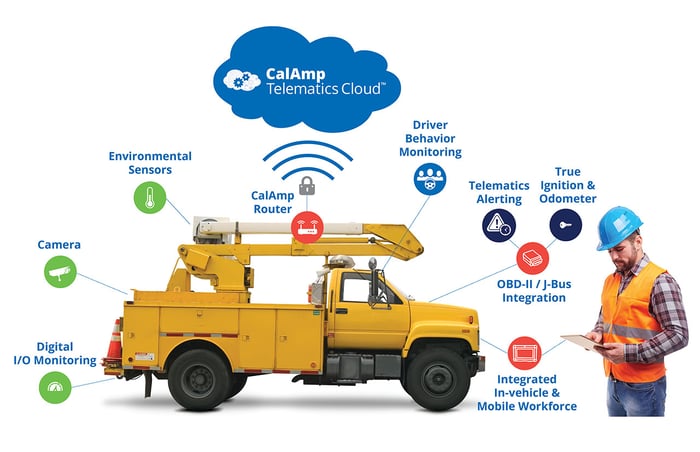 As we close out fiscal 2017, we are pleased with the progress we have made on a number of financial and business objectives, which have helped set the stage for long-term growth and profitability. We completed the integration of LoJack, expanded our product and service offerings, and made significant progress with international expansion. In addition, we are pleased that fourth-quarter revenue from MRM telematics products grew for the second consecutive quarter, reaching the highest revenue level in over a year.

For the current fiscal first quarter of 2018, CalAmp expects revenue of $84 million to $90 million, adjusted EBITDA of $11 million to $14 million, GAAP net income per share of $0.01 to $0.09, and adjusted net income per share of $0.24 to $0.32. By comparison -- and though we don't typically pay attention to Wall Street's demands -- analysts' consensus estimates predicted fiscal Q1 revenue of $88.2 million, slightly above the midpoint of CalAmp's guidance range, and adjusted earnings of $0.28 per share.

In the end, there were no big surprises from CalAmp this quarter. And that's a good thing as this small-cap Internet of Things company continues to position itself to capitalize on its immense growth opportunities going forward. So while the market's muted reaction to these solid results wasn't as exciting as some might have hoped, I think patient, long-term investors should be more than happy with CalAmp today.