Podcasts offer an ideal advertising medium for small companies looking to communicate directly with customers -- and that could disrupt some massive industries.

If you haven't gotten into the world of podcasting yet, you're missing out. It offers comedy, politics, religion, sports, long-form storytelling, and every other audio entertainment niche you can think of, all just a few clicks away.

But the disruption podcasting is bringing may have more impact than simply finding new places for content that was formerly on the radio. It could change the way we shop, how we eat, and upend the retail and advertising landscape. Don't sleep on how disruptive this new form of media could be. 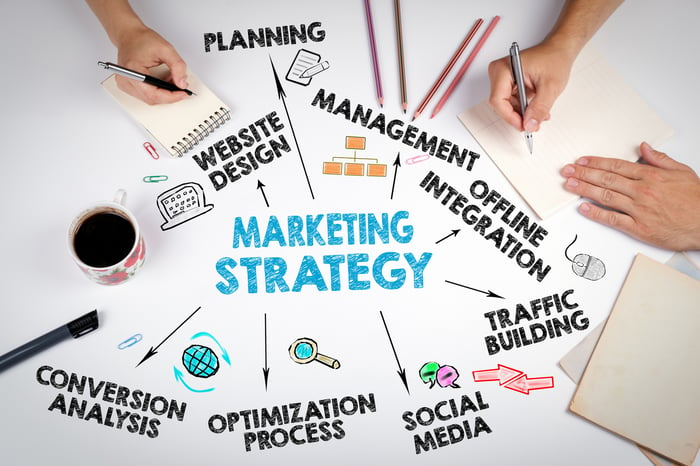 The media landscape has been in turmoil for most of the past decade as smartphones and streaming content have soaked up large swathes of time people previously spent enjoying traditional TV and radio. The 2015 Accenture Digital Consumer Survey showed that TV and movie viewership was down 13% year over year while sports viewership was down 10% globally. According to Nielson data, traditional TV viewership among the key 18- to 24-year-old demographic was down 41% between Q3 2011 and Q3 2016. Even the seemingly indefatigable NFL saw an 8% decline in viewership in 2016.

This followed decades of decline in radio listenership  across the country. And as radio and TV ratings slump, advertisers have been looking elsewhere to reach customers. The upsides to internet advertising were obvious; ad buys were smaller, easier, and more accessible to small companies. Buyers could target ads to specific types of consumers, or to be displayed next to the results from specific searches, neither of which  could be done with old media. Podcasts may be the next step in advertising's evolution.

Podcasting is already creating a new advertising landscape. And the audience is big.

According to Edison Research, 21% of all Americans -- around 57 million people -- listen to them, similar to the number of people who use Twitter. And podcast listening grew 23% between 2015 and 2016. That study also found that 25% of Americans ages 12 to 54 listen to at least one podcast per month, with the average among them listening to five. This creates a broad landscape in which product companies can advertise, and one that's perfect for the direct-to-consumer business model that is gaining momentum.

Disruption in the product business

If you've listened to podcasts, you've been hearing advertisers experiment with new ways to attract customers, and a new method for gauging the success of their campaigns. You won't see Budweiser and Chevy trying to build product awareness and brand loyalty in this medium. Instead, direct-to-consumer companies have used podcasts to promote a broad array of product: Socks, underwear, mattresses, suits, and food delivery are staple offerings -- and for good reason.

As podcast advertising began to gain momentum, ad sellers and buyers needed a way to measure a campaign's success, which was difficult because there's no accurate way to measure how many times a podcast is actually listened to. (It's easy to download a podcast and never listen to it.) Their solution was to create offer codes for specific episodes, which measure conversions for an individual ad placement into sales. This gave more precise measures than are available with TV or radio, where it's impossible to measure conversions, and is arguably more efficient than advertising via Facebook or Alphabet, although podcast ads are often paired with ads on those two giants, which between them account for almost two-thirds of internet advertising market.

The effect is to create an opening for innovative new businesses. Instead of making a great product, trying to get it into big box retailers, and then advertising widely to get customers to go to those retailers, companies can target a few podcasts with small ad buys and reach customers directly, allowing the companies to grow more prudently. This focused outreach is less risky, in that it avoids the large marketing spends and expensive inventory buildouts that can cripple companies that don't find success quickly enough to justify the outlays.

The changes in the media and advertising landscape have impacts that go far beyond just podcast advertising. As users move away from TV and radio -- where big retailers and brand companies leverage their scale with big ad buys -- and toward mediums like podcasts, the retail and product landscape will change as well.

New brands are going straight to consumers with their ads -- and their sales -- and cutting out retailers altogether. And when traditional layers of retail like distribution and store fronts are cut out of the equation, that cuts costs as well. If more product companies can sell directly to consumers successfully, there will be no turning back. Retailers are already facing an uphill battle against the internet; the growth of podcast advertising is another reason why the future of big retail is looking darker by the day.

Suzanne Frey, an executive at Alphabet, is a member of The Motley Fool's board of directors. Travis Hoium has no position in any stocks mentioned. The Motley Fool owns shares of and recommends Alphabet (C shares) and Facebook. The Motley Fool has a disclosure policy.

Used Car Prices Are Plunging: 1 Under-the-Radar Stock That Could Benefit