Please ensure Javascript is enabled for purposes of website accessibility
Log In Help Join The Motley Fool
Free Article Join Over 1 Million Premium Members And Get More In-Depth Stock Guidance and Research
By Ashraf Eassa - Apr 18, 2017 at 8:00AM

This chip giant aims to bring out an all-new chip manufacturing technology approximately two years after its 7-nanometer tech goes into production.

After that, though, TSMC says that it intends to bring its 5-nanometer technology into volume production in the 2020 time frame. While 7nm+ represents a modest improvement relative to the original 7-nanometer technology, 5-nanometer should represent a bigger generational leap in terms of both performance as well as in chip area. 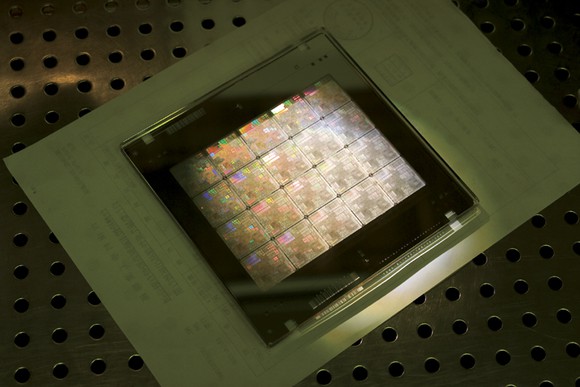 TSMC hasn't said too much about this technology, but it did offer some tidbits on its most recent earnings call.

Working with customers to decide what to build

TSMC co-CEO said that the company has been "working with major customers to define 5nm specs and to develop technology to support customers that reach schedule in [the] second quarter [of] 2019 with volume ramp in 2020."

The chip giant also said that it has developed "functional SRAM" on the technology. SRAM cells are memory cells that are embedded in chip designs and are generally used to build fast on-processor cache memories.

The major drivers of this technology

Going forward, there likely aren't going to be a lot of semiconductor companies that will be interested in rushing to next-generation chip manufacturing technologies. It's widely believed that each successive generation of manufacturing technology brings additional cost and complexity (at least to the chip design side of things), so only those companies that need the absolute cutting-edge performance/power/area are expected to quickly move to new technologies like 5 nanometer.

I expect that the high-end mobile chip companies will have critical influence on the definition of TSMC's 5-nanometer technology. Think, for example, Apple (AAPL -1.80%), which drives its chip manufacturing partners hard to get to next-generation chip technologies.

Indeed, Apple's in-house applications processors contain much of the functionality that makes an iPhone an iPhone, and more advanced manufacturing technologies allow Apple to add additional features to its chips and boost performance by virtue of better transistors and the ability to throw more of them at the problem, all while keeping battery life and device size in check.

All of this stuff is absolutely critical to the user experience that Apple can deliver with its devices.

Given how important Apple's business is to TSMC, particularly when it comes to TSMC's business at the leading edge of chip manufacturing technology, I would strongly expect that Apple will have substantial influence on the definition of TSMC's 5-nanometer tech (and beyond).

Qualcomm (QCOM -1.91%), too, might be another company involved in the definition of TSMC's 5-nanometer technology. Today, Qualcomm doesn't manufacture its high-end smartphone processors at TSMC -- it uses Samsung (NASDAQOTH: SSNLF) Foundry to build those chips -- but rumors have been swirling that Qualcomm will return to TSMC for the 7-nanometer technology generation.

If that's the case, and if that collaboration extends to the 5-nanometer technology generation, then Qualcomm would be another company that would make use of such bleeding-edge technology (for both its high-end mobile chips as well as its server processor ambitions).

Another company that could benefit from this technology would be graphics specialist NVIDIA (NVDA -2.46%), and I wouldn't be surprised if TSMC sought NVIDIA's input -- at least for a "high-performance" version -- for the definition of 5 nanometer. Graphics processors are generally used for applications that require high-performance computing capabilities (it's not just graphics). Although NVIDIA has said it doesn't aim to be the first company to new manufacturing technologies, it wants to adopt them shortly after the first-movers (i.e., the Apples of the world) do.