Stocks gave up much of the gains they made yesterday, as both the Dow Jones Industrial Average (^DJI -0.42%) and the S&P 500 (^GSPC 0.16%) indexes took a turn for the worse, largely due to a drop in the healthcare sector.

As Q1 earnings season really starts to get underway, investors are waiting to see how reporting companies can shed light on the state of the economy. Healthcare was the biggest losing sector today, largely dragged down by Johnson & Johnson (JNJ -0.77%), though financials and energy took a hit as well. 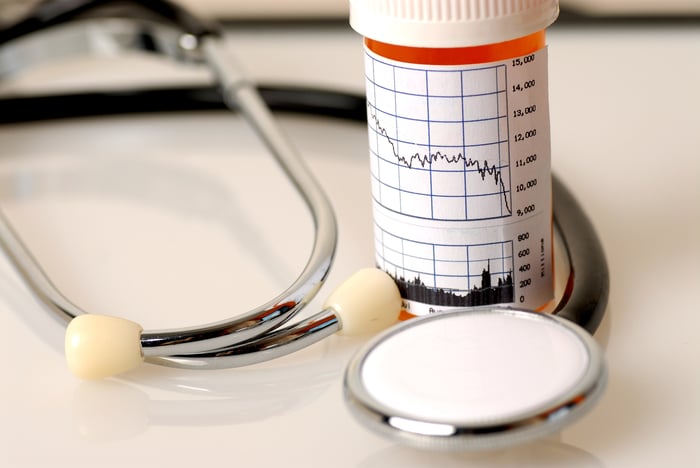 Healthcare megaconglomerate Johnson & Johnson saw its shares fall around 3% after the company reported first-quarter earnings that were below analyst expectations.

Investors' disappointment appears to mostly stem from lower-than-expected pharmaceutical sales, as the company's U.S. sales declined about 1.3% over the same quarter last year. Analysts seem to be fearing what those results could signal for the broader market, helping to push shares down for other similar healthcare companies, both large and small.

The tech industry was buzzing today as Facebook (META 5.10%) held its F8 developers conference, where CEO Mark Zuckerberg said that augmented reality (AR) -- computer-generated additions to real-world surroundings as seen through a camera (think Pokemon Go) -- would play a large role in Facebook's future. Management noted that the technology is still in its very early stages, and while the current features like adding art to buildings and changing lighting in real-time video are impressive, one might imagine using it in new ways, like rendering 3D mockups of products in your home, or displaying relevant information on top of an item or location. 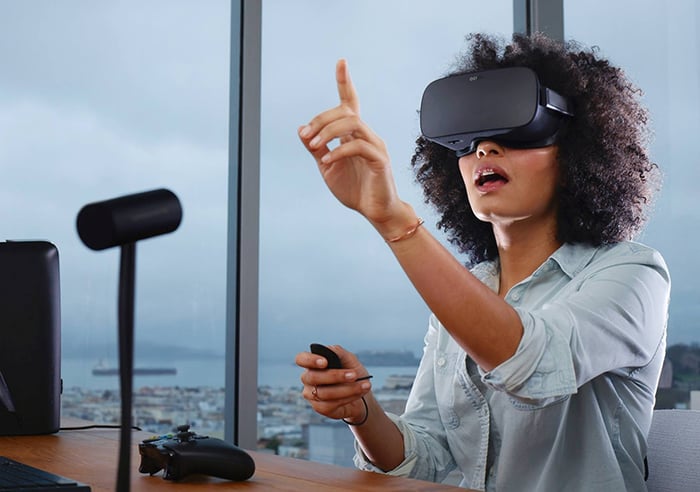 AR has helped rival Snap Inc.'s (SNAP 9.19%) Snapchat grow quickly in popularity with fun effects and masks that users can add to selfie videos. Facebook has implemented many features already in its Facebook and Instagram platforms that are in direct competition to Snap, such as Stories, which allows users to post small videos to a daily feed. This push for more AR features seems to be another effort to keep the heat on the smaller social media company. Zuckerberg also hinted at eventual physical eyeglasses utilizing AR technology, which would be another direct jab at Snap, which launched its own physical glasses last year.

The company announced a few other interesting updates such as Facebook Spaces, a virtual world for the company's Oculus Rift virtual reality headset that would put multiple users together in a virtual setting, no matter where they are physically in the world.

Facebook shares declined less than 1% today. The company reports its first-quarter earnings on May 3.