A merger of these two companies could lead to a fitness and action sports juggernaut.

There's no question the action sports and fitness market is booming, which should be good news for both Garmin Ltd. (GRMN 0.97%) and GoPro Inc. (GPRO 1.83%). But Garmin's stock is still off more than 50% from its all-time high in 2007, and GoPro has been in a funk since a botched product launch in mid-2015.

Both companies have a valuable position in the market, though, and may not be doing everything they can to exploit that position. If they want to be the best they can be, a combination of the two may be the best idea. 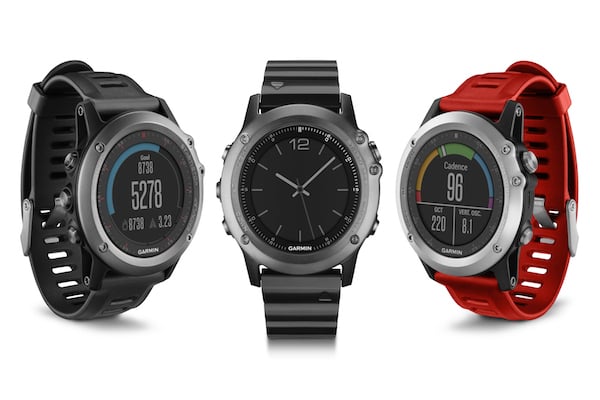 Smartwatches are a big growth market for Garmin and could be an asset for GoPro's cameras as well. Image source: Garmin.

Garmin should spin off legacy assets

Garmin splits its business into five segments: outdoor, fitness, marine, aviation, and auto. They are all GPS-based products, which is why Garmin is in the business in the first place, but many segments don't have much alignment from a product or sales channel standpoint. And Garmin could use this as an opportunity to split into legacy assets and growth assets.

The marine, aviation, and auto businesses are really what made Garmin the company it is today, but in 2016, their combined revenue fell 5.4% to $1.65 billion. These are assets that could use similar GPS and mapping capabilities that may not make as much sense with outdoor and fitness products. Spinning these assets off into their own company could allow them to focus on profitability while remaining assets focus on growth.

Growth at Garmin is coming from outdoor and fitness segments, which grew 33% to $546.3 million and 24% to $818.5 million, respectively, in 2016. Garmin's real strength is in activities that need GPS like running, biking, triathlons, golf, and hiking. You may call those action sports, which is GoPro's bread and butter. These are the two segments that I think make sense with GoPro.

GoPro is in need of some product synergies so its cameras, and now drone, aren't on an island by themselves. And since it leads the market in action cameras, that could be a nice addition to Garmin.

One of the interesting additions to Garmin's product line recently are action cameras. This is a direct move to take market share from GoPro, and Garmin has an interesting use case. The cameras can capture great data like speed, elevation, and temperature while in use (which you can also get on Garmin watches). You can also use a Garmin watch to take pictures with a Garmin camera.

But Garmin isn't likely going to take the market share lead from GoPro in cameras, so the camera product is a nice addition but won't ever be a major moneymaker.

If you combined Garmin's outdoor and fitness products with GoPro's cameras and drone, you could have an ecosystem of products that worked seamlessly together and had superior capabilities to competing products. Since both companies are targeting much of the same active customers, there's likely a lot of crossover as well.

From an operational standpoint, there could be more synergies as well. Not only could back-office and product development capabilities be streamlined, but both companies could focus their efforts on direct-to-consumer sales. Even in the retail channel, they could offer a compelling product for retailers' shelves.

If Garmin were willing to spin off its marine, aviation, and auto businesses into either another public company or to a buyer, it would make a lot of sense to combine the outdoor and fitness assets with GoPro. Merging durable smartwatches and fitness trackers with action cameras and drones in a seamless ecosystem of products could be a great combination and give both companies a better value proposition.

On their own, neither Garmin nor GoPro has done a lot to excite investors. Maybe mixing the best of the two companies could be a winning combination for consumers and investors alike?