Please ensure Javascript is enabled for purposes of website accessibility
Log In Help Join The Motley Fool
Free Article Join Over 1 Million Premium Members And Get More In-Depth Stock Guidance and Research
By Adam Levy - Apr 18, 2017 at 9:40AM

The Federal Communications Commission (FCC) recently announced the results of the first incentive spectrum auction. The auction reallocated radio airwaves previously controlled by broadcast television stations to telecom companies to support their wireless data networks. But one telecom company that won't be getting any of that spectrum is Verizon Communications (VZ -0.49%). The company failed to place any winning bids in the auction.

The FCC auction specifically reallocated the 600 MHz band of airwaves, which are well suited for covering large areas and penetrating buildings. While Verizon holds a good amount of spectrum in that band already, it's surprising the company wasn't more aggressive in the auction. That's particularly true in light of its recent decision to offer a new unlimited data plan to its sizable retail wireless customer base.

Verizon may be more interested in trying its hand in the mergers and acquisition market, where it can use stock to help finance its purchases. It may face competition from AT&T (T 0.12%), which was also relatively inactive in the auction, spending less than $1 billion. 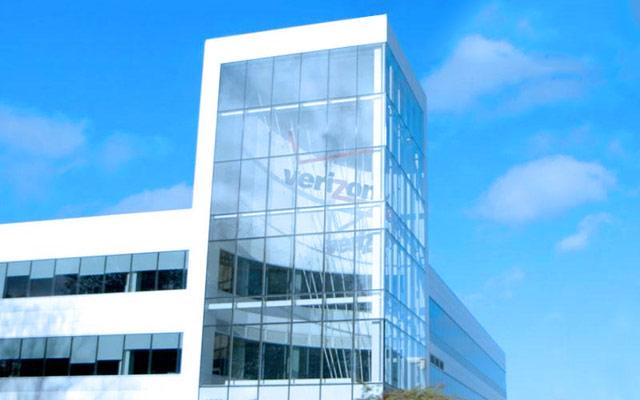 Verizon has historically been very active in the FCC's spectrum auctions. In 2008, the carrier spent $9.4 billion for 700 MHz spectrum, which has very similar characteristics to the 600 MHz spectrum the FCC just sold. In 2015, Verizon spent another $10.3 billion on the FCC's AWS-3 mid-band spectrum (high 1000s MHz to low 2000s MHz) auction.

Verizon has also bought spectrum on the private market. It bought a bunch of AWS licenses in 2011 for $3.6 billion from a group of cable television companies. That $3.6 billion is in addition to offering an option to activate an MVNO agreement at lower-than-usual rates. Comcast (CMCSA -0.67%) recently took advantage of that agreement with the launch of Xfinity Mobile.

Verizon's decision to sit on the sidelines while smaller carriers snatched up the spectrum may be because the company doesn't think it needs any more low-band spectrum (sub-1000 MHz). The upcoming 5G network will run on high-band spectrum, which is capable of delivering very high data speeds, but over relatively short distances. Verizon is working to beat the competition to market with its 5G network.

Verizon owns 46.2 MHz in the low-band spectrum range. That's still more than T-Mobile (TMUS 0.09%), which just bought 31 MHz in the 600 MHz band. T-Mobile's total will climb to 41.1 MHz after it closes its purchases. That includes some 700 MHz spectrum T-Mobile bought from Verizon in 2014. That deal was another indication that Verizon is set with its low-band spectrum holdings.

But Verizon's customer base is around twice the size of T-Mobile's. AT&T, which has a similarly sized customer base, owns 70.5 MHz of low-band spectrum. With the launch of a new unlimited data plan, Verizon's network could suffer if it doesn't do something.

In all likelihood, Verizon will be very active in merger and acquisition talks in the following weeks. It's already reportedly interested in outbidding AT&T for Straight Path Communications. AT&T agreed to pay $1.6 billion for the company, which holds high-band spectrum licenses useful for a 5G network.

Rumors have circulated for a while that Verizon may be interested in buying Dish Network (DISH -1.38%) or otherwise gaining access to its growing trove of spectrum licenses. Dish was an active bidder in the recent auction, spending $6.2 billion. The satellite TV company owns a variety of spectrum licenses in the low-band and mid-band ranges. Dish may be interested in selling the spectrum licenses in exchange for cash and an MVNO agreement along the lines of the one Verizon offered Comcast and other cable companies in 2011.

Verizon has a few options, but none of them will be particularly cheap. Investors should pay attention to what deals Verizon makes, and how it structures those deals to manage its debt and balance it with cash flows.