The market is clinging to reasonable gains so far in 2017. The S&P 500 is trading 5% higher year to date, but some stocks haven't been as fortunate.

Let's take a look at some of the investments that have burned investors this year. These three companies have seen their stocks shaved by more than half since the start of 2017. (The year-to-date returns are as of Tuesday's market close.) 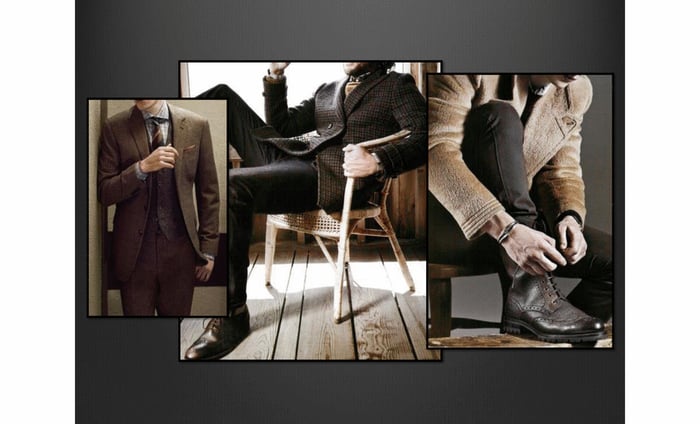 This may not be a household name, but Tailored Brands (NYSE:TLRD) is the parent company of Men's Wearhouse and Jos. A. Bank, two names that snappy dressers know all too well. The big hit for Tailored Brands came in early March when the stock shed nearly a third of its value after posting uninspiring results for the holiday quarter.

Tailored Brands posted lower net sales and a larger quarterly deficit than analysts were expecting. Comparable-store sales were negative at Men's Wearhouse. There was an uptick at Jos. A. Bank, but that was only because it was coming off of a brutal holiday quarter a year earlier.

Tailored Brands didn't help matters by unveiling weak guidance for the new fiscal year. It sees comps remaining negative in the near term. The silver lining here is that the pummeled stock has pushed the stock's yield to nearly 6%, but that beefy payout is only sustainable if Tailored Brands is able to get its businesses back on track.

Dry-bulk vessels stocks have been slammed this year, and DryShips (NASDAQ:DRYS) can feel the pain. You know life is pretty bad when you've had to declare five reverse stocks splits over the past 13 months, including two so far in 2017. Revenue has fallen sharply for seven consecutive quarters, and you have to go all the way back to 2010 to find the last time that DryShips came through with an annual profit.

DryShips is trying to make the most of the industry's frustrating fundamentals, including acquiring drybulk vessels of its fledgling peers. It also initiated a dividend policy in February, hoping that the payout could help stabilize the stock. We'll see if that does the trick.

Internet retailers have been eating away at sporting-goods stores for years. Sports Authority shuttered the last of its stores last year. The climate has been marginally kinder for concepts focused on hunting and camping gear, but that doesn't mean that all of the remaining players are faring well.

Sportsman's Warehouse Holdings (NASDAQ:SPWH) also took a big hit after a miss in its latest quarter. Comps declined 5.2% for the 78-unit chain of stores that's trying to keep a firm grasp on outdoor enthusiasts. Revenue grew as a result of a larger store count, but earnings declined, falling short of Wall Street targets on both ends of the income statement.

Its outlook is even worse. Sportsman's Warehouse expects to post a loss for the current quarter, with comps clocking in at 9% to 11% below prior-year's levels. Things aren't getting better, and that's why you can buy twice as many shares today as you could have when the year began for the same amount of money.