A difficult retail environment led to lower sales and a bigger loss than expected.

Shares of menswear retailer Tailored Brands (TLRD) tumbled on Thursday after the company reported fourth-quarter results that were well below analyst expectations. At 11:45 a.m., the stock was down about 30%.

Tailored Brands reported fourth-quarter revenue of $793.3 million, down 3.9% year over year and $18 million below the average analyst estimate. Comparable sales dropped 1.2% overall, with Men's Wearhouse posting a 2.2% decline, and smaller brands K&G and Moores suffering declines of 5.2% and 5.4%, respectively. 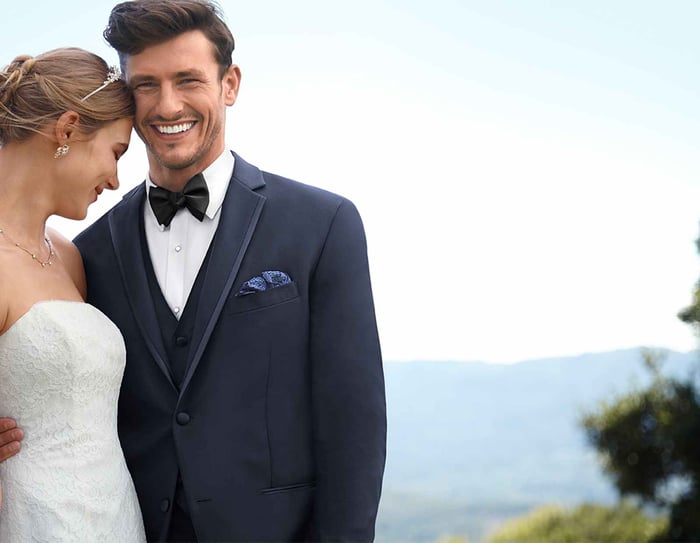 Non-GAAP (adjusted) earnings per share (EPS) came in at a loss of $0.19, up from a loss of $0.30 during the prior-year period but $0.07 lower than analysts were expecting. Lower sales hurt the bottom line, while cost-cutting lessened the impact.

CEO Doug Ewert blamed soft traffic across the company's retail brands for the weak quarter. Despite this headwind, he discussed the progress Tailored Brands made in 2016: "We closed 233 stores under our store rationalization program, we achieved over $60 million in cost savings through our profit improvement plan, and we stabilized and began to turn around Jos. A. Bank. With a focus on continued operational excellence, we have built a strong foundation for future growth."

In addition to missing analyst estimates for the fourth quarter, the company guided for an earnings decline in 2017. Tailored Brands expects to produce non-GAAP EPS between $1.45 and $1.75, down from $1.76 in 2016. Comparable sales at the Men's Wearhouse brand are expected to decline by a low-single-digit percentage, while Jos. A. Bank is expected to grow comparable sales by a mid-single-digit percentage.

With the turnaround at Jos. A. Bank proceeding at a snail's pace, and with the rest of the business suffering from weak sales, investors punished the stock on Thursday.