The sportswear company was one of the biggest losers in a survey of America's teens. Here's why that's a big deal.

Under Armour (UA 2.19%) (UAA 5.39%) has gone from stock market darling to pariah in just a few short months. Two consecutive weak earnings reports, the end its 26-quarter streak of 20% revenue growth, and management's decision to pull back from its 2018 guidance of $7.5 billion revenue have combined to push the stock down 50% since October.

With the sportswear maker's first-quarter earnings just around the corner, investors are certainly hoping for better news. However, one recent indicator shows that Under Armour's challenges have likely continued.

Piper Jaffray's semiannual "Taking Stock With Teens" survey is closely watched by analysts and investors, as teens represent the youngest consumers and are just beginning to forge habits and brand relationships that could last for a lifetime. It's no wonder that they are a coveted demographic among marketers. 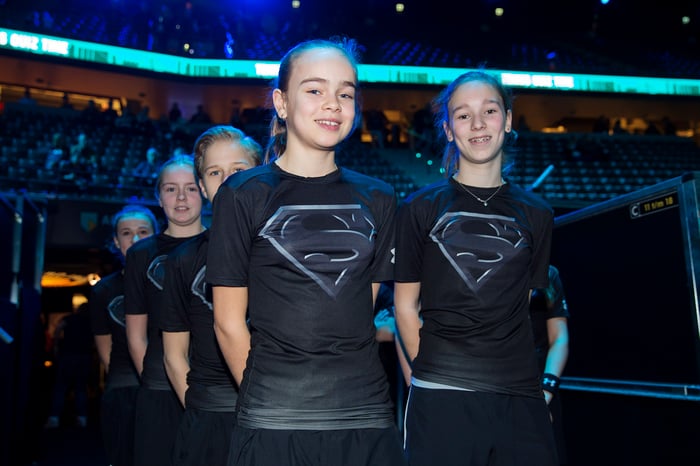 Though the survey found teens reacting positively to athletic apparel overall, with 41% naming an athletic brand as their favorite apparel choice, Under Armour fared poorly. The sportswear brand that has tended to target younger Americans fell out of the top 10 in both footwear and apparel among the 5,500 teens surveyed.

Worse, Under Armour was No. 1 among upper-income males -- a key demographic for the company -- in brands they've stopped wearing with 11% share. That was up from No. 3 or 7% in the fall 2016 survey. Under Armour was also one of a handful of brands on the list that Piper Jaffray said was losing share/relevance. Analyst Erinn Murphy noted that Under Armour's male footwear mindshare remains mired at 1% despite strong sales growth in the area, and male apparel mindshare growth has flattened. Among females, Murphy said the brand is "still not registering."

Meanwhile, Under Armour's rivals like Nike (NKE 4.55%), Adidas (NasdaqOTC: ADDYY), and lululemon athletica (LULU 2.46%) all performed well in the survey. Piper Jaffray found that Adidas was the fastest-growing brand in the survey, which follows Adidas's recent stock surge and sales and profit growth. Its Originals, or classic sneakers, like the Stan Smith and the Superstar were especially popular last year. The Superstar, in fact, was the No. 1-selling sneaker last year, according to NPD Group, dethroning Nike for the first time in more than a decade.

Still, Nike was no slouch in the survey; it dominated footwear and apparel categories. Thirty-one percent of teens listed Nike as their top clothing brand, up from 21% a year ago, and 52% named it their top footwear choice, an all-time high for the brand.

Lululemon, meanwhile, came in at No. 4 with 3% of share in apparel, which was up from just 1% a year ago.

Why this should worry investors

Under Armour is much younger than its two primary rivals, Nike and Adidas, and CEO Kevin Plank, who founded the company in 1996, has long targeted the two largest sports apparel brands. Plank has been successful, consistently taking market share by innovating through technology, recruiting high-profile sponsors, and signing deals with major college and pro teams.

Under Armour has long been popular with those on the playing field, and it's cultivated an enviable roster of young stars like Stephen Curry, Bryce Harper, and Cam Newton, but it has struggled to establish itself as a streetwear brand. The latest numbers from Piper Jaffray show that that isn't changing, and that may explain why it's losing status with teens. More concerning, however, is that Under Armour should be outgrowing the competition, not falling behind. Even after the stock's recent sell-off, it still carries a higher valuation than its peers.

Beyond the disappointing teen survey, another report found that Google trends for Under Armour gear were flat through the first quarter, yet another warning sign for the upstart apparel company.

Analysts already have low expectations for the company this year as they see revenue growing just 11% and earnings per share falling slightly as the company invests in technology and spends on new sponsorship deals such as those with UCLA and Cal-Berkeley.

With teens fleeing the brand, Google searches weak, and a valuation still significantly higher than its peers, Under Armour looks like it's ready to get cut down another notch when it reports earnings next week.