Shares have rocketed 47% higher in 2017, but Civeo Corporation stock will likely let down long-term investors.

Imagine you get a new job conducting exploratory work for a mining company in the Canadian wilderness. It's in one of the most isolated places on the planet, accessible only by waterplane. You'll need to live there for the next six months, but your stay could be extended quite a bit longer. Wouldn't it be nice to have at least some of the comforts of home? Warm showers, hot food, and leisure space to enjoy with your co-workers?

That's where Civeo Corporation (CVEO) comes in. The company provides temporary and long-term workforce accommodations with a "develop, own, operate" business model that spans land purchases and site construction to food catering and laundry services. It has historically piggybacked on the boom cycles of natural resource extraction industries in Canada, Australia, and the United States, but success has been elusive in the commodity downturn of the last several years.

While the relative recovery in crude oil prices has pushed the stock to 47% gains in 2017, a closer look reveals that higher commodity prices alone won't solve the most pressing problems. 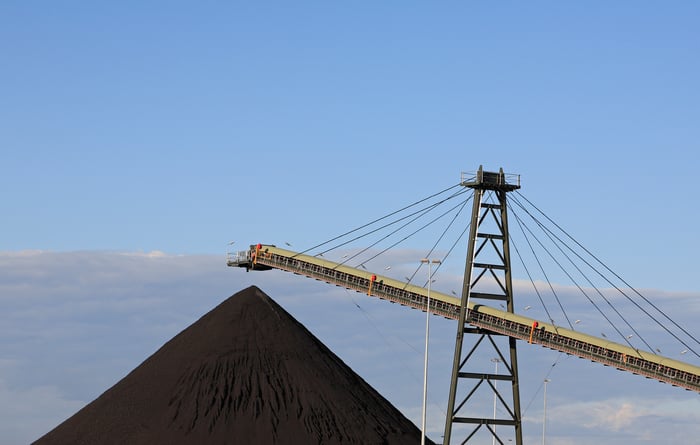 Can operations return to greatness?

Civeo Corporation's performance has been deteriorating at an astonishing rate in the last several years. In 2013 total revenue was $1.04 billion. Last year sales tumbled to $397 million -- a drop of 62% in three years. Nearly every measurable metric providing a snapshot of the company's health saw year-over-year declines in 2014, 2015, and 2016.

Consider the three-year performance of the lodge and village business (supporting multi-year projects) and the mobile and open camp business (shorter duration and quickly moving projects):

Perhaps it's constructive for investors to think of Civeo Corporation like a hotel chain. Rather than being driven by nearby sports arenas and high-profile conferences, the business is driven by drilling and mining activity in key geographies. The more rooms it has available -- the "vacancy rate" -- the cheaper the daily rates for customers. At a system level, a high vacancy rates means the company is less efficient at extracting value from previous investments in land and buildings, which impacts its ability to turn a profit and pay down debt levels. All signs demonstrate this hotel chain is clearly struggling to fill its rooms.

Unfortunately, region- and commodity-specific headwinds hint things may not get better anytime soon.

In 2016 Civeo Corporation generated 70% of its revenue in Canada. Roughly 97% of rooms in the country are heavily concentrated in the Athabasca oil sands. The remaining are located at one lodge on the Pacific Coast targeting LNG terminal growth. The Canadian growth strategy has taken a hit in recent years as low oil prices have pressured higher-cost tar sands production, but some producers may have left the region for good.

The Houston Chronicle recently noted that $24 billion worth of tar sands assets have been sold since last December as producers focus on cheaper production, especially in America's Permian Basin. Global companies including Marathon Oil, Statoil, and Royal Dutch Shell are almost completely divested from the area, while ConocoPhillips is offloading nearly $13.3 billion in assets. Of course, the transactions don't change the fact that the tar sands exist, but the consolidation into the portfolios of Canadian producers could result in focusing on only the most valuable assets.

Meanwhile, the company's operations in Australia, which accounted for 27% of 2016 revenue, would appear to be in a slightly better position. That's because they're supported by a booming market for metallurgical or coking coal, which is used for industrial processes such as steelmaking. But Civeo Corporation hasn't capitalized on the opportunity: Australia revenue fell 50% from 2014 to 2016.

The long-term prospects are even worse. While the industry is enjoying China-fueled growth now, it will likely not last indefinitely. Old-fashioned blast furnaces require copious amounts of met coal, but are costly to operate. The industry has rapidly shifted toward electric arc furnaces, which don't require met coal at all. Should the trend sweep through China in the near future -- as is expected -- then met coal production would shrivel up pretty quickly. That could take 26% of Civeo Corporation's revenue with it.

Investors hoping that Civeo Corporation can reverse a worrisome trend of quickly declining revenue may want to entertain the idea that the company's best days are behind it for good. After all, the combined long-term headwinds in Canada and Australia directly threaten 97% of the company's revenue. In other words, higher commodity prices may not guarantee that the company's business will return to its historical form. Investors betting on a bright future should heed the warning signs in plain view.

Here's Why Civeo Corp. Rose as Much as 14% Today