Seaspan Corporation (NYSE:ATCO) endured its share of challenges last year. Two of the most pressing were the bankruptcy of one of its customers (Hanjin) and record-low charter rates for smaller Panamax vessels. Those two issues weighed on the company's financial results, forcing it to take actions to shore up its balance sheet.

Unfortunately, those challenges will not simply fade away now that the calendar has flipped to 2017. Because of that, the company's first-quarter results will likely remain under pressure. Here are five things to keep an eye on when it reports next week. 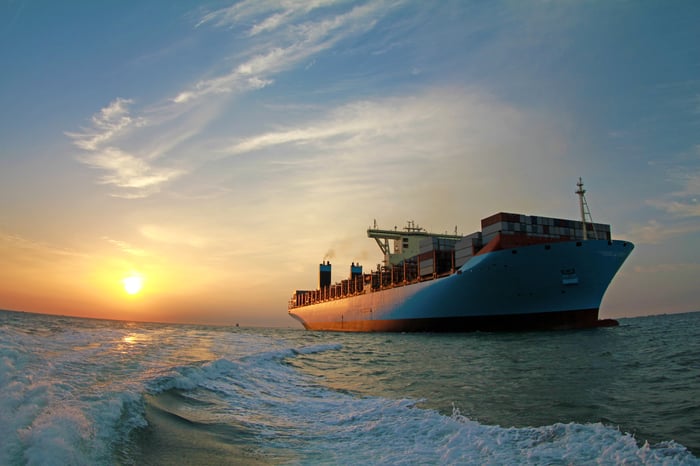 Last quarter, Seaspan provided the following forecast for the upcoming first quarter. The company thought that revenue would be in the range of $200 million to $204 million, which at the midpoint would be down 6.3% year over year and 5.3% sequentially. Meanwhile, it projected that costs would be roughly flat with last quarter, suggesting that earnings and cash flow will continue to sink. What investors should focus on here is revenue, which ideally will come in at or above the high end of the range.

The impact of Hanjin

One of the reasons Seaspan sees revenue sinking is due to the bankruptcy of Hanjin. That event forced the company to cease collecting income on four vessels after it canceled those charters. As a result, three of those ships were off-hire last quarter while it scrapped the fourth due to the unlikelihood that it could lease the ship at acceptable rates in the future. While that event was a blow to Seaspan, because it operates 87 vessels, the bankruptcy wasn't quite as devastating as it was to rival Danaos (NYSE:DAC), which lost the contracts of eight of its 59 ships. That said, Seaspan now needs to find new customers for these vessels while rivals like Danaos are scrambling to get their ships leased. Because of that, investors should look to see what the company said about its ability to secure new customers for these ships.

The other weight on Seaspan's revenue is its short-term Panamax fleet, which supplies 6% of its revenue. Last quarter, the company noted that spot rates for these vessels were not only at record lows but currently below breakeven levels, which is unsustainable. Because of that, it expects this market to recover, which could drive a meaningful increase in revenue. Given that impact, investors should wait to see what the company sees over the horizon for Panamax rates. 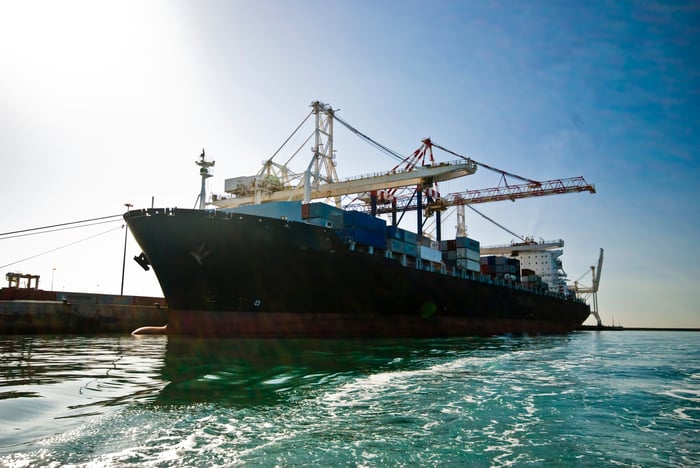 Because of the challenges in the shipping market, Seaspan has been proactively securing capital to finance its newbuild fleet as well as to refinance upcoming maturities. Furthermore, the company raised more than $660 million in equity capital to reduce debt and strengthen its balance sheet. As a result, its net debt-to-equity ratio stood at 1.7 times, which is below its 2.0 times target. That said, one of its goals for 2017 is to grow its long-term contract backlog by acquiring leased ships. To do so, it will need to maintain a strong balance sheet and access to capital, which is why investors should look to see if the company made any additional moves in the first quarter to lock up more money.

The outlook for acquisitions

Speaking of acquisitions, one of the reasons Seaspan slashed its dividend was to give it additional cash to make deals. The company has already been active in the mergers and acquisitions market by purchasing four small vessels last quarter, though those replaced five older ships it either sold or scrapped during the quarter. That said, the management team made it clear on its most recent quarterly conference call that it wants to take advantage of distressed opportunities that will grow not just its fleet but the long-term contract backlog. Because of that, investors should be on the lookout for what the company has to say about the opportunities that it's pursuing.

After a challenging 2016, there's hope that Seaspan can turn things around in 2017. While it still has a couple of near-term challenges to overcome, it made several moves last year that position it for success in 2017. What it needs to do now is leverage its improving balance sheet to take advantage of opportunities in the marketplace that will deliver meaningful long-term growth. If the company shows signs that it's heading in that direction, it could be just the catalyst needed to turn this sinking ship around.